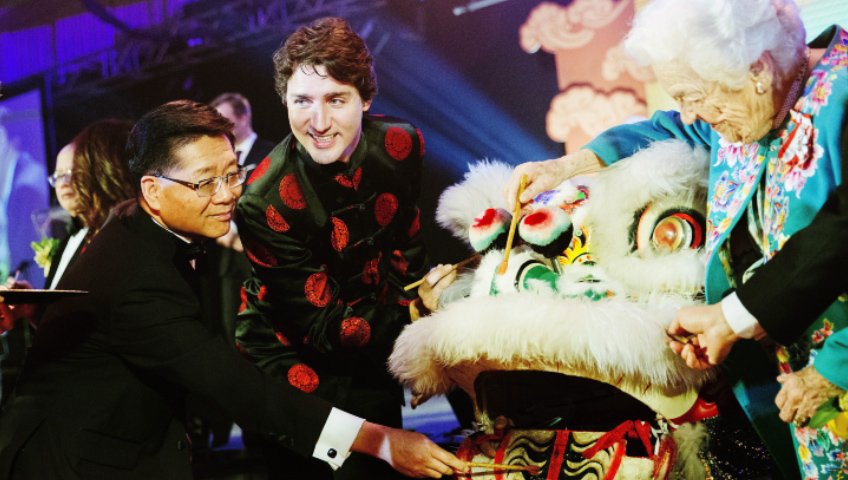 Censorship in China is implemented or mandated by the PRC’s ruling party, the Communist Party of China (CPC). The government censors content for mainly political reasons, but also to maintain its control over the populace.

The Chinese government asserts that it has the legal right to control the Internet’s content control over the populace.

Reporters Without Borders ranks China’s press situation as “very serious”, the worst ranking on their five-point scale. In August 2012, the OpenNet Initiative classified Internet censorship in China as “pervasive” in the political and conflict/security areas.

So says Wikipedia.  CAP has very definite opinions on media in Canada as it relates to communist media control in Canada: the prime minister of our nation, Justin Trudeau, is emulating the media structure of China within our society.

According to the South China Morning Post, the Chinese government issues orders on a regular basis to ‘guide’ coverage of individual sensitive issues. As a result, media organizations submit to self-censorship, or run the risk of being closed down.

Did Justin Trudeau and his Liberal culture-killers not recently issue a “guide” to all major media outlets in Canada? Do they not have to adhere to the censorship agenda of Trudeau in order to qualify for government funding?  Yes, Justin attempted this exact thing.

Additionally, Mr. Trudeau has made several attempts to strong-arm major social media players into buying into his Canadian censorship programs. As it happened–hidden by media–is that Zillionaire Zuckerberg didn’t give a flying fig what our pseudo-dictator had to say about these matters.

Another tid-bit: The Chinese government regulates the creation and distribution of materials regarding Chinese history.

Any card-carrying Canadian worth their salt understands the relationship between the Liberal Party of Canada, and Canadian history. By way of globalism, multiculturalism and “die-versity” the history of Canada has been appropriated by government, and our history now exists as little more than a litany of racism against all non- Anglophone Canadian communities.

In other words, Pierre Trudeau and Justin Trudeau established “self-loathing” as a fundamental of Canadian history. Think about it– nations such as Pakistan, Iran, Saudi Arabia, Afghanistan and Iraq  infinitely “out-work” Canada in terms of racism, bigotry and community oppression.

Yet, most curiously–it is Canada which is racist “to the core.” A strange dynamic, no? Of course it is–because this is a component of the globalist plan to our nation from its rightful owners according the democratic theory–the people of Canada.

In truth, Canada only began hating itself after Pierre Trudeau became PM in 1968. Why? Because Pierre Trudeau hated Canada– at least the English part of the picture.

Justin’s malevolency is so strong that he is breaking Canada apart as we speak. Alberta, Wexit, Pipeline Protests. Anger and resentment between the various identifiable communities of our nation.

In China, major media outlets receive guidance from the Chinese Department of Propaganda on what content is politically acceptable. The PRC (People’s Republic of China) has historically sought to use censorship to ‘protect the country’s culture,’ and is seen as the cultural authority of China.

But of course, once the globalist seize full control, media will shift into an exact replica of Chinese-style propaganda delivery. In fact, they already have.

The Communist Party also often employs teams of journalists to write articles under pseudonyms for the People’s Daily, the official newspaper of the Chinese Communist Party, as well as other journals.

According to outspoken Conservative MP Pierre Poilievre “Justin Trudeau thinks it is the job of the media to shower him with praise and coincidentally, in an election year, he’s forcing Canadian taxpayers to dole out $600 million in order to buy Trudeau the media’s support as he goes to the polls.”

Bingo–there you have it. The ruling government of Canada have morphed our establishment media into a replication of media in China. Won’t the people of Canada ever be angry when they discover this reality?

But wait–there is a problem. How can 37.7 Million Canadians come to comprehend Trudeau’s communist emulation of media on this basis? Simple as pie–they cannot.

Speaking of the “old” here is a tasty quote from Wikipedia:

“The goal of the Cultural Revolution was to get rid of the “four olds“— “old customs,” “old culture,” “old habits,” and “old ideas.”

CAP Opinion: The goal of the Liberal-Globalist-Third World revolution in Canada is to get rid of the “four olds”:

This “revolution” is occurring as we speak by way of mass 3rd World immigration, anti-Anglophone “multicultural” propaganda, media manipulation and Marxist academia.

The Canada of 2020 is nothing like the Canada of 2014. Our society is no longer free and democratic as articulated within our constitution.

Justin Trudeau has brought communism to Canada, and for every day he remains leader of our nation,  freedom and democracy will be chewed away at not unlike the way a beaver chews  upon a log.