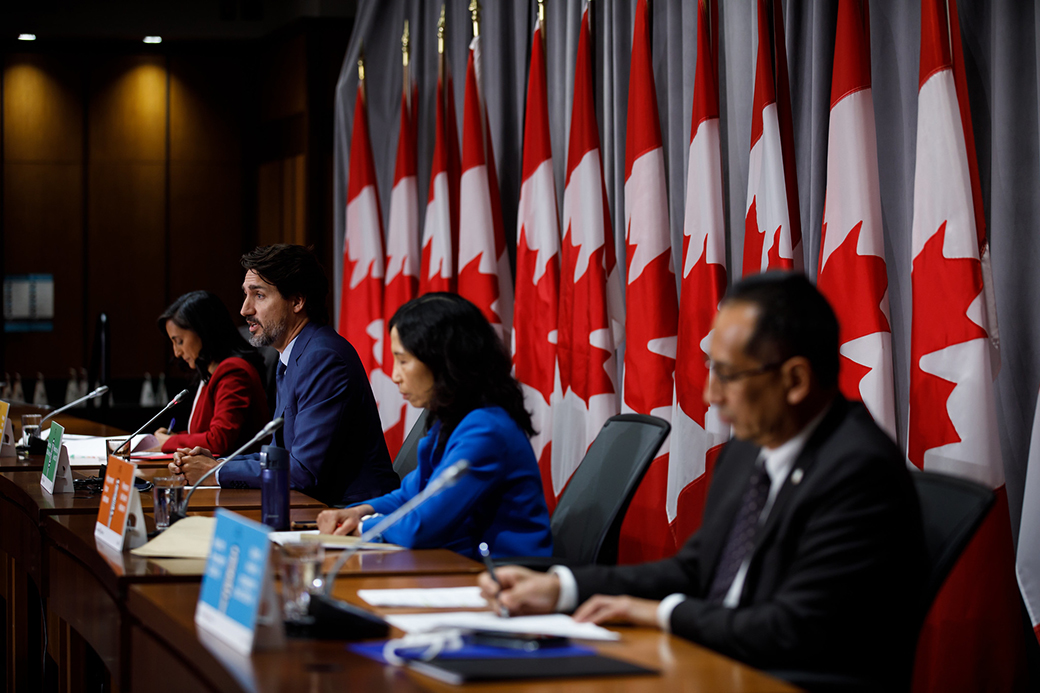 The Liberal Government of Canada has informed its citizenship that non-compliance with the ArriveCAN requirement can result in fines or enforcement, in addition to a quarantine order.

“I see how seniors get segregated in the sense that if you don’t have a phone, a smartphone, if you don’t have the Internet, you’re just a nobody,” stated Joanne Walsh, age 71, in response to her failure to comply with federal government policy.

In an interview with True North News, Walsh said that she refused to download the ArriveCAN app because it’s her belief that “Trudeau and his henchmen unfairly target seniors since many of them do not own a cellphone.”

Walsh “couldn’t believe her ears” when told by Canadian Border Services that if she did not complete the ArriveCAN app, she would be subjected to a 14-day quarantine. Even though Walsh presented proof of vaccination, CBSA was adamant that she use the app. She did not use the ArriveCAN app and was quarantined as a result.

“I shouldn’t have to go through this, no Canadian should. Just because I don’t want to put an app on my phone,” Walsh angrily stated in the video.

Let us understand this scenario in proper context. The Canadian government are not subjecting this lady to a 14-day quarantine period for being Covid-positive. Her incarceration is not based on receiving or not receiving Covid vaccinations.

The entire premise is based on the fact that she didn’t use the ArriveCan app as demanded by government.

“We were given an option to either add my dad to my ArriveCan App, or be issued a $5,000 fine.” The elderly man is not technically proficient, and doesn’t own a cell phone.

“You must isolate after testing positive on your arrival molecular COVID-19 test that was provided to you at the border, you must stay in mandatory isolation for 10 days, even if your province only requires 5 days of isolation.”

Translation: Our country is in deep, deep trouble. It literally appears that Canada has been hi-jacked by a post-modern form of totalitarianism. CAP expected so much upon the installation of Justin Trudeau as prime minister, but we never thought it would be this bad.

Of course, in the eyes of the Canadian majority, it isn’t this bad. Accept mainstream media presentation at face value, and the average citizen won’t be aware that Canada has fallen into neo-communist status.

As CAP has stated ad nauseum, PM Justin Trudeau is administering a political agenda to transform our nation into a post-modern dictatorship. Like the government of China, personal data accumulation has become the lifeblood of the Liberal government.

They want to know who you are, where you have been and where you are going. ArriveCan is a vehicle for creation of government databases to store private citizen data. The technology model comes from China, as well as its authoritarian purpose.

Taking a high-level view on these matters elicits a social condition verging on the thematic: systemic persecution of a particular class of Canadians. Many readers will be familiar with what Cultural Action Party view as a staple of Liberal neo-communism:

“Accuse the other of that which you indulge in.”

Persecution in Canada is positioned by government, media and academia as a non-racialized versus racialized social dynamic. The oppressors and sufferers have been defined by our leading institutions. We know who the chosen are by now– 3rd World migrants, Muslims, Sikhs, Chinese, Homosexuals and Transsexuals.

CAP has other ideas. The elderly Canadian “market” are at the top of Trudeau’s persecution totem pole. In fact, let’s make that the entire Old Stock community. The Canadian-born, multi-generational communities. Anglophone and other citizens of European stock. Those who follow the Christian faith. Westerners and Conservatives, Pro-Lifers, and such.

For what reason would our government transition these people to the unwanted of society? CAP will take a stab at it: because these are the people who will most resist Trudeau’s Woke Revolution.

Therefore, they become the neglected. Let us do a cost-benefit analysis. An elderly Canadian in palliative care costs the state $1400.00 per-day. A euthanasia experience comes  in at $600.00 all-in.

According to Marxist doctrine, each person has a value within the state. The non-productive are a burden to the economy, and serve little purpose otherwise. And without a purpose, the citizen becomes extraneous.

This is the way totalitarian government views society. Individuals have a role, and so do communities. Government mold these groups into what is politically expedient. In Canada’s case, LGBT communities serve a political purpose, as do Blacks, Muslim, Sikhs et al.

The same exists for Old Stock communities. Have we not been on a steady path toward vilification for the past seven years? Does the process not align with the advent of Justin Trudeau as prime minister?

Every piece of the puzzle formulated with full intention. As it applies to every aspect of society. This is how the 12-man politburo in China control 1.3 billion citizens. It is how Justin Trudeau and a gang of seditious globalists have captured Canada.

“I was in shock,”  remarked traveller Joanne Walsh. “In my wildest dream, I wasn’t expecting a quarantine because I’m vaxxed.”

Totalitarianism seduces a society in step-by-step fashion. Today, a Canadian can be quarantined for reason apart from having Covid. What’s next on the agenda, jail-time for indulging in thoughts opposing Canada’s transition to a dictatorship?