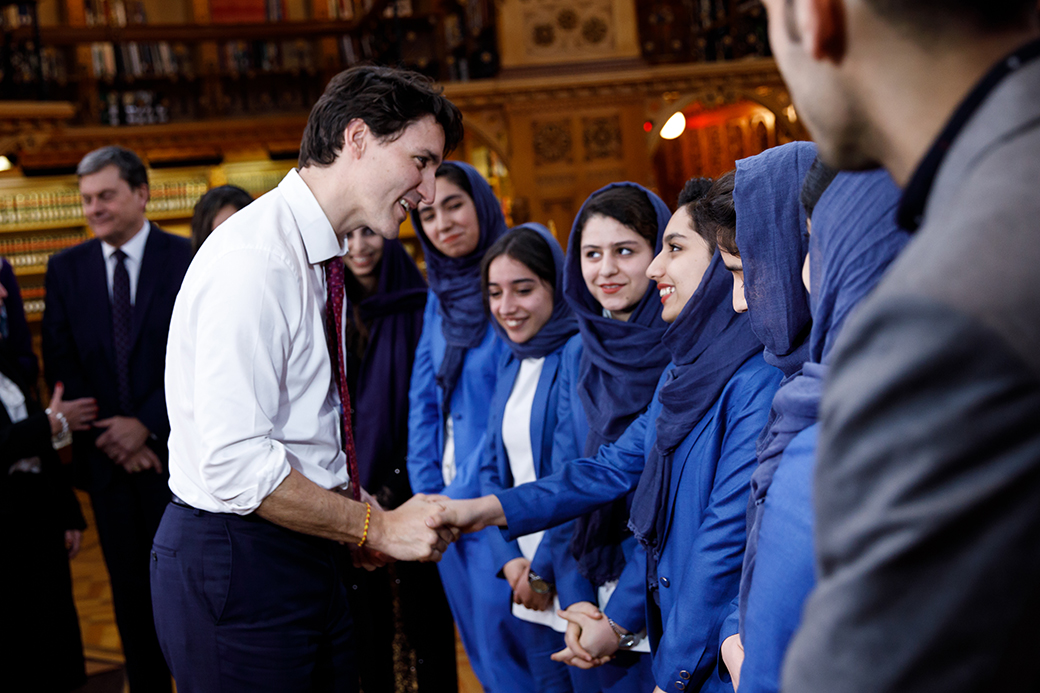 Canadian Ambassador David Sproule has been sent to walk a slippery slope. A former Ambassador to Afghanistan, Sproule been selected to negotiate with the Taliban on behalf of national interests.

What are these interests? To give even more Canadian tax-payer dollars to the Middle Eastern nation. Taliban representative Suhail Shaheen is all ears.

As quoted on Twitter, Shaheen stated the goal is to “resolve issues through talks and understanding based on mutual interests and positive interaction.”

“The participants reiterated their commitments to continue humanitarian aids to Afghanistan. I told them IEA is a reality and we are ready to engage with the International Community.”

Why wouldn’t the Taliban be ready? The scenario involves adding to the $3.6 billion in international assistance Canada has provided to Afghanistan over the past twenty years.

Cultural Action Party has done a great deal of research on the under-exposed area of foreign aid. Here what we learned:

There exists a poorly understood dynamic regarding western nations shipping billions of funds–much of it unaccounted for– to Middle Eastern/African nations each year. A cynic might argue it has resulted in a fleecing of billions from Canada and other democratic nations on a recurring basis.

Media say nothing. Intergovernmental Affairs Minister Dominic LeBlanc says he thinks it’s “responsible for Canada to be participating in conversations with the Taliban.”

“It in no way signals that our government has any intention of recognizing the Taliban as a legitimate government in Afghanistan.”

Canada did recognize them on May 9th, 2013. This was the day legislation passed that officially designated the Taliban as a terrorist organization. Seven years later, the Liberals are negotiating with them for yet another financial transfer to Afghanistan.

In a 2017, Ottawa Citizen published an article questioning whether aid funds earmarked for Afghanistan’s largest education program were misappropriated.

In 2021, Justin Trudeau is putting his trust in the Taliban. The level of absurdity boggles the mind. Should Canadians be surprised? Of course not. To empty one’s mind of government rhetoric is to recognize an omni-present theme:

Since the day Justin Trudeau became prime minister, our government has progressively ingratiated Middle Eastern governments, as well as factions of militancy.

This being PM Trudeau’s unique gift to Canada. It had to be done. It’s not like Trudeau Jr. would permit Papa Pierre Trudeau to usurp him in the area of Liberal-Globalism. Trudeau Sr. who did the very same thing with communist China.

One has to understand the mentality. According to the Trudeau-family, Canada is a colloquial, back-water nation. We must broaden our horizons. Father and son accomplished this by unilaterally opening a door to a progressive erasure of national sovereignty.

No vote, no referendum, no mandate– no democracy. Interesting to note the synergy with multiculturalism— another example of Trudeau-centric unilateralism. The result is globalism on both a domestic and international capacity. As founded by two individuals from one family.

In 2021, we experience the fruits of the Trudeau labours in negotiating with Islamic terrorists.

“This is not the first meeting Sproule has had with the Taliban since they took control of Afghanistan,“ say CTV News. No doubt it will not be the last. After all, three-time winner Justin Trudeau has always held terrorism close to his heart.

“The Liberal Party believes that terrorists should get to keep their Canadian citizenship …because I do.”

If this statement doesn’t sum up the attitude, what does?