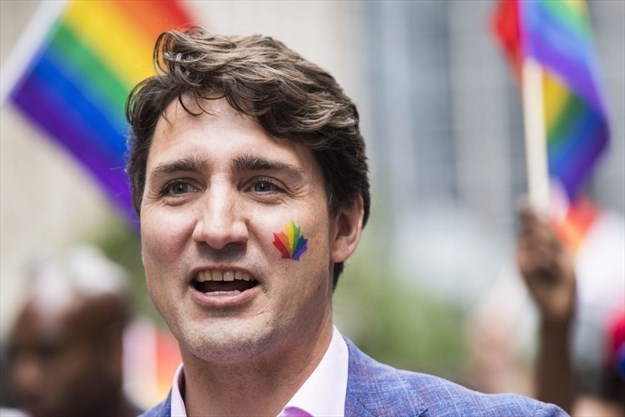 Dr. Bowers is concerned that “children are, on the basis of little or no clinically-proven evidence, being subjected to immediately harmful, complicated, and often irreversible medical and surgical interventions.”

Erica Anderson, President of the U.S. Professional Association for Transgender Health, is clear that “for youth, the unavoidable short-term harms outweigh the theoretical long-term benefits.”

Canada disagrees. Of course, when referring to “Canada,” we do not mean the general population of our country. Rather, the detractors are found in what Cultural Action Party refer to as “institutional” Canada– our Liberal government, media, academia, health and legal industries.

The difference is vast. Since Justin Trudeau became Canadian prime minister in 2015, a wall has been drawn between the people and the government. In basic terms, Trudeau and the Liberals maintain policy diametrically opposed to the will of the public.

Media neglect to reference Canada’s post-Covid transition to a pseudo-communist state. They are being paid to do so by our ruling federal government.

As such, most of us are failing to comprehend the reality surrounding transgenderism in our society. Outside of the woke Canadian media bubble, controversy continues to build:

“Gender transition requires potent medications and irreversible surgery. Every other medical treatment involves discussion about risks and benefits: the bedrock of informed consent. Even before referral, physicians have a duty to inform patients about what they might expect.”

But not when it comes to transgenderism. Why is it that gender reassignment holds a sacrosanct position in Trudeau’s Canada? Witness as fiduciary duty is tossed aside. In our country, physicians are afraid to provide proper care for their gender dysphoric patients.

Outside Canada, people have shifted away from unquestioned affirmation of transgender procedures– particularly for our youth. The change resulted in regulators shutting the doors of the Tavistock Gender Clinic in the U.K. this year.

While questioning transgender practices is gaining momentum in most western nations, the federal government of Canada has very different ideas on the topic:

“Students of any age at both the elementary and secondary levels can request to change to their gender pronouns and name at school without the knowledge of parents or guardians”, according to a school board policy in Windsor-Essex.

“A school should never disclose a student’s gender identity, chosen name and/or pronouns to the student’s parent or guardian without the student’s explicit prior consent.  This is true regardless of the age of the student.”

What this situation represents should be understood by all Canadians. We have here a social dynamic in which parental rights are sublimated in favour of government control.

Father of communism, Karl Marx, is the founder of this social dynamic.  In the Communist Manifesto of 1848, he called for the abolition of the family.

“Marx understood understood that the way to completely change society was to destroy the most important civil society institution– the family.”

By usurping parental control, the Trudeau government have played a neo-communist card in the form of “gender fascism.”

Did you know? Not once has the Liberal Government of Canada issued any form of caveat regarding the dangers of gender therapy and sexual transition. For Trudeau and Cabinet, all systems are go, and have been since the day he became PM in October, 2015.

Is the Liberal’s trans-protectionism indicative of a form of neo-communism in Canadian society? Absolutely, say CAP.  It is a preconceived manifestation of everything communism has to say about the family.

One mother said she believes this policy ripped her family apart and kept her from being involved with her transgender child’s journey from the beginning. CBC News has chosen not to name the mom to prevent inadvertently outing the youth, who is in high school.

“If you don’t educate the family, but you’re letting the child learn all about [their] new gender, you’re screwing me over [as a parent],” she said. “You’re putting me in a place where I cannot win.”

“Now we’re a fractured family with one giant chunk missing that I can’t find and it hurts.”

The exact tenets of Marxist theory on the family. As it is occuring in Canada– not China, Cuba or the former Soviet Union. What was it CAP said about creeping communism within our nation? Is Justin Trudeau knowingly converting our country to a neo-communist state?

“They note the increasing incidence of, often temporary, rapid onset gender dysphoria  where youngsters express an interest in changing from their birth sex, an interest that diminishes or disappears as they get older.”

“Bowers and Anderson emphasize that many people change their minds. And yet at exactly the same time that these alarm bells are being rung, the number of young people now receiving gender affirming care leading to transition is skyrocketing.”

Is transgenderism, in fact, an industry? Is this a money-grubbing ploy by Big Pharma to maximize profits at the expense of the physical and mental health of our children?

CAP certainly wouldn’t rule it out:

“The LGBT rights agenda has become a powerful, aggressive force in American society. Its advocates stand at the top of media, academia, the professions, and, most important, big business and big philanthropy.”

No wonder Justin Trudeau was seen prancing around in Pride Parades during his first five years in office. These are his kind of people– those with power and money to manipulate society for the benefit of themselves, and detriment to average citizens.

“Sex reassignment from male to female or female to male is not a benign medical procedure. Hormones and puberty blockers influence growth and development, and trans people are subject to increased risk of illnesses,” says a recent paper from the  Macdonald-Laurier Institute.

We draw a conclusion: the trans-activists are disingenuous. Feigning concern for human rights, the true motivation is power and money. Family fragmentation is good business. Justin Trudeau, CBC, corporate media, big pharma and healthcare know it to be true.

38 million Canadians– not so much. Have our general population been hoodwinked? We stand witness as Canadian parents are left powerless by government.

In this we discover another aspect of Canada’s conversion to communism. Marxist revolutionary theory is rooted in social division. The fragmentation of society by all-means-possible. Religion, ethnicity, sexuality, gender, family– all are grist for the mill when transfering a democratic society into a nascent socialist state.

Is transgenderism another tool in Justin Trudeau’s kit-box of social degeneration within Canadian society?

In some ways, the divide within Canadian society is basic: while the public desire authentic democracy, our controlling institutions are transitioning our country to a neo-communist state.