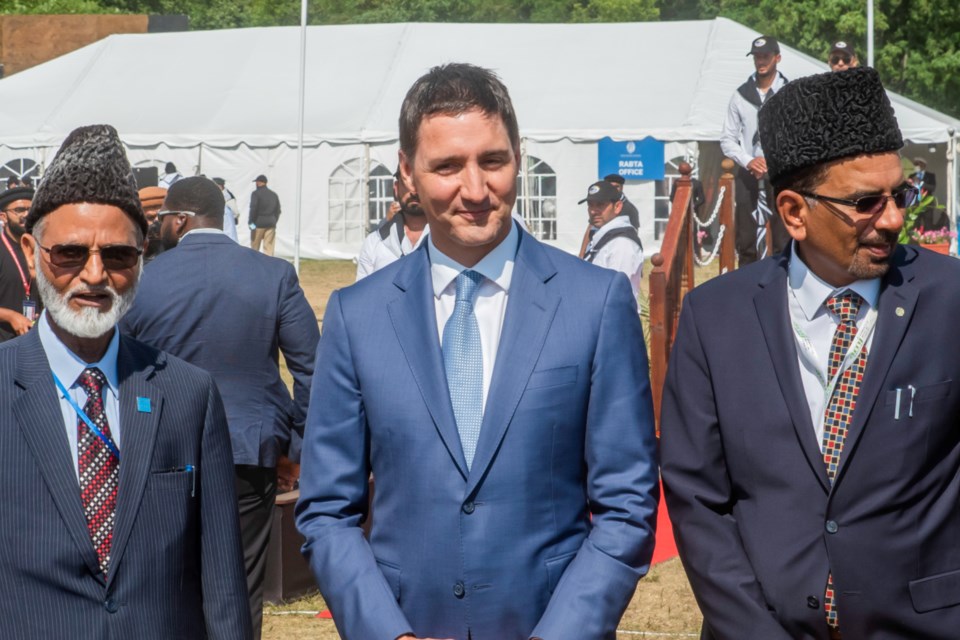 According to the Toronto Sun, Canada’s Liberal government “is investigating an anti-racism consultant they’ve paid over $100,000 dollars.”

Minister of Housing And Diversity Ahmed Hussen has asked the Department of Canadian Heritage to “look closely at the situation.”

Given PM Justin Trudeau’s attitude toward religion in Canada, Hussen will take a look, and return to his personal speciality– advancing 3rd World Immigration, Diversity, Islam, Africa and Multiculturalism in Canada.

One must appreciate the religious “pecking order” established by the Trudeau government. At the top of society’s religious totem pole is Islam, followed closely by Sikhism. Further down the chain, we discover our country’s shunned religious communities. Judaism isn’t exactly a priority, but it comes in above post-modern Canada’s lowlife of religions: Christianity.

So half-Somali citizen Liberal Cabinet Minister Ahmed Hussen gets a tad worked up about vile statements against Jews. Give it time, it will pass. The main order of the business of religion will not change one iota. Like all aspects of Canada’s “Woke Socialist Revolution,” the fundamentals are cast-in-stone.

“Meet Laith Marouf, one of Canada’s most vile anti-semites. The government gave him a $133,000 grant to build an “anti-racism strategy” for Canadian broadcasting. That’s like paying Jack the Ripper to run a women’s shelter. Top officials must take responsibility and resign.”

That and a loonie will get you a cup of Tim Horton’s coffee. Canada’s religious hierarchy is set in concrete. Within a generation, Islam will be our most prominent religion. No politician apart from Justin Trudeau(Hussen being a close second) hold greater responsibility for an inversion of Canada’s religious structure.

“Something is deeply rotten in @CdnHeritage. A drooling anti-semite & Assadist gets a contract to instruct the CRTC in “anti-racism” and nobody notices?” says journalist Terry Glavin.

Canada’s cultural degeneration as advanced by PM Trudeau comes in the form of a perpetual inversion of truth– as exemplified by the Department of Heritage. The closer one looks, the more one comes to realize that this branch of the federal government is dedicated to the decimation of our national heritage. Their approach to cultural identity is, in fact, frightening.

In terms of anti-racism, it is arguable that the Canadian Anti-Hate Network promote prejudice against an identifiable community: Anglo-European Canadians.

In Trudeau’s “no core identity” Canada, everything is inverted and upside down. In terms of race-relations, our society has degenerated into a jumble of absurdist theatrics. CAP believe the Liberals want it this way. A fractured, chaotic social fabric being the very best thing for our country’s transition to socialist dictatorship.

Spilled tons of ink– and made the problems worse than ever? Yes– with full intention on the part of government.

“Like others who claim to be progressive, Trudeau Liberals have been so busy making racism complicated, that they’ve forgotten that calling out racism is actually straightforward. There’s no need to concern ourselves with ivory tower ideas like microaggressions or critical race theory.”

There’s no need, but it will continue anyway. Why? CAP summarize with a single word: ideology.

In 2022, ideology controls Canada. While the conversion process has been subtle in application, it’s impact is monumental. For purposes of obfuscation, mainstream media are being paid by the Feds to sublimate our conversion to an authoritarian state.

Away from the media spotlight, Canada has transitioned to an ideologically-based society. Forget the economy. Bollocks to unemployment rates. Decimate the energy industry; forget the farming. Hot damn– government can get away with anything– as long as political ideology remains at the apex of society.

Those who believe in Justin Trudeau believe that his world-view is unquestionably righteous. Climate change, carbon emissions, racism, homophobia– this is the glue that keeps the woke liberal left united in support of the Liberals.

Superseding all elements of society, ideological belief keeps Justin Trudeau in power. As long as the surface says that rights for the racialized is top priority, Canada will morph into a neo-communist state devoid of public push-back.

Thus, Justin Trudeau continues to make a mess out of Canada, yet remains in power.

“It should be simple, and it used to be. Before political correctness made it difficult for Canadians to have honest conversations with one another, most of us agreed that if you hate people because of what they look like or where they’re from, you’re a racist.”

Tell it like it is. This is Justin Trudeau’s Canada. Truth is sublimated by propaganda. Racism has been twisted into political weaponry. Ethnic and religious communities battle it out to accumulate power within our pluralist society.

Who wins in the end? This would be the Liberal Party of Canada. So successfully have they divided society that they arrive at perpetual control of our nation.

Where did they learn these fancy tricks? Is there a source for the chicannery being utilized to divide and conquer Canadian society?

Of course there is. In the world of political science, it’s called Marxism. In terms of practical application, it is known as Communism. Strategists in the Liberal government shadows have gone and applied authoritarian techniques of history to present-day society.

“Officials in Ottawa may have missed Marouf’s comments in their vetting process because, for Canada’s Liberal government, anti-racism is about optics, not substance.”

Absolutely true. Public perception underlies all decision-making emanating from the PMO. Ours is a superficial federal government, headed up by a specious national leader with an untreated condition of Narcissistic Personality Disorder.

Canada– you fate is sealed. Unless the Liberal Party lose the next federal election. Under Justin Trudeau, politics has transitioned to the status of a fundamentalist religious ideology.