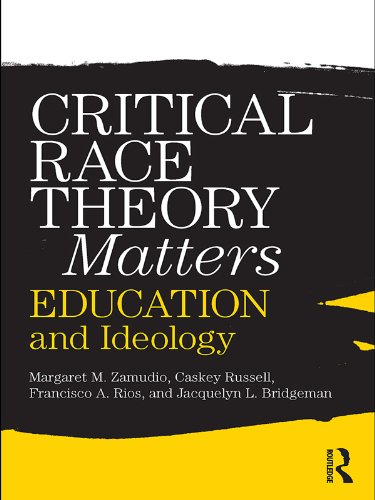 A quick glance at the government of Canada’s recent anti-racism materials conjures up a feeling of deja vu. Many politically aware Canadians have witnessed this form of pseudo-intellectualism at some point in the past.

How very “Black Lives Matter” is the messaging. Introducing Anti-Racism policy via the government of PM Justin Trudeau:

So say those who want to own all race-oriented issues for themselves. Is the government of Canada informing citizens that racism against white people is an impossibility?

Yes, they are. Can Cultural Action Party bust through their rhetoric to bury the premise?  It’s really not that difficult:

In August, 2018, the Canada Revenue Agency took action against the Ottawa Islamic Centre and Assalam Mosque following audits that raised concerns about its roster of guest speakers.

“Many of the views expressed by the organization’s speakers are misogynistic, homophobic, racist and/or promote violence,” the CRA Charities Branch wrote in a letter sent to the mosque president.”

Bingo–case closed. In truth, a plethora of examples of this nature have occurred in Canada in recent years.

Is it an impossibility that racism was a factor when a Syrian refugee murdered two white school girls in the Danforth area of Toronto in 2018?

Do tell, sociological geniuses at Global Affairs Canada— can anyone rule-out racism in the case where are Sudanese refugee used a machete to kill a white doctor in Red Deer, Alberta in 2020?

Still, the pseudo-intellectuals are not convinced. A “stiff-necked people” are they.

How verbose this is. Why not get straight to the point: the anti-caucasian brigade are demanding a privilege to maintain an exclusive on racial oppression. Simply put, they want a monopoly on the “racial suffering market.”

License To Oppress: “Racialized” Canada are to be free to trash Anglophone-Canadians to their hearts content, while “whitey” remains the exclusive purveyor of racism in Canada.

Insane, isn’t it? But not nearly as crazy as the Liberal Government of Canada endorsing the affair.

Talk about kicking up a dust-cloud of community resentment. Anything more extreme, and white Canadians would be relegated to petrie dishes while Dr. Diversity inspects them under a micro-scope.

A program of depersonalization all this is. The irony is palpable. The anti-racism movement are stereotyping in a manner identical to what they claim North American caucasians have for centuries done to their people.

What– all of us? Are you saying every living and breathing caucasian Canuck is out there gunning for Eurocentric dominance as we speak?

Cultural Action Party do not buy what the reverse-racists are selling–and neither should any other Canadians. White, black, brown, beige–what we have here is a pile of anti-Anglophone “Great Reset” propaganda.

Anyone recall the  Charter of Rights and Freedoms— the cornerstone of civil rights in Canada? Here we speak of a Pierre Trudeau-created mandate that the multicultural left has been leveraging for the past 40 years.

Does it matter to anyone that the Trudeau government-approved anti-Racism program is in breach of the constitution of Canada?

Now, for the scary part– it doesn’t matter in the least.