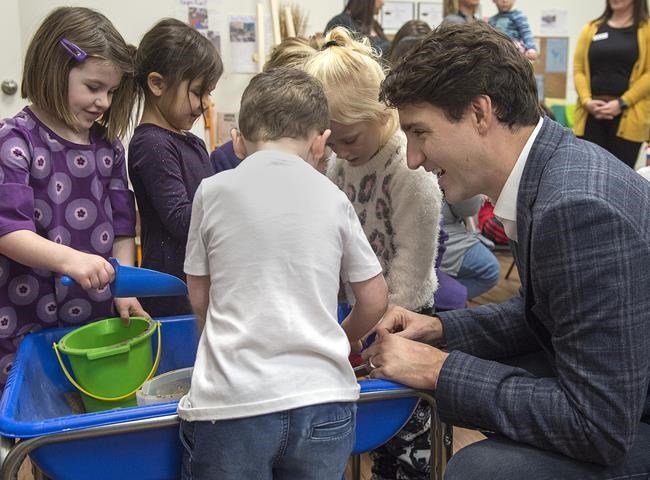 “Relaxing Euthanasia laws in Canada so children can be offered assisted dying would tell sick young people their lives are not worth living.”

As extracted from an article published this week by the U.K.’s Daily Mail. We note a difference in tone, emblematic of a divergence between international coverage, and that contained within the woke media bubble in Canada. The anger is more visceral; the outrage more pronounced.

“Canada has some of the loosest assisted dying laws in the world, and from next spring, people with mental illnesses will be able to request euthanasia. Relaxed laws have seen MAID cases surge ten-fold in five years to 10,000 in 2021.”

Mike Schouten, an activist whose son Markus died of cancer earlier this year, said the highly-controversial policy sends a “message to patients like his son that caregivers are giving up on them.”

Upon which CAP go straight to the source: ultimate responsibility for the Euthanasia-For-Youth movement falls on the shoulders of PM Justin Trudeau. In 2016, his Liberal government introduced systemic assisted dying to society. Based on an “aging population and workforce, it is obvious that Canada’s “Old Stock” populations are those who most indulge.

Today, alarm bells are ringing. Not content to limit assisted suicide to Canada’s physically ill, Mr. Trudeau approved an expansion to citizens with mental illness. Dissatisfied with these parameters, the Liberals lowered the age requirement to 18 years.

Seemingly discontented with this structure, media in Britain and around the world send out warnings related to another parameter expansion: an application of Euthanasia to Canadian children.

Those of us in CAP’s age bracket may recall this phrase. In retrospect, one would believe this came from another millennia. In fact, these are lyrics from the theme song to Montreal’s Expo 1967 celebration.

Despite Canada’s shortcomings, back then citizens took pride in our country. Speaking bluntly, the Trudeau family– Pierre followed by Justin– destroyed this national sentiment. Canada was thereby sent on a path toward perpetual self-hatred. Merci, Trudeau-family communists.

Or perhaps it is not Canadian society as a whole, but rather, our controlling institutions. Transitioning to utilitarianism found within communist societies Justin Trudeau’s sunny ways have progressed into dark days for Canadian-born citizens.

Can it be that, in terms of draconian legal measures, there are laws in Canada which outstrip authoritarian nations such as China? It’s true– although Canadians won’t be hearing about it from CBC and corporate media.

“From March 2023, patients with mental health issues but no qualifying physical ailment will be able to request MAID if doctors consider their condition ‘intolerable’”.

“A Parliamentary committee is also looking at whether children deemed to be ‘mature minors’ should be offered assisted dying.”

Joy to the world. Witness as Canada morphs into a replica of authoritarian nations so admired by Justin Trudeau, as well as Pierre Trudeau before him.

Mr. Schouten said Canada’s lawmakers are “intent on removing any safeguards around MAID with the view that whoever wants to do it for whatever reason ought to be able to.”

CAP agree– the end game is one in which any Canadian can expire by Euthanasia. Today, we witness the incremental, step-by-step methodology to arrive at this social standard.

It’s pure Justin Trudeau. At its core, Canadian Euthanasia policy is pure communism. Media won’t say it– but it’s the truth, straight up.

How that for Sunny Ways, fellow patriots? This  Trudeau person is like some kind of sick joke. Even a clown wouldn’t proclaim “sunny ways” and follow it up with death days for Canadian youth.

Not a problem, say the CBC. “You pump 1.2 Billion dollars per year our way Mr. Trudeau, and we will support the most outrageous policies ever enabled by a Canadian government.”

“The real danger lies in the vagueness, latitude and sense of laissez-faire brought about by the unique interplay of such an ethically complex and emotive policy area.”

CAP cut Britain’s Daily Mail some slack. There is nothing “laissez-faire” regarding Euthanasia policy in Canada. The entire development is calculated, pre-conceived, and created for political purpose.

Meanwhile, Mr. Trudeau has approved an immigration intake of 1.4 million new arrivals over the next three years.

How’s that for social engineering? Karl Marx would be damn impressed. The Liberals and their backers have a great idea: why not borrow a page from communist China, and implement a program of demographic manipulation.

This way, in due time, 88% of citizens will agree with any move made by the Liberal government of Canada. Including, ironically, a cancellation of democracy itself.

Part and parcel with the goal– as directed toward Justin Trudeau by Klaus Schwab’s World Economic Forum— is a potential for “expiration” of Canadian children.

Not only would Chairman Mao Tse Tung be impressed. A certain dictator from mid-20th century Europe would also be pleased-as-punch.