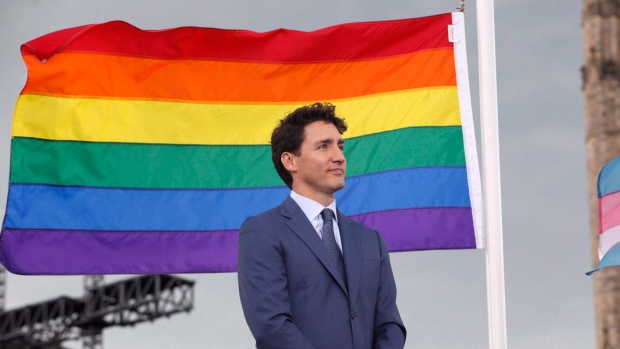 Liberal Government employees connecting Canadians to government services can no longer refer to those citizens as “sir,” “madam,” or any other gender-specific term while doing so, according to a 2018 report.

A directive obtained by the French-language arm of CBC instructs Service Canada employees interacting with the public to avoid terms such as Mr., Mrs., Father, and Mother.

Instead, workers are directed to call people “parents,” use their full names, and ask how they wish to be addressed. An in-person Quality Monitoring Program will watch over employees for compliance with the new rules.

In his dystopian novel “1984,” social visionary George Orwell coined the term “Wordspeak.” Under the leadership of PM Justin Trudeau, its application is a reality in Canadian society. Indeed, the Liberals have become fixated on such terminology. Border-jumpers are not “illegal,” they are “irregular.” It is not a carbon tax, put rather a “price on pollution.”

Now, the Trudeau government establish punitive measures  for those using common-place language that has been a part of western culture for a thousand years. Quite the move for a former snow-board instructor turned pseudo-dictator.

Canada’s LGBT industry is one of the most aggressive social movements in Canadian history.  They stop at nothing to get mainstream and heterosexual Canadians to bow to their will.

“The move was quickly mocked by the Conservative opposition, who suggested Father’s Day and Mother’s Day would be renamed to be gender-neutral.”

In British Columbia, a father of a 15-year old transgender child was sentenced to six-months in prison for interfering with his daughter’s desire to change her sex. One has to wonder how it came to be that the transgender lobby came to wield such power in Canada.

Although a father of three himself, PM Justin Trudeau issued no formal acknowledgement of Father’s Day in 2022.

Mother, Father, Mr., Mrs., Sir, Madam– pack up these troubles in your old kit bag. Justin Trudeau has banned the terms within Services Canada. What’s next– substantial fines for wishing the person who gave us life a Happy Mother’s Day?