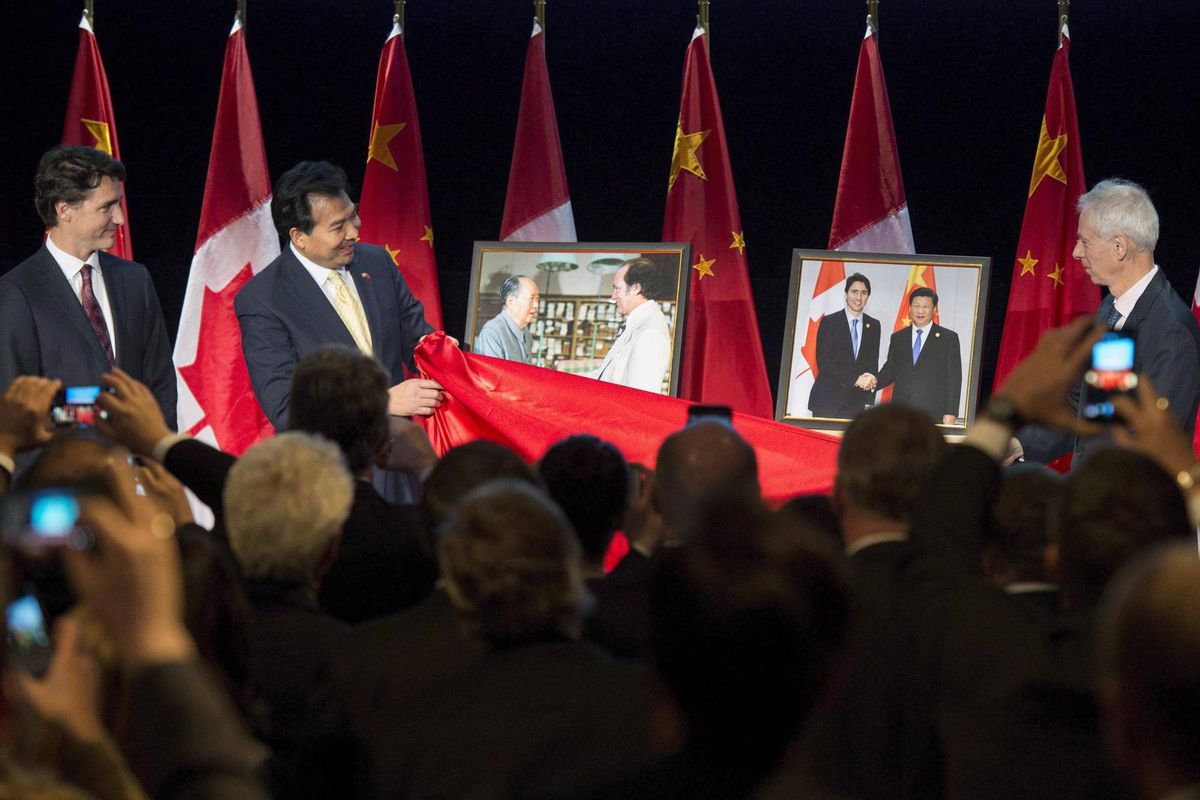 “Since coming to power in 1949, the Chinese Communist Party (CCP) has constructed a multi-layered system for censoring unwanted news and stifling opposing viewpoints within China.”

“The objective of CCP leaders is to utilize propaganda to retain high levels of popular support domestically and to improve the regime’s international influence.”

Turns out that Canadian Prime Minister Justin Trudeau is assisting the Chinese Communist Party with their global propaganda campaigns. According to a July, 2022 article from Canadaland, the number of media subsidy programs provided by the Trudeau government continues to grow.

At the moment, there’s:

Chinese government entities have thus employed various measures to limit independent reporting by foreign media or discourage its dissemination. These steps can be broadly divided into three areas:

— Obstructing the work of frontline reporters within China, and occasionally outside China.

— Applying pressure on executives and senior editors outside China to suppress unwanted coverage.

Charles Ho, chairman of Sing Tao News Corp Ltd. until June 2021, and his predecessor Sally Aw, were both members of the Chinese People’s Political Consultative Conference, a select group of the Chinese Communist Party’s loyal friends and allies.

A report on Chinese media censorship by the Jamestown Foundation cited Sing Tao as “one of four major overseas Chinese newspapers directly or indirectly controlled by Beijing.“

“Of these four, three are either directly or indirectly controlled by the government of Mainland China, while the fourth (run out of Taiwan) has recently begun bowing to pressure from the Beijing government.”

Not that the Liberal Government are content to exclusively fund Chinese government propaganda. Media in Canada from coast-to-coast are today financially supported by the Trudeau government. Consider it a double-whammy. Not only is Justin Trudeau funding Chinese media in Canada– he’s emulating the government of China’s relationship with media.

To what extent do thousands of payouts to a comprehensive cross-section of Canadian news outlets prompt their journalists to be critical of the Trudeau government? The opposite is bound to be the case, and it so obvious is:

From CAP’s perspective, the Toronto Star is the most vehemently “anti-Old Stock” media publication in the country. Simply put, they do not like Anglophone Canada. For Torstar, branding contemporary caucasians racists, homophobes and colonialists is a daily occurance.

For this purpose, a fleet of Liberal snowflake and 3rd World ingrate journalists slice and dice Canada to pieces on a regular basis. To facilitate their behaviour, the Liberals handed Torstar Publications a total of $2.7 million dollars from the assistance fund. The Torstar publication that received the most money was Niagara This Week at $135,302. Torstar collected further funding from the media bailout and the CEWS.

It was approximately two years past that CAP noticed a fundamental change in Canadian media. Suddenly, small-market media began to sound like major media. Publications like Niagara This Week, and hundreds like them, began to replicate the anti-Anglophone sentiments infused within major market players such as CBC, Macleans, and the Globe & Mail.

Away from public comprehension, PM Trudeau was transitioning domestic media into a vehicle for Liberal government propaganda. Not only was he admiring China, he was now in the business of employing their media techniques in an attempt to control the thinking of Canadian voters.

The Liberal Party of Canada, and the communist government of China. A 50-year ideological love-affair between the two has transformed Canadian society.

It’s apotheosis occurred in the spring of 2022, when a pathogen called Covid began to disseminate from the behemoth nation throughout the known world. Here in Canada, the Liberals seized a salient opportunity.

Throughout the following two years, the pandemic began to function as a mechanism for emulation of authoritarian governance. In this capacity, no one could be more pleased than Justin Trudeau. His pathological need for control would be satisfied as never before.

The stuff of Trudeau’s deepest dream became a reality. Border restrictions, vaccine mandates, Emergencies Acts– all were grist-for-the-mill as our PM transitioned Canada to a neo-totalitarian condition.

An article published this week by the Epoch Times reads like this:

“Joe Biden and Justin Trudeau appear to be doing all they can to advance the Chinese Communist Party in its goal of replacing the United States as the premier superpower and establishing Chinese world domination.”

Perhaps it is not the case that our prime minister simply admires China. Can it be that in the deepest recesses of his mind, Justin Trudeau is gunning for our nation to transition to a post-modern China?