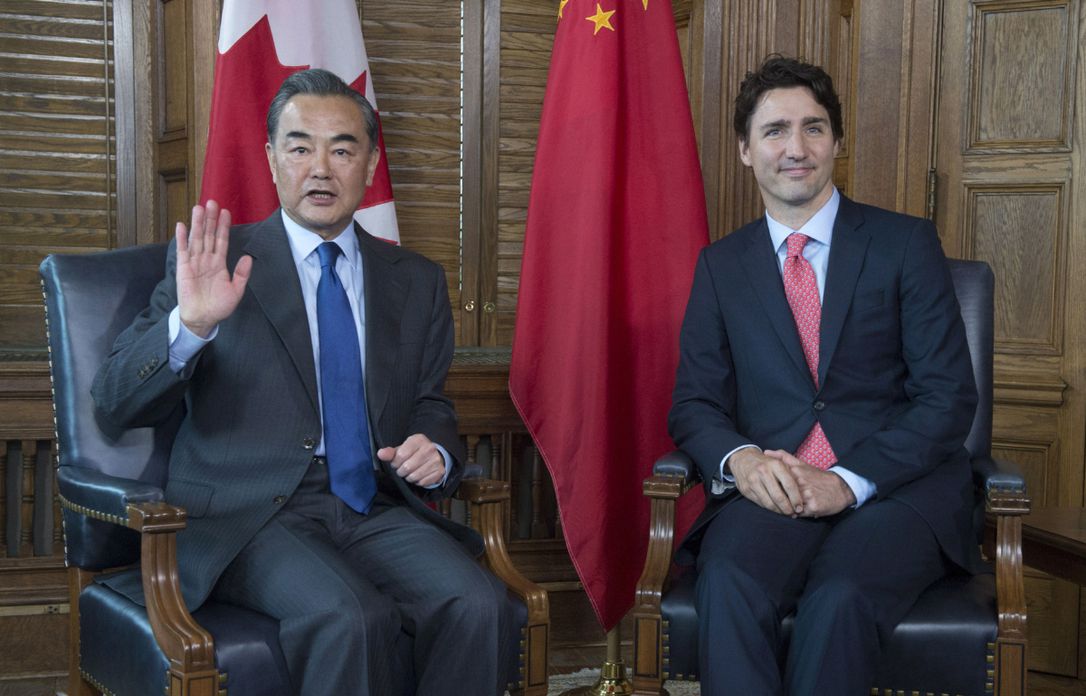 Canada’s national broadcaster CBC News cannot contain its enthusiasm for what critics of the Beijing Olympics are calling the Genocide Games.

According to Terry Glavin of the National Post, CBC News are indulging in “non-stop, round-the-clock advertorials and gleefully enthusiastic promotional features. It’s nauseating.”

Canadians agree– pollster Ipsos has found that eight out of 10 Canadians want a total boycott of the Beijing Olympics.

Nothing of the sort has transpired. Trudeau-government funded CBC has not waivered a fraction. No thinking Canadian should expected different. There is something thoroughly “locked-in” regarding Canada’s relationship with China. Or more specifically, the Liberal Party’s relationship with China. We reference an unspoken-of “chain of command.” CBC work for Justin Trudeau, and our PM works for China.

“Leftist Prime Minister Justin Trudeau has followed in his father Pierre’s footsteps in assuming the high office and using it to further the interests of the Chinese Communist Party,”  Peter Schweizer writes in his bestseller Red-Handed: How American Elites Get Rich Helping China Win.

Degree of the book’s exposure in Canadian media? Nothing. Extent to which it is found on the shelves of leftist retail propaganda centre Indigo books? Zero.

“In an interesting coincidence, the elder Trudeau’s ideological fealty to communism, Red-Handed details, was also significantly profitable. Trudeau had benefitted from the support of businessman Paul Desmarais, the head of the company called the Power Corporation that specializes in building business ties to China.”

Degree to which the Liberal-Trudeau-China dynamic will penetrate the consciousness of Canadian society? Nothing at all. Why not? Because CBC News and corporate media are never going to expose these realities. What we have instead is exemplified by CBC’s promotion of the Beijing Olympics.

The event is so much more than one of medal winners and losers. This is China–  so it is underscored with propaganda to condition the western world to view their society as righteous and benevolent.

CBC are working for this cause. So too the rest of legacy media. An attempt to view the Canada-China relationship with objectivity brings forth one of our country’s greatest oddities:

How is it that a western democracy like Canada ended up being joined at the hip to a communist behemoth nation ten thousand miles from home?

Red-Handed: How American Elites Get Rich Helping China Win delivers some details. The action began with the election of Pierre Trudeau in the late 1960’s. It includes Canada’s forced transition to a Multicultural society. It speaks of China’s infiltration of corporate business and Canada’s education systems.

What was Justin Trudeau’s first major decision as prime minister next to importing 35,000 Syrian refugees? To establish a Canada-China Free Trade agreement. Thankfully, he failed. If he did not, our country would have become subject to the economic will of the Chinese government.

Yes, that’s how serious the untold story of the ingratiation of China perpetrated by the Trudeau family of Quebec.