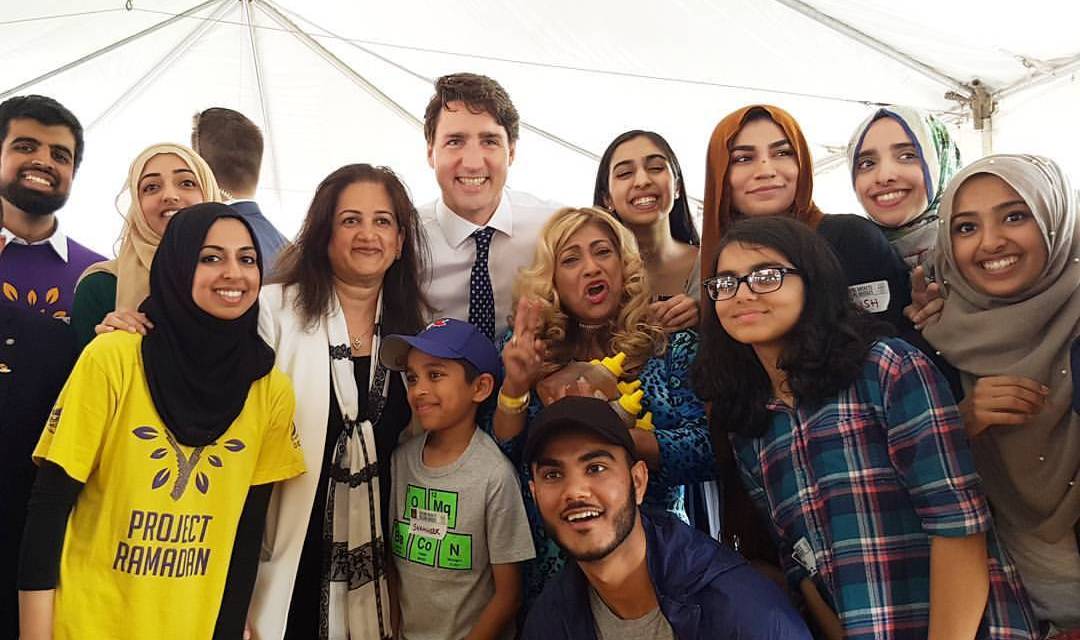 “At the age of 13, Craig Kielburger confronted [Canadian] Prime Minister Jean Chrétien on an issue that had become his crusade: abolishing the use of child labour in developing and third-world countries.”

“The incident made international headlines and got Kielburger invited on to 60 Minutes and Oprah. It also launched an empire: in the 23 years since then, Craig Kielburger and his brother Marc have built a vast, international organization called WE, or alternately, the “WE Movement.”

CAP Interjection: One of the most misunderstood elements of international politics relates to the world of giant, international non-profits and the VAST POWER these group maintain within 2020 society.

Thus far, the situation has been “golden” for the most part. George Soros’ “Open Society Foundation” is a vast organization working toward an erosion of national sovereignty and meaning of citizenship in true globalist fashion.

Yet, due to the “benevolence label”  associated with the “non-profit” tag, these powerhouses of globalist politics have largely escaped the radar of analysis in terms of the “social good” they advance.

CAP brand this to be globalist deception at its penultimate. George Soros, Bill Gates, Justin Trudeau and others from the same global cabal feign righteousness by leveraging this non-profit “goodness.”

WE Charity may well set a change in perception–something a globalist such as PM Trudeau does not want to see 37.8 Million Canadians come to understand.

“BREAKING: Members of the Trudeau family were paid hundreds of thousands of dollars by @WEMovement for speeches and appearances, Canadaland has learned.”

Fact: All three of them– Margaret, Sophie and Alexandre Trudeau–members of the uber-rich Liberal Laurentian Mountain “Elite” in Canada– have personally profited from the WE Charity Foundation.

Now, an alternate media organization called Canadaland has published some rather incriminating information:

“A CANADALAND investigation reveals that WE is connected to no fewer than three companies known to use child and slave labour in their supply chain. In fact, WE logos can be found promoting products made in part by children, including Hershey’s products that contain cocoa farmed by child labourers in West African countries.”

Did the SNC-Lavalin/Libya scandal bring down Justin Trudeau? How about the Aga Khan ethics commission inquiry? Nope–neither did the trick. Do patriots recall the Admiral Mark Norman trial where the Liberals were investigated for illegal interference and influence?

Not quite, eh? Will a payment of $300,000 to Margaret, Sophie and Alexandre Trudeau by way of the WE Charity scandal cause Trudeau to topple? Will putting this “on steroids” by way of Child and Slave Labour accusations bring about the downfall of Justin Trudeau?

Maybe–but CAP caution our supporters not to bank on it.  The reason for our pessimism is rooted in CAP ideology– PM Justin Trudeau is in reality a Canadian dictator— our population just isn’t aware of it–yet.

Enter CBC, CTV, Globe & Mail and the rest of Trudeau’s post-modern pseudo-communist media. If Trudeau’s castle does not come “tumbling down,” the number one culprit has to be establishment media in Canada.

What has transpired within our nation is what the CBC hide away from the consciousness of Canadian society– Justin Trudeau and his gang of Liberal-Globalists are gunning to transform Canada into a post-modern dictatorship.

Within said society, a national leader continues to be in charge regardless of all that goes on around him. If Trudeau survives the latest set of scandals, does this not suggest that an emulation of a dictatorship is currently in place in Canada?

It is here patriots can measure or assess the extent to which CAP’s call is correct.  “Will he or won’t he?”

Can Justin Trudeau maintain his globalist crown throughout all scandal–no matter how extreme? The Liberals have a scheme to maintain this quasi-dictatorship: the cure-all is found in 3rd World Immigration.

“From the outside looking in, it seems that WE is a morally good organization just looking to make a change. But, CANADALAND claims otherwise after they released an investigation claiming that “WE lost itself as it pursued lucrative contracts with corporate partner after corporate partner, falling short on upholding their foundational values.”

“Those brands CANADALAND claims that WE has been linked to include Hersey, Dow, Unilever and Kelloggs – companies that have been verified by Amnesty International as using child labour. While WE claims they are not partnered with Kelloggs or Hersey, it was verified through WE’s partner page that they have, in fact, worked with both companies.”