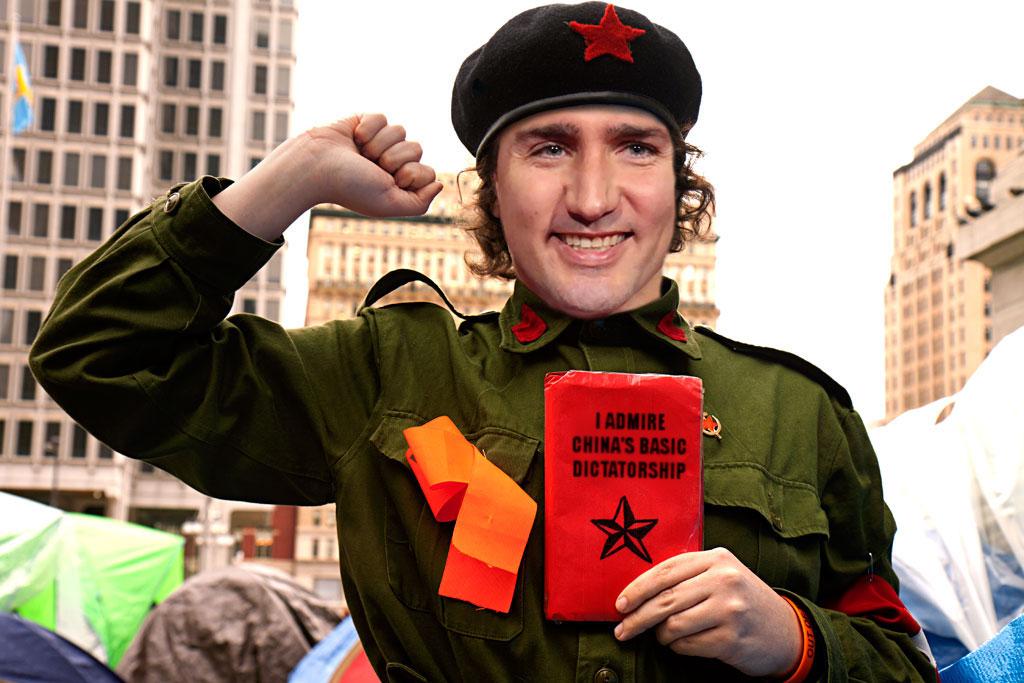 Draconian measures implemented by Prime Minister Justin Trudeau have taken another deep dive. According to CTV News, Canadian banks have been empowered with an ability to “cut off services to those suspected of supporting the protesters.”

That’s supporting– as distinguished from “taking part in.” The latter is also covered off:

“The government is directing financial institutions to review their relationships with anyone involved with the blockades and report them to the RCMP or CSIS.”

“As of today, a bank or other financial service provider will be able to immediately freeze or suspend an account without a court order. In doing so they will be protected against civil liability for actions taken in good faith,” Freeland said.

As authorized under the Emergencies Act, our Liberal government can stick their noses into private citizen’s bank accounts. If they detect support for the Truckers Convoy, account funds can be frozen.

Isn’t Sunny Ways Canada the best? Can it be that Justin Trudeau is transitioning our country to a neo-totalitarian state? Much of the success comes in the form of an escape route delivered by mainstream media. Look to the United States, and you will see a mockery made of Canada’s ersatz dictator.

North of the border, legacy media are certain an incorrigible Justin Trudeau is doing the right thing at the right time. Antonin Artaud having rolled over in his grave, the contrast in presentation borders on Theatre of the Absurd.

Here’s the deal: Justin Trudeau is transitioning freedom in Canada to a rare commodity. By way of Covid rationalization, the Liberals have extended their reach beyond all reasonable limits.

Except if we were living in a communist state. In such a case, none of this would be abnormal. It is the standard lifestyle in countries like China. Now, we have it here in Canada.

We stand witness the transfer of democracy to its final stages. Media say nothing, because they are paid to say nothing. Objective news reporting is no longer their ball game. Media’s goal is to present authoritarian governance like it is as natural as snow in Nunavut.

“These changes cover all forms of transactions, including digital assets such as crypto currencies, states Chrystia Freeland.

The icing on the communist cake: government is bringing forward legislation which will make the changes permanent.

Recognize the methodology? Entrench measures in piece-meal fashion. Feed bite-sized chunks of propaganda to the people. Condition the public step-by-step to accept every hideous piece of freedom-eroding Liberal legislation.

Are bells of history ringing? If so, silence is golden in the world of pseudo-communist implementation.