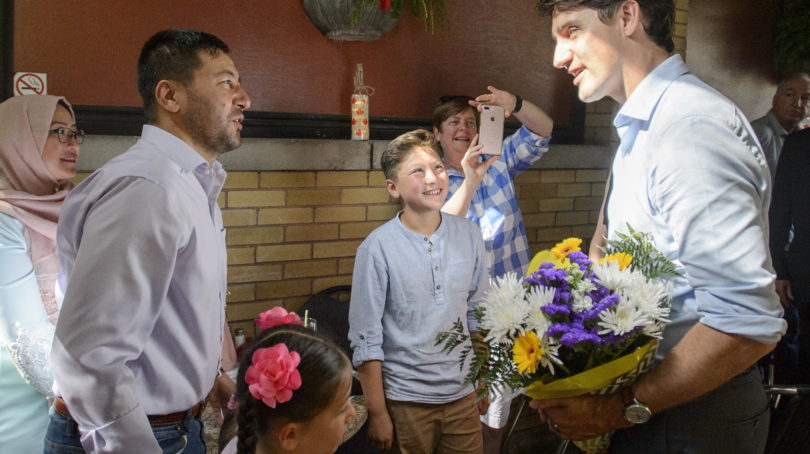 “I am very excited to invite my parents to Canada. I will be emotionally benefited from their presence,” says Surrey, B.C. resident Amritpal Singh in an interview conducted in Punjabi.

Raghbir Singh Bharowal, an immigration consultant based in Surrey, says the super visa plays a vital role in the reunification of families.

Yes, the Liberal government of Canada are very interested in bringing families together. That is, if they are potential 3rd World immigrants. For those qualifying as Canadian-born, the opposite is the case.

Is it not true that the age of Covid has brought family disunity to the average Canadian household? Stringent pandemic-related government measures have resulted in family fragmentation within our society.

Liberal government-endorsed LGBT and transgender policies are fragmenting our families in an unprecedented manner. Inner-family conflict results from divergent attitudes toward Covid vaccines.

Fear of illness resulted in cancellation of holiday celebrations– particularly Easter and Christmas, when Covid Queen Dr. Theresa Tam ramped up the fear factor. In short, family life in Canada has never been as divisive as it is at present.

A calculated agenda? Some believe it to be true, as the family unit represents a cornerstone in western society, as derived from Judeo-Christian heritage. In communist countries such as China, the state takes precedent over the family unit.

“As per the tradition and culture in many South Asian countries, people tend to stay together. This program reunites them in Canada. Now, more people will apply for the visa,” says immigration consultant Raghbir Singh Bharowal.

“A spokesperson for Immigration Refugee and Citizenship Canada said the new rule was implemented to recognize the importance of families being together. They also said that around 17,000 super visas are being issued every year.”

At which point CAP contrast the situation with the experience of elderly “Old Stock” Canadians:

“Canada has been garnering less than savoury international attention because of the dark side of one of its recent ‘progressive’ accomplishments, namely the assisted suicide regime that has been created since the Supreme Court struck down prohibitions on assisted suicide.”

Let CAP understand this correctly: while 10,000 Old Stock citizens are being bumped off annually, the Trudeau government are importing tens of thousands of elderly migrants from countries such as India, China, Iran, Philippines and Pakistan.

The details of the Canadian government’s Family Reunification program are something PM Trudeau and the Liberals hope Canadian-born citizens do not understand. The breadth of the program is  astonishing. Exactly who can be sponsored and how many family members they can sponsor has never been properly articulated by Canadian media. Big surprise that is.

Persons who can be sponsored under Family Reunification include:

Stop the press. CAP wish to reiterate a vital point. According to our federal government, media and academia, Canada is a country laced with “white privilege.”

To what extent do these circumstances support such a narrative? The answer of course, is zero percent. In reality, the oppose is the case, as 10,000 Canadian-born, generational citizens walk the assisted dying plank on an annual basis.

All of it calculated for a singular purpose? CAP believe it to be true, as part of a covert, untold story of demographic manipulation by way of our Liberal government.

To the doghouse with you, Old Stock Canadians. Unless you are Quebecois, your culture and identity are headed for the dust-bin of existence. Justin Trudeau and his globalist practitioners wouldn’t have it any other way.