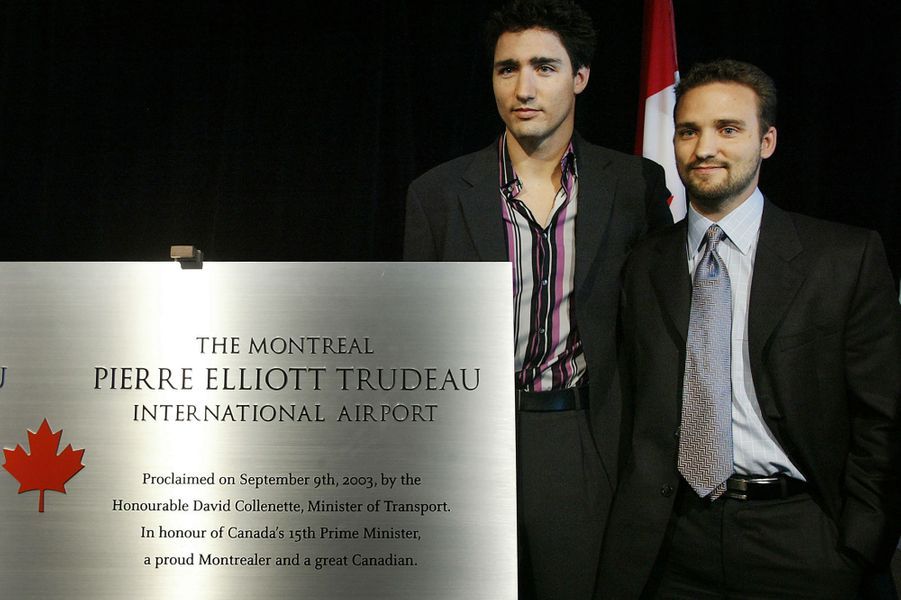 “On October 7, 2022, the Trudeau government announced it was sanctioning Press TV, the official broadcast mouthpiece of the Islamic Republic of Iran.”

As juxtaposed with this little tidbit:

Listed in Alexandre Trudeau’s documentary film “The New Great Game” as producers in association is Iran’s state-funded Press-TV, along with the broadcaster Al-Jazeera Arabic.

A fascinating find it is. Is CAP understanding this correctly? Prime Minister Justin Trudeau, advocate for the integration of Islam into Canadian society, has banned the Iranian media company that funded his brother’s documentary on the theocratic nation’s build-up of nuclear weaponry.

“In the face of international condemnation of Iran’s destructive pursuit of nuclear weapons, filmmaker Alexandre Trudeau and senior advisor to brother Justin’s campaign for leadership of the Liberal Party, reports that Iran’s atomic ambitions are for defensive purposes only.”

A pro-Iranian film financed by the government of Iran. One in which film maker Alexandre “Sacha” Trudeau sides with a government which forces its female citizens to wear oppressive head-covering Hijabs in public.

Common sense Canadians call this a travesty bordering on treasonous behavior. Canadian media call it nothing at all, because they wouldn’t dare report on it.

Why not? We attempt to break it down in basic terms: because under the iron-clad control of PM Trudeau, Canada is a pro-Islamic, pro-Iranian country. Not because the people say so, but rather because one questionable Canadian gives it the thumbs-up.

Interested parties note the symmetry. Assumed father, ex-Liberal PM Pierre Trudeau, did the very same regarding communist China. Neither had buy-in from the Canadian public. Not that this would prevent the Trudeau clan from unilaterally transforming our country. Communists are often like that.

Alex Trudeau is one heck of a curious Canadian. He refers to Canada as a “confused follower nation,” and said his brother could potentially fix that by building a unique relationship with China.

Pierre, Justin and Alexandre Trudeau. The Quebecois family has had a total of six-terms in office. Full dedication to China, Iran, Cuba. A history of veneration of the former Soviet Union. So much so that Trudeau Sr. chose the nickname “Sacha” based on a high-level Soviet communist leader.

Media say nothing. What kind of conclusion can be drawn? CAP word it like this: not only have the Trudeaus inculcated Canada with fundamentalist religious elements. The first family of French-Canada has also integrated communism into the fabric of Canadian society.

Is the bottom line veneration, or emulation? What a critical question it is. As such, we know that CBC, CTV, Globe and Mail and the rest won’t touch it with an 88ft pole.

Alexandre Trudeau fondly recalled his late brother, Michel, who “when they were young kids, complained to their mother that he had fewer friends than his brothers.  Margaret Trudeau replied that unlike his brothers, Michel[Trudeau, deceased] had the greatest friend of all: he had Fidel Castro.”

Michel Trudeau is no longer with us, having allegedly passed away in 1991 as the result of a skiing accident in British Columbia. The length of the lake can be covered in a 15-minute walk. The body of Michel Trudeau was never found.

The Trudeau family’s ongoing infatuation with political despots and communist societies  should have been understood by Canadians decades ago. Due to organized media obfuscation, it has never happened.

The Trudeau family do not deserve accolades, statues, awards or airports constructed in their name. Rather, they deserve to be called out for what they are: advocates of communism who consistently run down Canadian society, like this:

— Alexandre Trudeau
Upon which CAP shake our head and wonder. How is it that a pro-communist, anti- Anglophone family came to control the destiny of a dying democracy called Canada?