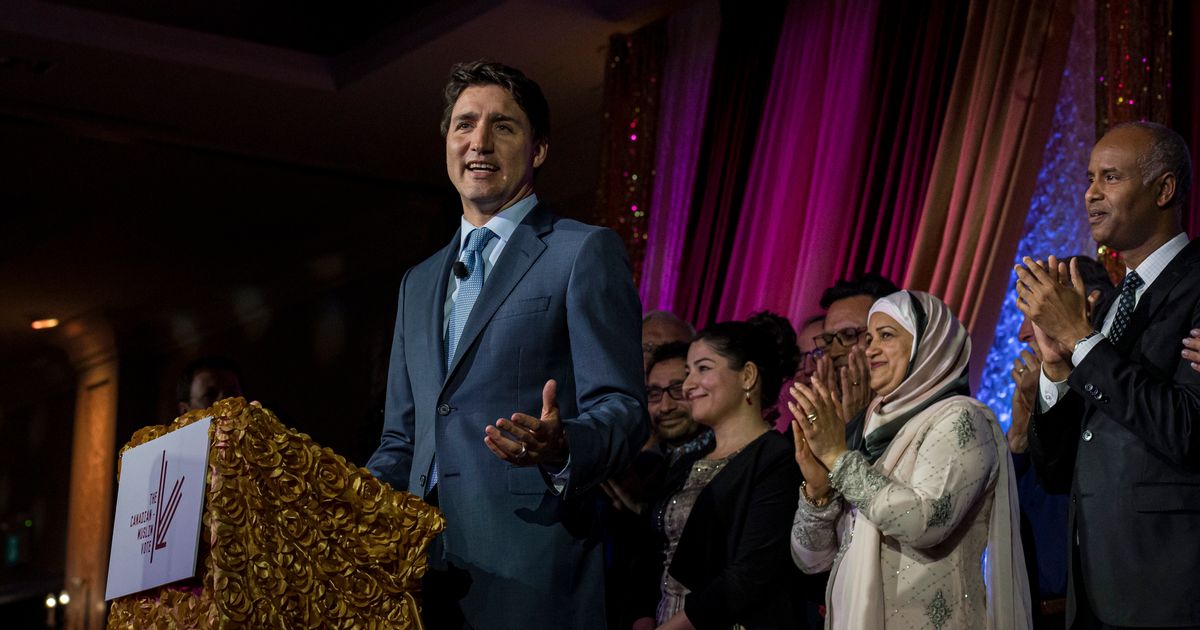 The Trudeau government has maintained that newsgroups like the True North News should not be allowed into the national debate because they have previously acted in an advocacy role.

In response, True North journalist Andrew Lawton said, “The government must uphold both freedom of speech and freedom of the press, and that means for all media outlets, even with editorial biases the government may not like.”

This makes sense–within nation’s which maintain a solid commitment to democratic principles. Sadly, under Justin Trudeau, Canada has no such thing. What we have is ostensible democracy. Pseudo-democracy. In other words–a political lie. Then again, one should expect nothing else with a government controlled by Trudeau, Gerald Butts, and Immigration Minister, MP Ahmed Hussen.

While many organizations outside of True North Centre maintain areas of advocacy, the refusal to accredit organizations like it becomes even more outrageous when you consider that Al Jazeera is a Trudeau government-approved media organization.

Who are these exotic media folk, anyway?  CAP will inform: Al Jazeera Media Network is owned by the government of Qatar. Critics have accused Al Jazeera of being a propaganda outlet for the Qatari government.

The network is sometimes perceived to have mainly Islamist perspectives, promoting the Muslim Brotherhood, and having a pro-Sunni and an anti-Shia bias in its reporting.

In other worlds, the ideological leanings of this foreign media organization are a perfect fit for the sensibilities of Justin Trudeau. Truly, this is his bag– fundamentalist Islam appearing to be so near-and-dear to King Justin’s heart.

What a wonderful microcosm of the state of the nation. Conservative, alternative Canadian media sources excluded, while extremist, hardcore Islamic media receive the thumbs-up from Mr. Trudeau.

Just wait until the general population of Canada learns about this. Then, all hell will break lose, and Trudeau’s PM crown will be retired for all-time. Not so fast, however. Dollars-to Tim Horton’s CBC, Globe & Mail and the rest never expose this reality to the people of Canada.

Why would they refrain? Because this would contribute to Justin Trudeau losing next month’s federal election–so it will never happen.

How curious. Now, why would Andrew Coyne and  John Ivison refrain from exposing these realities. Simple CAP question: whose side are they on–the general media community of Canada, or a fundamentalist  Islamic media conglomeration?

Sad, sad, sad– the answer surely appears to be the latter.  Yet, CAP do wonder if these media power players have a choice in the matter. We are not so certain Christine Blatchford, Chantal Hebert, and other leading journalists have a choice.

It may well be an “edict” handed down from above. A natural question in this regard then becomes who are the “above?”  Darn good question.

First, consider this thought: The Al Jazeera situation would make perfect sense if Islamic media actually owned Canadian media. Or alternatively, if Canada’s leading publishers, editors and writers were of the Muslim variety. They are not.

So then, why does Islamic media come out ahead of Canadian media? For CAP, this speaks to the essence of the curious condition of Canadian society under Justin Trudeau.

Inside-out, upside-down– strange as heck. Yet, when moving into the big picture media agenda, we may find some answers. One of the most influencial media figures on the planet is billionaire George Soros. A list of this globalist’s media holdings is massive. Several mainstream Canadian publications are on the list.

Could this provide a clue to our media malarky? CAP believe it possible. What is also possible is that government and media in Canada are controlled to some extent by Mr. Soros.

George Soros is the founder of Open Border Society, which CAP has written about previously. As the name suggests, this giant non-profit organization promotes open borders–as in, free-flowing refugee intake within western liberal democracies.

To what extent has Justin Trudeau adhered to this philosophy? Only 100%-– it was he who sent a tweet inviting all refugees–legal and illegal--to come to Canada and receive hundreds of millions of tax-payer dollars in the form of welfare and health care coverage.

Is this not exactly in-line with George Soros and his erosion of national sovereignty program? Does Justin not endorse this? How about Somalian refugee Immigration Minister, MP Ahmed Hussen? What are the chances this sketchy fellow does not buy-in to this? Try ZERO percent.

See how this all neatly fits together? Which is, of course, the reason Toronto Star will never inform you of these ideas. As it happens, TorStar is one media outlet on the Soros’ list.

What a coincidence, eh? Please–within the world of Liberal-Globalism, there are no coincidences. Every move within this agenda is pre-meditated and planned. The inclusion of Al Jazeera adds fundamentalist Islam to our national media mix–so naturally, they are included by way of the Trudeau government.

Justin Trudeau’s “post-modern” priorites? Islamic media. At the bottom of the media food chain–any Canadian news outlet which opposes–or even questions–the pseudo- dictatorship established by Trudeau in the name of a globalist agenda to trans-form Canada into something no one asked for, or approved:

A pseudo-totalitarian nation state devoid of true democracy, freedom of speech, and as an inevitability, the demise of English Canada, and in time, its Anglophone communities.