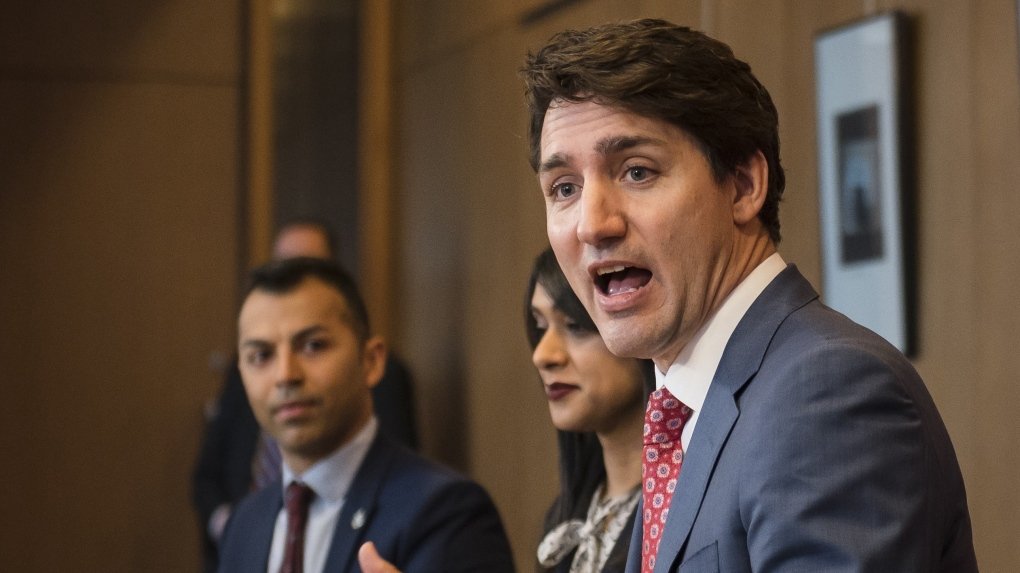 “Liberal MP Marwan Tabbara was approved to run in the 2019 federal election despite a party investigation into allegations of sexual harassment made against him during his last mandate,” CBC News has learned.

The Liberals looked into detailed allegations of misconduct made against the Kitchener South-Hespeler MP that included inappropriate touching and unwelcome sexual comments directed at a female staffer, according to sources.

If the above isn’t suspicious enough for CAP readers, try this on for size:

“The sources who spoke to CBC News requested anonymity, citing the risk of being blacklisted within Liberal circles and  it negatively impacting their careers.”

It is in this sentence Canadian patriots can get to the “heart of the matter.” You see, for Cultural Action Party of Canada, this speaks VOLUMES:

Fear of having one’s career destroyed by way of draconian measures by way of the ruling government of the day.

Memories Of Communism is not a new salad dressing from President’s Choice. Rather, this is a microcosm of the true state of Canadian society. Turns out that CBC and corporate media in Canada have been instructed to “pull the wool cap” over the eyes of 37.8 Million citizens.

This, folks, is a quintessential indicator of the quasi-communist society CAP believe is now “alive and well” within Canada. A related thought for you– in terms of those with an ability to recognize the commie-infusion contained within, CAP bet it is only “mature” Canadians who will instantly recognize this dynamic.

For Canucks age 40-80, we can recall the “Cold War” prostrations from the 1950’s and 1960’s. Trudeau’s target market– millennial Canadians and 3rd World citizens–not so much–or more likely, not at all.

Shades of the KGB rising? CAP answer in the affirmative. Guess what, fellow patriots– the dying Great White North is heading for “official” pseudo-communist status. With mainstream media at his command, PM Trudeau is hereby fulfilling a “multi-generational” agenda which began with Papa Pierre Trudeau.

The transition of Canada from European-based democratic nation into a 3rd World-dominated dictatorship. For Mr. Trudeau, every “soldier” in the game is critical.

Therefore, alleged sex offender MP from Trudeau’s 3rd World GTA powerhouse gets to once again run for office. Turns out the fellow is in good company, for here is a list of Liberal winners, 90% of them located within the Greater Toronto Area:

Think Justin Trudeau could not survive without MP Marwan Tabbara? He could–but he won’t–as every additional piece of our PM’s “globalist puzzle” is essential toward his ultimate goal of national trans-formation.

CAP Hypothetical: Let us say the accused happened to be MP Mike Jones of Orilla, Ontario. Same situation, same accusations. For how long would intense scrutiny of MP Jones’ behaviour be kept out of media?

Let us be fair here– the MP is a Liberal–therefore CBC may well dilute and diffuse the story with aplomb. Yet, being an Anglo-Canadian, it is likely Mr. Jones would be gone. How many readers believe this to be an unfair, unbalanced prediction?

There is a word for this–it is called “favouritism.” Considering this further, is it not a curiousity that this elevated state consistently applies to Canada’s 3rd World political contingent?

But wait! Society tells us it is  Anglophones who maintain something Canada’s globalist detractors called “white privilege”–a sure-fire weapon of community disparagement if there ever was one.

Yet, reality suggests the very opposite to be true. For CAP, 3rd World privilege is in 2020 endemic within society. How perfectly “globalist” this is. A true social “inversion” has permeated our nation:

Those accused of maintaining privilege are “the damned” while those being oppressed are the people being accused of “supremacy.”

This is globalism at work, communism at play, and “reverse-racism” in action.

“On April 9, 2020, Tabbara was arrested by police in Guelph, Ontario on charges that included two counts of assault, one count of “break and enter “ and commit an indictable offence” and one count of criminal harassment.”
“On June 5, 2020, it was reported that Tabarra  is “stepping back from the Liberal caucus” but NOT resigning as an MP.  Tabbara was jailed and bailed on Easter Friday 2020 but nobody was informed about it.”
Check it out, see what it’s all about: What does “no one was informed about it” really mean? Is this not obvious as Hades?  The Trudeau government and their media slaves COVERED-UP the charges to protect a star Globalist-Third World Liberal MP candidate.
Degree of fall-out? Repercussions of the obfuscation? Nothing, nowhere and non-existent thus far.
When CAP claim that our nation is being transitioned from democracy to dictatorship, we darn well mean what we say. The Marwan Tabbara case is a sure-fire microcosm for the true meaning of Trudeau’s post-modern methodologies.
This we hereby summarize with a quote from George Orwell’s allegorical tale of transition to communism– Animal Farm.
“All animals are equal, but some are more equal than others.”
Nowhere within Canadian society can this be more appropriately applied to Justin Trudeau’s national seduction program of political transformation.
— BRAD SALZBERG, Founder of CAP