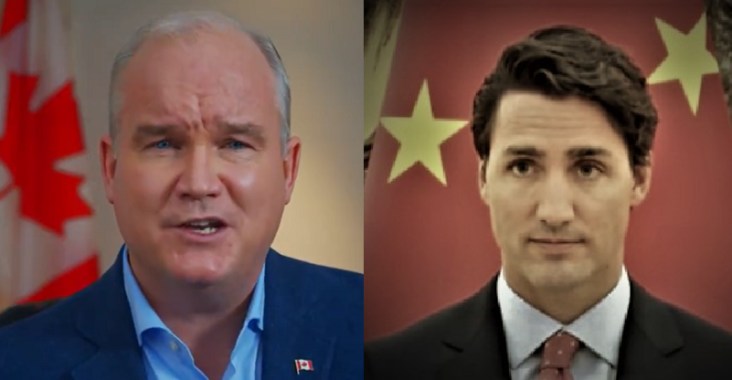 According to the report, Chinese scientist Dr. Xiangguo Qiu had shipped 30 vials of 15 strains of deadly virus samples to the Wuhan Institute of Virology in China.

At the time, the Chinese national was working under contract at National Microbiology Laboratory in Winnipeg, Canada. Xiangguo Qiuwas subsequently fired from her job at the lab.  In the video report,  Conservative Party leader Erin O’Toole states the following:

Is it possible that the Winnipeg-Wuhan relationship is in some capacity connected to a world-wide dissemination of the deadly Covid virus?  It is more than likely a question that will never be answered.

For the past two years, Mr. O’Toole’s Conservative Party opposition has been demanding that the Liberals divulge the reason for the firing of Dr. Xiangguo Qiu.

They have gotten a grand total of nowhere. The vehemence by which Justin Trudeau refuses to divulge details should be legendary. Because of mainstream media, it isn’t.

In the name of information suppression, the Liberals went so far as to launch a lawsuit against one of their own MP’s– House Speaker Anthony Rota– in order to suppress details.

Dr. Xiangguo Qiu and her biologist husband, Keding Cheng, were stripped of their security clearances and escorted from the National Microbiology Lab  in Winnipeg in July 2019.

According to The Scientist, news emerged that in spring 2019 Dr. Xiangguo Qiu had supervised the shipment of Ebola and Henipah viruses to the Wuhan Institute of Virology, leading to speculation that the materials could aid China’s bioweapon development efforts.

But Covid-19 pathogens were held back? Ebola and Henipah are both highly contagious and classified as potential bioterrorism agents by the US Centers for Disease Control and Prevention.

Liberal Heath Minister Patty Hadju delivered rationalization for hesitancy to release documents which would have shed light on the firings of the scientists:

“In this particular case, the information requested has both privacy and national security implications,” Cabinet Member Patty Hajdu told the committee. “Compliance with the order without proper safeguards in place would put sensitive information at the risk of public release.”

Could this “sensitive information” have been information related to Covid pathogens being shipped to the Wuhan Institute of Virology?”