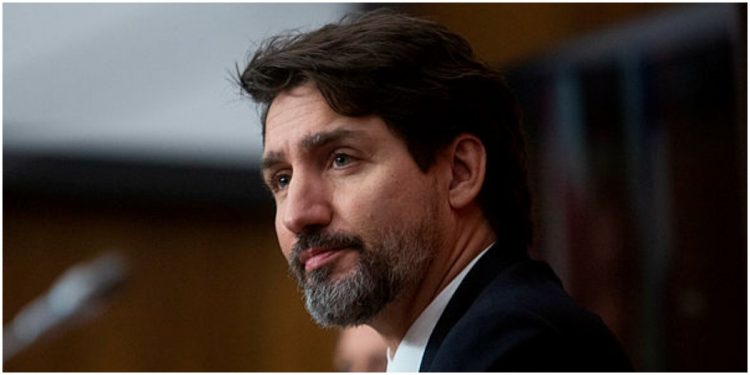 December 11th, 2020: “Prime Minister Justin Trudeau today released the government’s strategy to dramatically reduce greenhouse gas emissions by 2030 — and its centrepiece is a gradual hike in the federal carbon tax on fuels to $170 a tonne by that year.”

For the record, the carbon tax in 2020 is $30 a tonne. Off-the-record, myriad conclusions can be deduced from these simultaneous Liberal government announcements.

Our first observation is this: Cultural Action Party simply do not believe that PM Justin Trudeau works for Canada. It just doesn’t seem possible. These decisions bear no benefit for Canadian citizens.

Talk about timing. On the very same day as the Trudeau government announce a move from a $30 per tonne carbon tax in 2020 to a $170 per tonne tax in 2030, our PM also announces he is shipping just under HALF A BILLION dollars of Canadian tax-payer money to 3rd World nations.

Incredible, isn’t it? Yet, in some respects, not quite as incredible as media positioning on these dual economic impediments for the citizens of Canada.

First, CBC, CTV, Global News, National Post and Toronto Star neglect to tie these two strings together. Even worse, they collectively position this as “no big deal.”

Please do tell, fellow patriots– why media continue to deliver unprecedented, “earth-shattering” government policy as nothing more than a walk-in-the-park?”

It makes no sense at all. Therefore, it smacks of collusion– a “coming together” of government and media within Trudeau’s post-modern Canada. A sign of things to come? Of course it is, and of course establishment media perpetually eschew the destiny of our society.

As a related observation, CAP offer the following: the ruling prime minister of Canada never speaks of the history of Canada–unless it involves branding society as racist, bigoted, xenophobic and genocidal.

How fascinating this is. Within the “Great Reset” project there is no past, as well as no future–there is only “today.” CAP do wonder how sociologists at University of Toronto view this phenomenon. Not that we will ever find out?  Within 2020 Canada, these “experts” tow the line of the ruling government– and so do Canadian media.

What to conclude? How about the following:

When government, media and academia are synthesized into a single cohesive unit, communism has permeated society. Why will this dynamic never reach public consciousness within Canadian society?

Simple as Nova Scotia apple pie: because when government, media and academia are synthesized into a single cohesive unit, communism has permeated society.