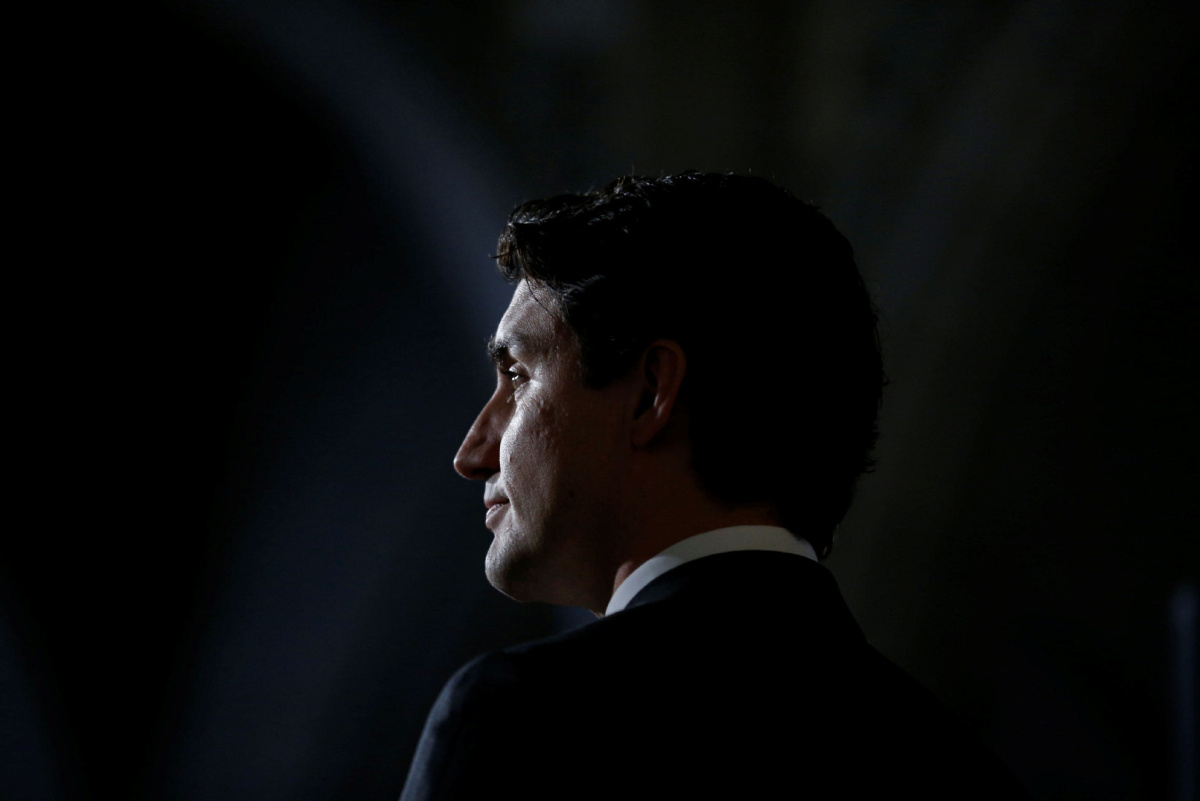 “For this country to be charged with genocide by its own government is a scandalous profanation and a blood libel against the European-descended population of Canada.”

In June, 2021, PM Justin Trudeau stated that “he accepts the conclusion of the 2019 inquiry into missing and murdered Indigenous women that what happened amounts to genocide.”

Is Canadian historian and media mogul Conrad Black erroneous in his conclusion? CAP readers can well assume we will not side with Justin Trudeau. We never have, and never will. To do so constitutes a blaspheme in our books.

Yet, a deeper question resonates from Mr. Black’s statement. It comes in the form of “to be charged with genocide by its own government”– a statement worthy of serious analysis.

Can a secondary purpose exist for the national self-flagellation PM Trudeau has perpetrated on Canadian society? Within how many nations of the world do we find this form of self-deprecating government policy? Certainly not in China, Iran, or any other nations so admired by our prime minister.

The United States does indulge, but in no way does their veracity match the masochism Justin Trudeau has inflicted on the citizens of Canada. For the most part, Americans still have pride in their country. Trudeau hates that kind of thing. What he wants, and has worked for seven years to accomplish, is cultivation of national self-loathing.

For what purpose? Long-term readers of our material will know how we feel about this. It is a form of “greasing-the-wheels” for what CAP has branded Justin Trudeau’s “Woke” Socialist Revolution. How much easier to transition a country from democracy to neo-dictatorship when the body politic retain no pride in country.

Much, much easier is our response. We turn back to Black:

“All of the federal parties claim Quebec has been permitted unilaterally to amend the Constitution, a Constitution that Quebec in fact has not ratified, to permit it to abolish one of Canada’s official languages within Quebec, which has nearly one quarter of Canada’s population and a primarily English-speaking population of over a million people, which has enjoyed an official status for 259 years.”

We come to a profound realization– PM Trudeau’s home province of Quebec is exempt from the federal government’s assault on the remaining provinces. How many mainstream media articles have you read which articulate such as concept.

The answer is none, and the answer to the answer is because the Liberals have covertly purchased mainstream media in Canada. Bringing about CAP’s caustic question of the moment:

Who exactly is Justin Trudeau waging war upon? It certainly isn’t Canada’s new arrival 3rd World communities, so lavished with praise from Trudeau since day one in office. It sure as heck isn’t French Canada, who with each day passing gain greater autonomy over language rights, eschewing the English language in favour of French.

Not Islam, nor Sikhism, or our Chinese-Canadian communities. Easily counted out are Canadian homosexuals, transexuals and the general LGBT community. What remains is what ex-PM Stephen Harper labelled “Old Stock” Canadians.

“The claim that there was ever in the history of Canada any official intention to commit any form of genocide on any scale against anyone is an outrage against English- and French-Canadians and is so defamatory of the reputation and history of this country that I contend that it disqualifies those who have made it from continuing in office.”

While we appreciate what Mr. Black is saying, CAP add a caveat. Never have we witnessed a establishment media article which has specifically chastised French-Canada for mistreatment of our Indigenous communities. It’s simply not a part of the media narrative.

A question never asked, or reported on, is basic in concept: which communities are most on the receiving end of these life and death policies? It isn’t Justin Trudeau’s new arrival communities. In 2022, our elderly demographic fall mostly into the Old Stock variety. As for abortion, it too falls into the category of the Canadian-born.

Distilling these concepts down to  basic form, we come to realize what Canadian media  do not properly articulate. The sufferers in this game are, in fact, Anglophone communities of Canada.

But how can this be, when government and media constantly inform society that our communities are blessed with “white privilege?” Can this be a line of propaganda intended to deceive 38 million Canadian citizens? Yes, it can be– and it darn well is.

“All federally chartered corporations such as inter-provincial transport and the banking system, will be exclusively in French. Quebec has benefited from scores of billions of dollars of transfer and equalization payments from English Canada.”

Has a succession of Liberal federal governments pulled a fast one on English Canada?  Can it be that Justin Trudeau is fighting a psychological Battle of the Plains of Abraham in the year 2022?

Absolutely, it is true, say Cultural Action Party of Canada. The mechanism for our seduction is found in a standard of authoritarian propaganda:

“Accuse your enemy of that which you yourself indulge in.”

As a paraphrase of a statement made by an historical figure appointed as propaganda minister of the most heinous Fascist government of the 20th century.