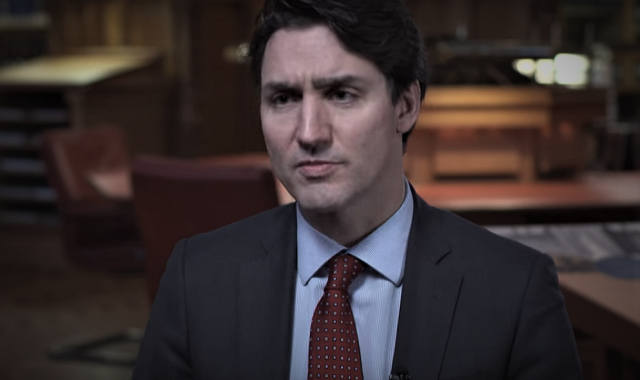 Most Canadians have become aware of the truckers convoy heading toward Ottawa. The momentum is growing like wildfire. Unlike protests in the past, there is something different about this one. This protest is too big to be covered-up by mainstream media.

Yes, they are writing about it. For four days the press has been telling us that the trucks are “ready to roll.” A misnomer it is, as the trucks are rolling, and the momentum has surpassed all expectations.

Could this be the moment sensible Canadians have been hoping for? Can you imagine– Justin Trudeau thrown off his high horse, and political sanity returns  to our country?

Old Stock Canadians want the “Trudeau Regime” to end. The man has pushed our communities to the absolute limit. The underlying theme of the assault upon “our people”– Anglophones, conservatives, westerners, patriots– is the stealing away of our dignity.

It’s hard for immigrants to understand, because they weren’t here to witness it. The bottom line is a matter of pride. Feeling like a relic from ancient history, pride in Canadian identity has been systemically stolen away.

For the past 50 years– in tandem with the rise of Multiculturalism— pride has been limited to an exclusive club. Pride parades for gay communities. Pride in 3rd World identity through the diversity ticket. Pride in non-Christian religion.

Not so for the Canadian-born. We have been conditioned to believe that “old school” Canada is unworthy of dignity. Moving to the modern era, no single figure has driven this propaganda forward like Justin Trudeau.

After his trashing of Canadian heritage for the past six years, we are fed up. The yoke placed on our communities must be thrown off. The wheels are now rolling toward Ottawa to bring about change. Dignity must be restored. For this to occur, Justin Trudeau must be gone. And no more Trudeau’s in office ever again.

Generational Canadians do not want division any more than new arrivals. No one enjoys a fragmented nation. This is exactly what Trudeau and the Liberals have instilled into society. Stirring up resentment among citizens is the order of the day. Under our current government, racism has transitioned from social condition to the essence of our existence.

It is a false narrative, a divisive program for a single purpose: an accumulation of power over the people. Canada is not a dictatorship– yet. If we keep going in the direction the Liberals are driving us, one day we will be.

Hence, the drive toward Ottawa. Cultural Action Party can feel it in our gut. A resurrection of the dignity stolen from Old Stock Canada must occur.

A healthy, stable, democratic western nation is what Canada was born to be. Despite the inroads of what is in reality “liberal communism” we still have a chance. In order for this occur, Justin Trudeau must go.

14 thoughts on “Trucker’s Revenge: Will Canadians Take Back The Dignity Stolen From Us?”