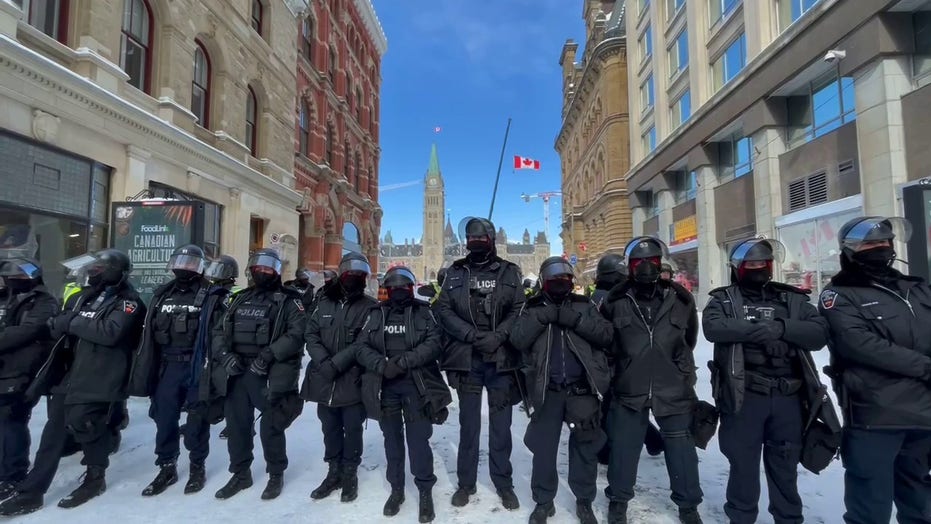 Sensible Canadians have to wonder where it all comes from. How did our country arrive at a most unnatural condition: systemic prejudice against its majority population. It doesn’t exist in China, India, Pakistan, or any other top source nation for immigration to our country.

Prejudice against Anglophones is a staple within our leading institutions. Irony drips forth as citizens with common sense observe a pattern. It is considered a righteous act when “racialized” Canadians speak on behalf of community rights. When “Old Stock” Canadians do so, it’s a “white pity party.”

Ottawa’s Hill Times refer to the Truckers Protest as an “anti-Vaxxer clown show.” The crowd consists of working class Canadians. The majority are white males and females. As a result, it is open season for media arrogance, insults and ridicule.

Why is media like this? Such vitriolic hatred of working class Canadians must have a purpose. For Cultural Action Party, its roots are found in a decades-long agenda of political transformation. It began with Pierre Trudeau, and has reached its pinnacle with Justin Trudeau.

As exemplified by a freezing of protestor’s bank accounts, we witness the methodology. All those who oppose government are pariahs of the state. Government treat them with scorn. The greatest advocate being Prime Minister Justin Trudeau. First he brands the protestors white supremacists. Next, he runs away and hides. Followed by invoking the Emergencies Act. He’s all over the place– but it doesn’t matter. Media have his back no matter what transpires.

All of it conjures up not democracy or liberalism, but rather “woke-based” neo-totalitarianism. To stand up against government is a criminal act– even when no laws have been broken.

As the dust settles and media move on to the Russian-Ukrainian crisis, we perceive the fall-out. No negotiation with the awful white men and women occured. Instead, the result is a tightening of neo-authoritarian screws. We recognise a recurring pattern: there is no purpose in going up against government. The result will only be a deepening of state-control.

For some unknown reason, media refer to this state-of-affairs as Liberalism. Wanna know what Liberalism is in Canada under Justin Trudeau? One day in a period of four-years, citizens are granted an opportunity to vote in a federal election. Once a government is formed, society spends the next four years trapped in a vice of pseudo-communism.

A commonality exists under neo-totalitarian dominance: the inevitable rise of a  demonized community. Rather than responsibility flowing toward government, it is off-loaded to their designated villain community. Within historical dictatorships, media exist to perpetuate the stereotypes.

Don’t you know? “The white males of the protest are a radicalization buffet for working-class pretenders marching against Canadian elitism fueled by pig roasts, legalized pot and foreign demagoguery.”

Meanwhile, media portray said communities as harbingers of racism and bigotry. It is these types who are responsible for “Islamophobia.” Traditional Canadians are genocidal toward First Nations, anti-Chinese, and homophobic. How great an animus can government, media and our academic world hold toward Anglophones? The sky’s the limit– it never stops, and likely never will.

We speak of past and present. What of the future? We, the so-called “privileged” peoples, have much to look forward to. As a result of immigration policy, Anglophones will within three decades transition to a minority community. Upon reaching minority status, what will be the chances that demonization will subside? CAP will go first: there is no chance at all.

There you have it, fellow patriots. The railroading of Old Stock Canadians into second class community status. This we call “Second Nations” Canada. All signs point toward its fulfillment as perpetuated by Canada’s controlling institutions.