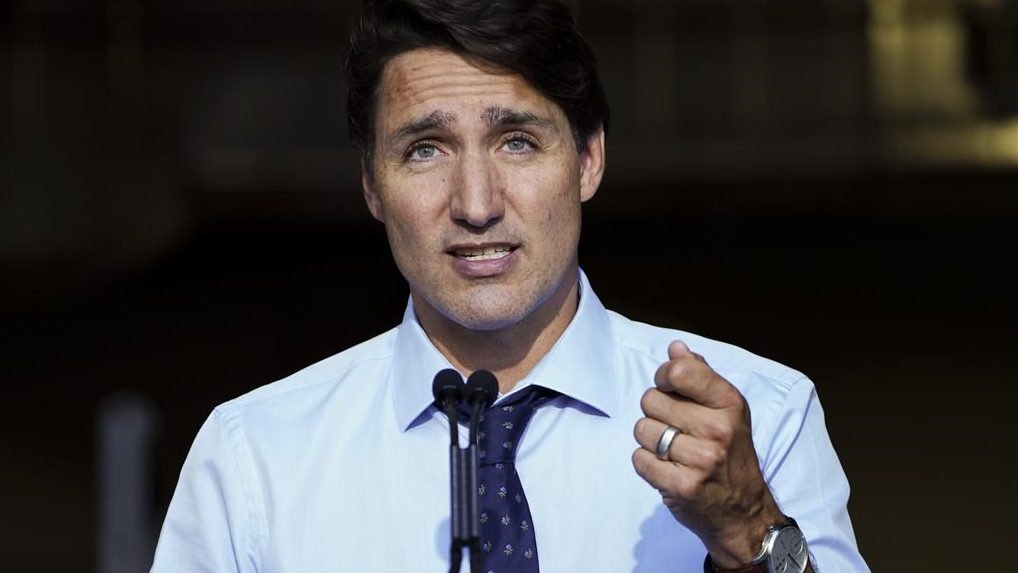 As a desperate media attempt to contain Canadians within a long-standing news bubble, the truckers convoy is making things difficult. News consumers are increasingly travelling beyond the confines of CBC, Globe & Mail, and Toronto Star. When they do, they discover a world separate from the media isolation which has ruled Canada for decades:

“Authorities in Paris and Belgium on Thursday banned road blockades threatened by groups organizing online against COVID-19 restrictions, in part inspired by protesters in Canada.”

And well as this gem from the United Kingdom: “Freedom Convoy protesters have said Justin Trudeau must go and vowed to stay put until he quits.”

In this we arrive at a fundamental point. The message is clear: in order to stop the social chaos, Justin Trudeau must be removed from office.

The chances of mainstream media espousing such a concept ranges between zero and nothing. They will never do it. Media have not once alluded to Trudeau’s culpability for the greatest degree of social chaos in the past 50 years. They do not so much as hint at this solution to the Truckers Protest.

It is obvious that our press work for Trudeau and the Liberals. In this, media have transitioned away from its duty to media consumers. Hard to believe there was a time when they adhered to a standard principle: the delivery of objective news reporting to the public. Devoid of partisanship, presentation involved discussing issues from a variety of perspectives.

Then came a new breed of Liberalism. Taking a leftist turn from what political science refers to as “classical liberalism,” the political ideology morphed into what is it today: neo-authoritarianism.

If the press didn’t communicate the transformation, they are loathe to deliver a related piece of reality: Justin Trudeau is the all-time leading practitioner of neo-Liberalism.

Now, Canadians want out. Media obfuscation resulted in a delayed reaction. It has taken over six-years for mainstream Canada to discover the truth about Trudeau. Today, it’s out of the box– while media desperately attempt to keep it contained. It isn’t working, and the worst(best) is yet to come.

Jerry Eagles, 35, of Valley View, Alberta, says: “I would say [Trudeau] is so out of touch with the Canadian people. He doesn’t deserve to be our leader.”

Marcy, 38, of Stettler, Alberta, added: “He is a liar and he’s not qualified to run a Dairy Queen.”

Think these Canadians to be part of a gang of bigoted racists as stamped by the press? Try on a statement Trudeau made yesterday for size:

“Canada has never been so strong and together as we are now.”

Drop Cultural Action Party off at planet Uranus. Exactly what world is Mr. Trudeau living in? Canadian society is at this moment consumed by the greatest degree of social chaos in a half-century. Of course, it was bound to occur with Justin Trudeau in charge. Some would the agenda qualifies as a form of manifest destiny.

Either way, Trudeau has to go. That is, if Canadians are in favour of putting a stop to an unspoken agenda: the conversion of Canada from democracy to dictatorship.