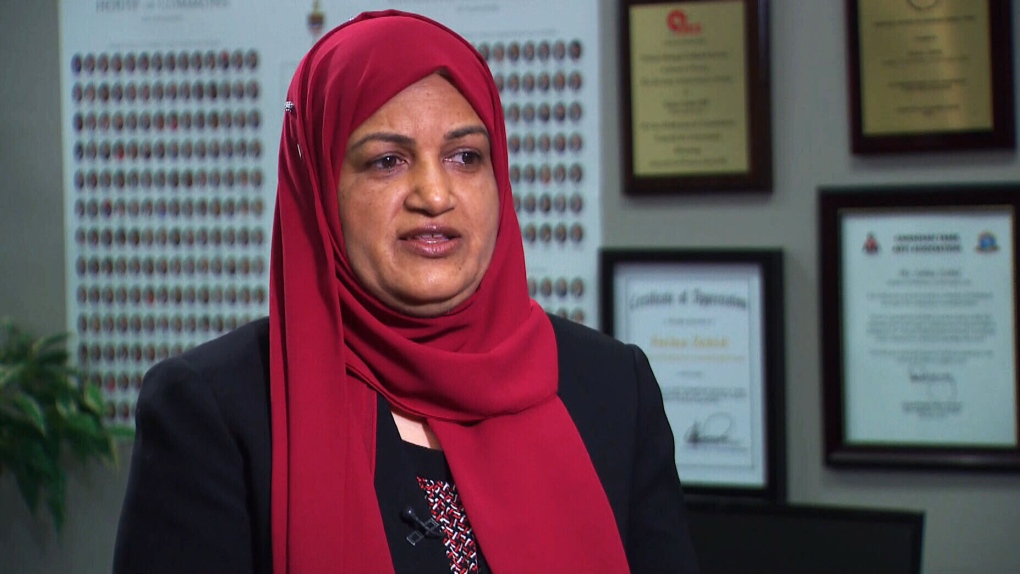 According to the National Post, virulent racist Nazih Khatatba has enjoyed a long term acquaintance with Liberal MP Salma Zahid.

Khatatba’s newspaper al-Meshwar is notorious for publishing hateful messaging toward  identifiable Canadian communities. If proven in court, the relationship could constitute a violation of Canadian law, as well as a hate crime. As it stands at present, Mr. Khataba’s racist extremities violate Canada’s Charter of Rights and Freedoms.

“A year later, Khatatba was one of 16 attendees in a Zoom meeting Zahid hosted as an introductory planning session following her appointment as the Parliamentary Friendship Group’s chair.”

To expand this topic is to uncover a poorly understood piece of reality. Upon election in 2015, Justin Trudeau put together what CAP call a “mini-United Nations” within his Cabinet. Dual citizens include Liberal MP Omar Alghabra(Syria, Canada); MP Ahmed Hussen(Somalia, Canada).

In total some 55 MP’s out of 338 in Parliament were born in foreign countries. At present, a count of 22 MP’s hold dual citizenship. CAP cling to our original theory:

PM Trudeau did not established his Liberal Cabinet based on competency, or political experience. Rather, it was all about  “optics”– as it always is for international showman  Trudeau.

Like Nazih Khatatba, Mr. Marouf is vehemently racist. Both men have serious hatred for Canadian Jews, and other segments of society.

Expanding our horizons, we turn to Liberal MP and Cabinet member Omar Alghabra:

“Conservative MP Melissa Lantsman blasts Trudeau’s transport minister Omar Alghabra and other MPs for meeting with a known anti-Semite, demanding to know whether he will apologize and denounce the individual.”

An apology has yet to be delivered, and likely, will never arrive. Liberal Cabinet member MP Omar Alghabra is a former President of the Canadian Arab Federation. Mr. Alghabra is known(or not known) for arranging a tour of Canadian mosques for Trudeau in 2015. As mentioned, Mr. Alghabra is a half-citizen of Syria.

Any other patriots recognize a pattern contained within? Is there a person in Canada of whom it is fair to hold ultimately responsible?  Of course there is, and of course that person is PM Justin Trudeau.

Sheltered, naive, vindictive– or all three at once? Whatever the case, Trudeau’s crack team of Liberal MP’s in the GTA— dominated by types like M103 “Islamophobia” motion founder MP Iqra Khalid— have quietly established a lock on Greater Toronto ridings.

Degree of expose from mainstream media: not one word. Not once has CBC or corporate media made reference to the greatest stronghold on the Parliamentary map: the Greater Toronto Area.

What a revelation. In turn, Justin Trudeau is paying legacy media to obfuscate the entire structure. Winner– Zahid, Alghabra, Hussen, Khalid. Loser– “Old Stock” citizens. If truth be told, it’s always this way with Justin Trudeau and his animus toward these communities.

Let us cut to the chase:

The Liberal Party of Canada— dedicated as they are to so-called “Anti-Racism” policies, have MP’s who have been caught associating with well-known racists and bigots.

Degree of anticipated fall-out? CAP go with zero– nothing at all.

O Canada– this is the state of your nation. Expect much more as Justin Trudeau continues to transition our country to a pro-fundamentalist, authoritarian state.