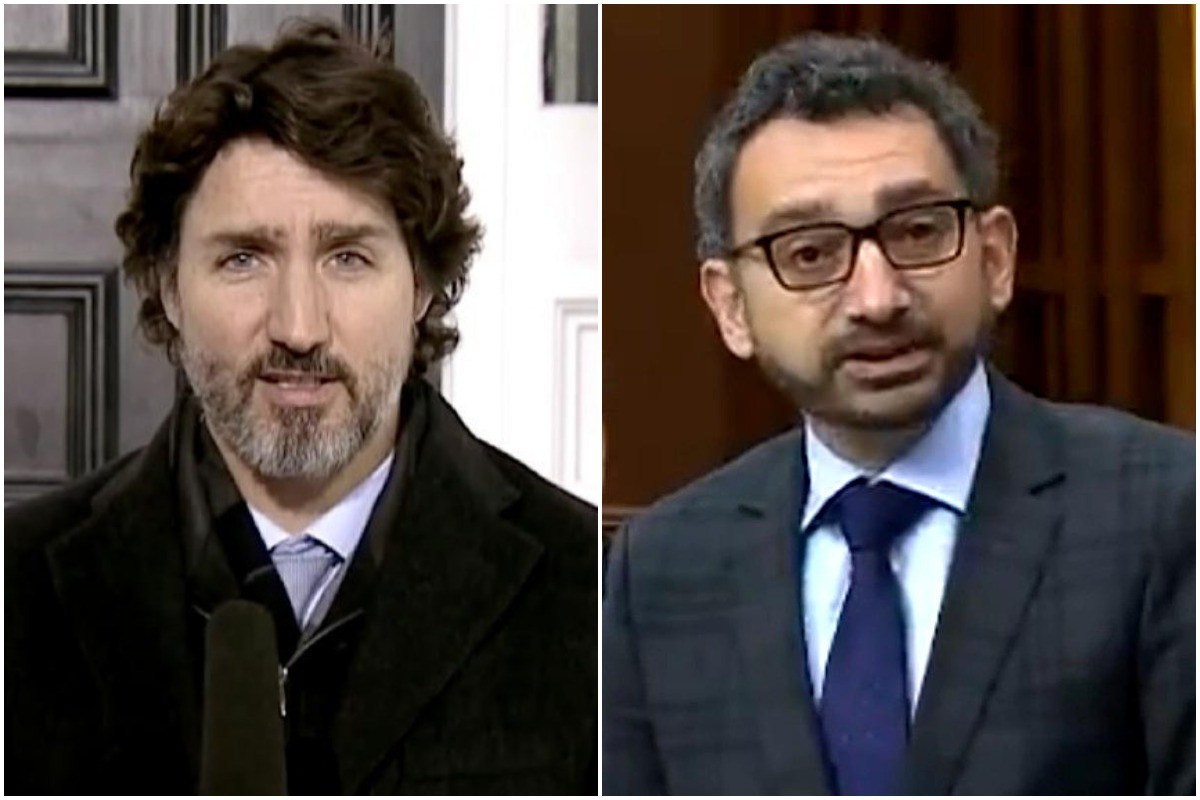 Transport Minister Omar Alghabra is concerned “about the small number of far-right, vocal opposition that is polluting the political debate sparked by a vaccine mandate for Canadian truckers.

Mr. Alghabra, half-citizen of Syria, is attempting to transform the image of the convoy truckers into a racist contingent. He is in good company. Ever since Justin Trudeau came to power, the “race card” has been a primary tool to quell opposition to Liberal Party policy.

Time and again, it has served as a silver bullet for rescuing Justin Trudeau from the brink. This occurred against ex-Conservative PM Stephen Harper during the 2015 election. Same pattern for Andrew Scheer in 2019. It was back in place during Justin Trudeau’s disaster of an in-person promotional campaign for the 2021 election.

Of course, the branding of Liberal government dissenters couldn’t be effective without media disseminating the message. This has been done with aplomb, and it’s back in action with Cabinet Member MP Omar Alghabra’s attempt to diffuse the impact of the trucker protest.

Alghabra’s ascendency to power is quite the curiosity. He was born in Al-Khobar, Saudi Arabia to a Syrian family. His family moved to Toronto when he was 19 years old. He attended grade 13 to obtain his Canadian high school diploma. He later completed his Bachelor of Engineering at Ryerson University.

Alghabra began his first major foray into politics as President of the Canadian Arab Federation in 2005. He first took office the following year after the 2006 federal election.

Mr. Alghabra has won four terms in a row as Liberal MP in the riding of Mississauga Centre. For reasons unknown, he appears unbeatable. As an early architect of bringing the Canadian-Muslim vote to the Liberals, MP Alghabra has been rewarded handsomely by PM Justin Trudeau.

In regard to the current truckers convoy, Alghabra took “particular aim at Conservative MPs, some of whom have offered full-throated support for the truck convoy and freedom from what one has dubbed the vaccine vendetta.”

Witness Trudeau’s Transportation Minister play the Liberal-Globalist tactician. Whenever momentum builds in opposition to our PM, Liberal MP’s undermine it by informing Canadians that the Conservative Party is racist.

Why do Liberal MP’s like Alghabra do it? Because it works– every time thus far. The motive is political strategy– not political reality.

The bottom line is basic: to quell all public push-back against Justin Trudeau and the Liberals play the race card, win the game.