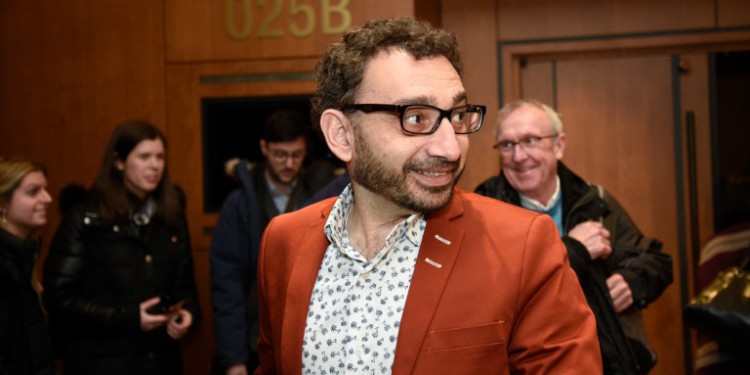 The Minister of Transport MP Omar Alghabra, along with other Ministers, issued the following statement today:

“The Government of Canada and the Canadian Trucking Alliance both agree that vaccination, used in combination with preventative public health measures, is the most effective tool to reduce the risk of COVID-19 for Canadians.”

Simple in its messaging, it’s an innocuous statement. Yet, like all messaging from our federal government, we must read between the lines. Considering the extremities surrounding the statement, we offer additional insight.

The current trucker convoy is shaping up as the largest act of public protest of modern times. Over $4 million dollars has now been raised. The momentum is growing by the hour. Truckers from the United States are joining in on the action.

While reporting on the situation, Canadian media are doing their best to downplay the magnitude of this event. It is by all standards, wholly unprecedented.

Liberal government reaction? Not one iota of policy has changed. Not a shred of attitude has been altered. PM Trudeau and the Liberal’s are 100% cast-in-stone.

This inflexibility is something Cultural Action Party has harped on about for years. Regarding all major policies, our Liberal government is fixed in cement. So much so they come across as political automatons.

Carbon Tax, Climate Change, Immigration, Covid– you name it, and the Liberals are robotic about it. All of which conjures up a dynamic that has never been addressed.

If one didn’t know better, one would believe another entity is making decisions for them. From day one of the Trudeau Regime, government’s decision-making has held an aura of a most ominous condition:

“We’re just following orders.” This one we have heard before, and the results have never been good. The situation strikes CAP as pre-meditated. It’s as if every move made by Trudeau and Cabinet have been scripted by some shady power from beyond.

Thus, we arrive at Minister of Transportation Omar Alghabra’s response to the truck convoy: it’s business as usual. Hands up those who consider the situation indicative of democratic governance?

Or rather, does the whole endeavor strike you as infused with the totalitarian? It is in this we reach the crux of the condition of our nation. Canadians today are living in a false democracy.

Cabinet Member Omar Alghabra, half-citizen from either Syria or Saudi Arabia(only his hairdresser knows for sure), is simply following orders. CAP bet our bottom dollar the same is true for Prime Minister Justin Trudeau.