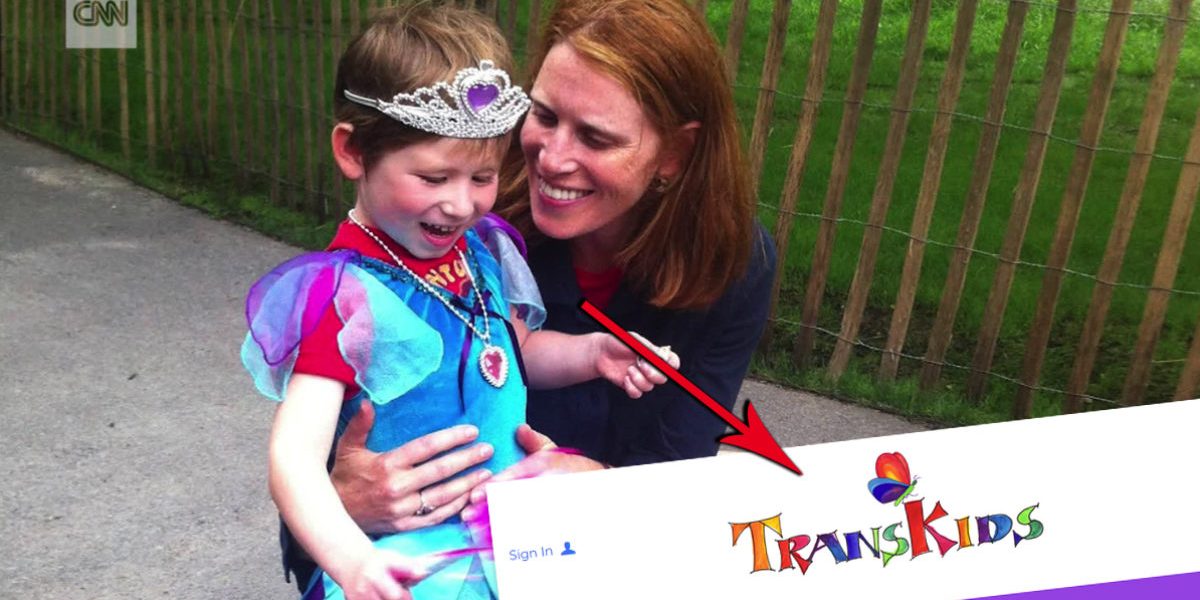 Two parents in Oregon have filed a million-dollar lawsuit against Woodburn School District over a second-grade teacher they say took it upon himself to give their eight-year-old son one-on-one gender lessons after erroneously assuming the boy was transgendered.

The Nellie Muir Elementary School student had special permission to use a staff restroom due to a digestive condition, but a female teacher allegedly noticed him entering the restroom and ASSUMED it was due to gender discomfort, the Salem Statesman Journal reported.

The lawsuit alleges that the teacher pulled the boy out of recess to show him videos and books “in an effort to promote (him) becoming transgender.”

My, my– the things that go on in the hidden world of the transgender industry. By way of establishment media, there is NO DOWNSIDE to transgenderism. Dig into the issue yourself, however, and an entire world of illicit and arguably ILLEGAL behaviour begins to be revealed.

Within the Oregon Public School System, a teacher ISOLATES a child in a private room, and begins to indoctrinate the child with pro-transgender literature and lectures. In the real world, this is psychological ABUSE of a child. In the politically correct LGBT world, this is acceptable behaviour.

Here in Canada, the same dynamic exists. Here too we have “Transgender Story Time”— a pathetic attempt at brainwashing school children into accepting ideas such as gender- fluidity. Story time begins at 6 YEARS OF AGE.

Please do tell–how many Grade 1 students have the mental capacity to comprehend issues of adult sexuality, gender-conformity and the rest of the malarky? This would be ZERO PERCENT.

The trans-world is out-of-control. In Vancouver B.C. Canada, a case related to a father and his 14 year old child is in in the courts. The father is not standing back while government, education and health industries instruct him he MUST go along with the child’s desire to change their sex.

What is the result? The father is forbidden from “publishing, speaking or giving interviews about this case or about [the boy’s] personal and medical condition”.

His father is also prevented from “from sharing related documents or information with other persons, including media and social media organizations, who might publish that information”.

In an April 15 decision, Justice Francesca Marzari ruled in the boy’s favour, granting an order restraining the father from attempting to persuade the teen to abandon treatment for gender dysphoria. Government, Heath and Medical industries support the judge’s decision.

The judge concluded that the father’s “expressions of rejection” of the boy’s gender identity “constitutes family VIOLENCE”  Last time we checked, violence involved a physical confrontation. Apparently, those days are over.

The transgender industry is a disgrace. So is the Woodburn School District, and the Nellie Muir Elementary School. The teacher should be dismissed straight away. Yet, in Transgender-land, these types just keep on maintaining an ability to LORD IT over everyone who stands in their way.

Transgender surgery for children too young to understand the details of human sexuality in ANY CAPACITY. Families thrown into chaos by way of sex change indoctrination in our schools. Parents estranged from their children. NON-FDA APPROVED hormone drugs being shot into the bodies of our youth. Depression, Suicide, and increases in chances of heart attack and stroke. Instead of considering CBD products for anxiety, these parents are forcing their anxious kids to extremes that will change their life forever.

Yet, incredibly, media HIDE the whole ugly mess from public awareness. Health and Medical industries IGNORE the downside of transgenderism.  After all, there’s big money for big pharma in this ball-game.

Simply put, this CANNOT STAND. The trans-for-children movement must fall, and quickly. If not for ourselves, for our children and their children— if they are not rendered sterile first.