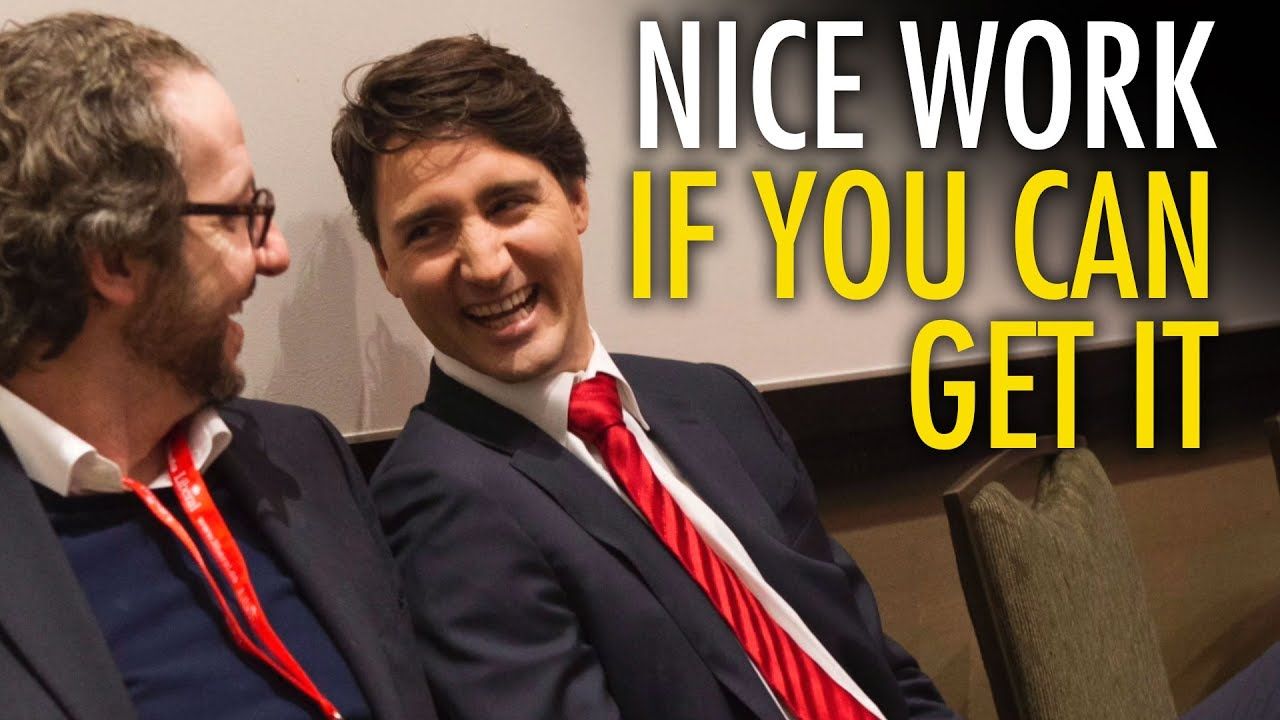 It’s the simple truth–and thereby, a statement regarding the state-of-the-nation within Justin Trudeau’s ‘post-modern’ Canada.

Simply put, our nation has been seduced into complacency while PM Trudeau and advisor Gerald Butts trans-sitioned our country from democracy to a “pseudo-dictatorship.”  Next up for the Trudeau Globalists–a full transition to a true dictatorship with Comrade Justin Trudeau locked-in as ersatz “dictator-for-life.”

CAP write incessantly about issues of this nature, so for brevity’s sake, we will not list off every example of this social phenomenon–it would take thousands upon thousands of words to properly articulate the endless examples.

Therefore we will try to make this succinct, as well as enlightening. Quintessential examples of Canada’s move to a “democracy lacking democratic principles”:

— Media under King Trudeau function as a branch of government–just like in China and Cuba.

— Government work not for the average citizen, but rather on behalf of a political ideology. Our national leader is not an expert in law, economics or any other fundamental required for the role. Rather, he is a full-on political ideologue.

— Our ruling government is anti-Christian, and pro-Islamic. They work in the area of population control—abortion and transgenderism( rendered sexually sterile) for Old Stock Canadians, in tandem with massive immigration of large Third World immigrant families.

— Anyone who disagrees with government policy is branded like cattle as a racist, bigot and xenophobe. This is effectively crushes any and all opposition to government’s social agenda.

Anything else? Of course there is–CAP could go on quite a while in this capacity. The signs are obvious and blatant--the very reason why the Trudeau government instruct CBC, Globe & Mail and all the rest to “dummy-up” about the whole darn thing.

What an absolute disgrace. CAP predicted this from the first day King Justin adorned his PM crown. On this day, our nation trans-sitioned into an entity not a single Canadian asked for, or approved of.

Since this day, Justin Trudeau has gone absolutely hog-wild with an agenda to disempower Anglophone Canada, and transfer this power to Third World/Islamic Canada.

He has had massive, giant success in doing so. Yet, we never read of such a thing within Canadian establishment media. They do what they are instructed to do by government–just like it is in China.

Here at CAP, we would like to be less repetitive in our commentary on these social conditions, but it is not easy to do so while attempting to communicate the type of messaging we deal with.

Simply stated, this form of ideological take-over cannot have come from nowhere. Here, we refer to a giant area of media obfuscation-– the roots of Canada’s journey to pseudo-communism.

Fact: Liberal PM Pierre Trudeau venerated communism, admired China and Chairman Mao, and was a close friend of communist leader, Fidel Castro. Pierre’s other son, Alexandre Trudeau, is a film-maker who works for the government of Iran.

Historically speaking, Pierre Trudeau was the first western leader to “break the ice” with China, after meeting with Mao Tse Tung three times in the early 1970’s.

See where we are going with this? This is where–to the exact place CBC, Toronto Star and National Post will never go to– a connection between the Trudeau “Dynasty,” and our nations transition from democracy to dictatorship.

It’s a wicked game they play. Who are the players? Justin Trudeau, and Pierre Trudeau before him. United Nations. Geo-political Islam and Sikhism. International banking, George Soros “Open Society Foundation.” Gerald Butts, Immigration Minister from Somalia, MP Ahmed Hussen. There are many others–both domestically, and globally.

As it happens, CAP are constantly accused of spreading lies, hate, and various other so-called “deceptions” within our media output. This is fine, we can deal with it.

What we maintain is that the lies, hatred and deceptions really come from the Trudeau government. What they preach is a lie. “Diversity is our strength” is nothing short of globalist poppycock– CAP do not believe it for one second.

Here’s the thing– Multiculturalism, Immigration, Refugee intake–these are not policies–they are “agendas.” Our ruling government has optimized these three policies for a specific purpose– an advancement of power for Third World Canada, and a corresponding disempowerment for the awful, “racist” people of Old Stock Canada.

The purpose is to steal our nation away from us. Once the globalist behemoth is successful, this agenda will be justified by stating that Anglophone Canada stole the land in the first place.

But here is the kicker: those stealing our country by way of the “stolen land” theory are not those who were affected. Rather, the thieves are those who were in no way impacted by historical racism toward First Nations communities.

It is Liberal- Third World Canada who will succeed on this basis. Conclusion: The entire situation is one giant SET-UP— a globalist agenda of mass destruction— for Anglophone Canada, that is.

Talk about an ominous situation for Old Stock Canada!  Media say not one single word about any of this.

This, fellow patriots, is your Canada. This is not some hysterical myth–it is exactly where Canada is headed as long as Justin Trudeau and his Sunny Gang of Culture-Killers remain in power.