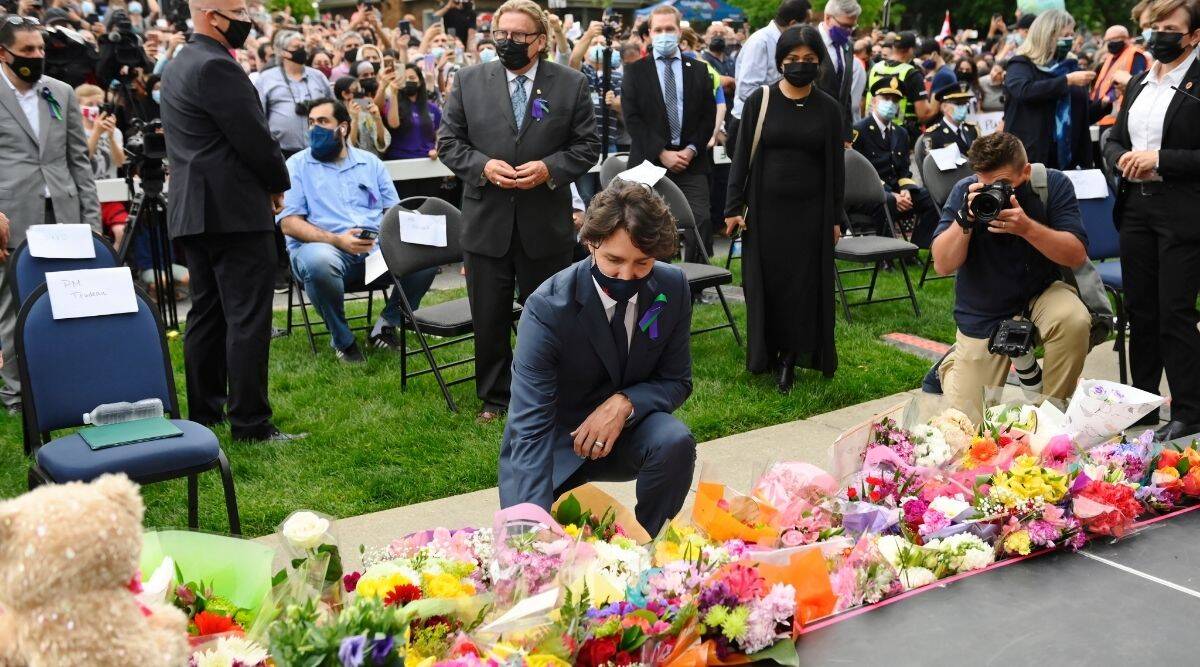 Canadians born in what is called the post-war baby boom era may recall a hit song from the 1970’s titled “Will It Go Round In Circles.” When it comes to the topic of racism– as well as proposed solutions to this social malady–going around in circles is all Canadian society ever does.

The growth of racist incidents in Canada call for definitive action. The problem is that despite calls for change, there appears to be little concrete action government can take to reduce inter-community hostility.

The recent case of a Canadian driving his car into a Muslim Family in London, Ontario should serve as a turning point. Yet, a true manifestation of change is unlikely. Prime Minister Justin Trudeau can announce that he will work to curtail racism, but neither he, nor anyone else, can change attitudes and behaviours occurring on Canadian streets.

Within this context that Cultural Action Party suggest a novel idea: a five year ban on immigration intake to cool off the heat on the street. During this five-year run, society can assess whether or not racism has increased or decreased.

The fascinating thing about such a concept is the extent to which government or media address immigration policy’s impact on racism. The answer is no degree whatsoever. Are common sense Canadians to assume that the highest migration quotas in history has no impact upon racism within society?

This is what what the Liberal government appear to prefer. And it is occurring–because Canadian media never speak of this issue. A long term break from immigration is tangible action. It is not endless debate on “systemic racism.” It is not a perpetual catalyst for government to hold Canadian-born citizens responsible.

This is what is called “taking action.” Want to know what stimulates racism in Canada? When our demographic make-up changes so rapidly that “Old Stock” Canadians become overwhelmed by the transformations. Does it take Stephen Hawking to deduce a conclusion such as this?

So why is it that CBC, CTV, Globe & Mail, and Toronto Star cannot think along these lines? Obviously, they can–but they choose not to–or are instructed not to.

READ MORE: Why Canadians of ALL Backgrounds Must Oppose Trudeau’s Damaging Agenda

It is here we come to the heart of the issue–that of responsibility for community discord within our pluralist society. The blame game comes in mighty handy in this regard. Government blames our old school citizenship. Only thing is–they are wrong. The responsibility begins with the proper management of society by way of our leading institution– the ruling government of Canada, Prime Minister Justin Trudeau presiding.

CAP Prediction: PM Trudeau will never reduce Canada’s immigration quota. Vigilante groups of Inuits and Jamaicans could be battling in the streets, and there will be no reduction in immigration quotas.

Which, of course, brings about a salient question: what is it that Justin Trudeau values most?Community harmony– or sitting on top of his perch as prime minister? No surprise– CAP choose the latter. In fact, we claim that media’s positioning on our PM as a concerned human rights advocate is a giant snow-job.

What matters most to Trudeau is domination over society. If this were not the case, he would not be leading Canadian society around and around in circles. Immigration intake directly correlates with votes for the Liberal Party of Canada.

There’s you true motivation for prioritizing personal interest over the well being of Canadians–even when the situation results in the murder of an immigrant family.