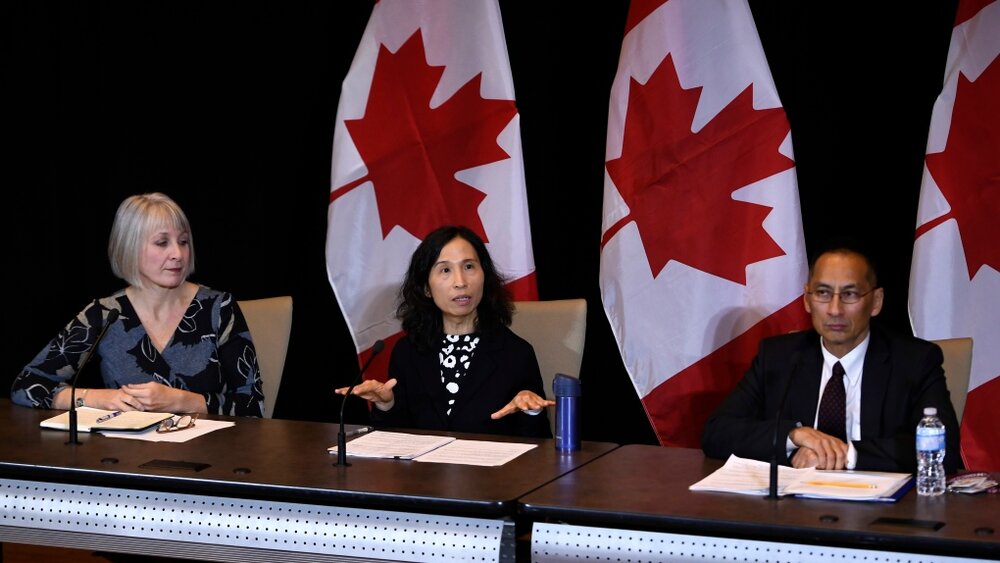 According to Canadian Health Authorities, Canada is “sleepwalking into a third wave, which could be the worst one yet.”

As reported by the Globe & Mail, our nation may be “set to intersect with emerging variants of concern and vaccine shortages, creating a perfect storm for a massive third wave. For most provinces, the second wave of the pandemic has been deadlier than the first.”

What to make of catastrophic pandemic conditions within present-day society? This surely speaks to post-modern circumstances– just not the ones Prime Minister Justin Trudeau alluded to when blessing Canada with this distinction in 2015.

“The new variants present two new challenges. The first is a more difficult virus to control and contain. The B.1.1.7 variant is about 60% per cent more transmissible. Early evidence suggests it might also cause more severe disease, and have a higher mortality rate.”

Permit us to step back in time. Upon election victory in 2015, Cultural Action Party predicted that an ushering in of Justin Trudeau would result in some form of destruction within Canadian society.

We did not state that Trudeau would “destroy Canada,” but rather that his capture of the PMO would result in major social calamity. We did not predict what form in which this would manifest.

A concept we did pitch in 2015, however, was that this cataclysm would be powerful enough for the ruling Liberals to shut down government.

At it turned out, this manifested in closing down Parliament–and therefore the institution of democracy-– for intermittent periods since Covid came to Canada.

Keeping in mind the incremental nature of political transformation, please consider the following:

The Covid pandemic will ultimately rationalize the need for 153 years of democratic governance to come to an end— our actual fear from day one of the Justin Trudeau-era.

Justifying a transition to a one party state is not found in Covid alone. Rather, it could be a by-product of pandemic ruination– a collapse of the Canadian economy– that provides a final justification.

“Look at the European countries, they give us a clue as to what might happen if variants circulating and we let our guard down,” Tam said, adding that if that happens Canada could see a “massive acceleration leading to a third resurgence.”

CAP Interpretation: If 38 million citizens do not behave exactly as government tell them to, we are in GIANT trouble.

Ringing any political bells here? Is what Theresa Tam describes not the social condition every day of the year within communist societies?

Here we find justification for total control of our population. How long will the pandemic last? Nobody knows. Potential outcome: government control every move made by Canadians citizens indefinitely– meaning potentially– forever.

CAP has spoken of Canada’s possible transition to a socialist dictatorship so often we are sick of hearing about it ourselves. But is this prognostication out of the question? Could it be that Canada is indeed being re-invented before our very eyes?

No one can say for sure, except perhaps Justin Trudeau and his globalist backers. CAP certainly cannot. Still, the clues are many, and the answers are none.

Canadian Media certainly refrain from any ideas along these lines. Notice how not one mainstream media outlet ever speculates on the long-term social or political ramifications of the giant virus debacle?

Is a day to arrive when Canadians will be informed by government that “due to circumstances, our nation cannot continue with its current form of governance.”

Just as ominous is the idea that rather than fight this tooth-and-nail, citizens of our country sit back and willingly accept Canada’s transition to a non-democratic, one party state.