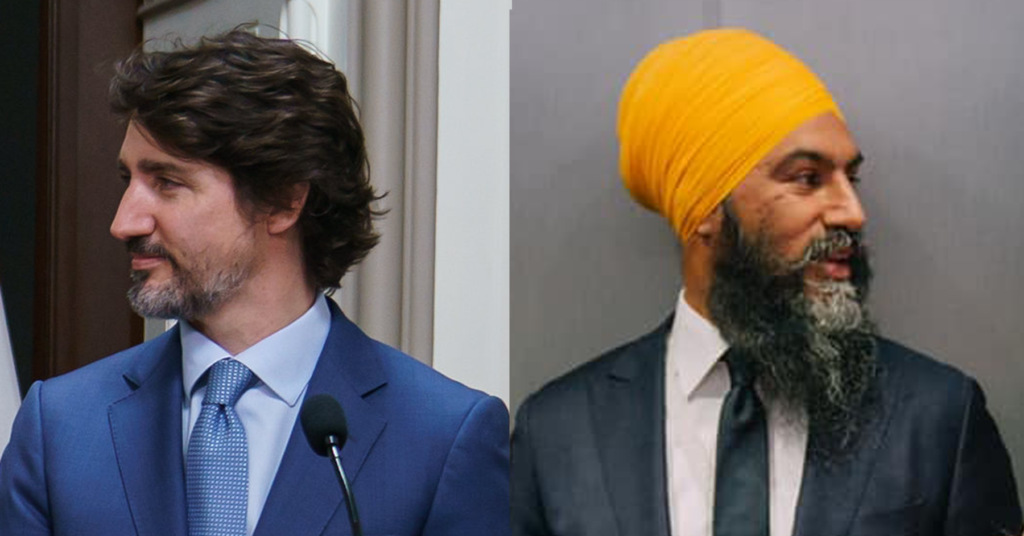 Among the curious elements contained regarding the topic of racism in Canadian society, perhaps the most troublesome is encapsulated in the following:

The branding of Canadians as racists exists only in an ‘Anglophone versus non-Anglophone’ capacity.  In others words, there is no such thing as racism perpetrated by 3rd World citizens against Canada’s “Old Stock” communities.

How telling this is. For example, what would a common sense Canadian call the killing of two white Canadian schoolgirls murdered by a Syrian refugee in Danforth, Ontario? Is it out of the question that this on constitutes an act of racism?

Indeed, it is– by way of Canadian media. Conversely, an act of racism was confirmed by no less than our current prime minister when a hijab was torn off the head of a schoolgirl in Ontario.

What an incredible example of bias and hypocrisy. Even more amazing is the fact that this is the general state-of-society within 2021 Canada. Yet, no one speaks of this borderline-insane situation.

What we have here is a “written-in-stone” social dynamic in which racism is a one-way street. There is no such thing as racism directed at white Canadians.  No form of bigotry exists regarding insults, slurs and virulent hatred of Christians in Canada.

Why not? Are citizens to believe an IMAM at the local mosque has never crossed the line into racism and bigotry? If so, they must be listening to Justin Trudeau far too much. In fact, a plethora of examples of this nature have occurred within Trudeau’s “no core identity” Canada.

And yet, Canadians never hear about incidents of this nature qualifying as acts of racism– let alone cases such as the Danforth murders.

Think this a curious circumstance? Try this on for size– the leading writers, editors and publishers within Canadian media are of the “Old Stock” variety.

Why on earth would this scenario exist upon this basis? It is here we come to the “heart of the matter.” Simply stated– this is a wholly unnatural phenomenon. Therefore, an element of collusion must exist. The uniformity involved indicates one of organization–a pre-conceived agenda of political and social manipulation.

Therefore, one can logically refer to this as “systemic.” See the way the Great Reset agenda rolls? “Accuse the other of the behaviour that you yourself indulge in.”

In the real world, racism, bigotry and xenophobia are a two-way street. Just look to nations Justin Trudeau throws billions of our tax dollars at to verify: Syria, Nigeria, Somalia, Afghanistan, Pakistan and Iraq,

Systemic racism is innate within every one of these countries. Yet, according to Justin Trudeau and his multicult minions, it is only Canada which is “systemically racist.”