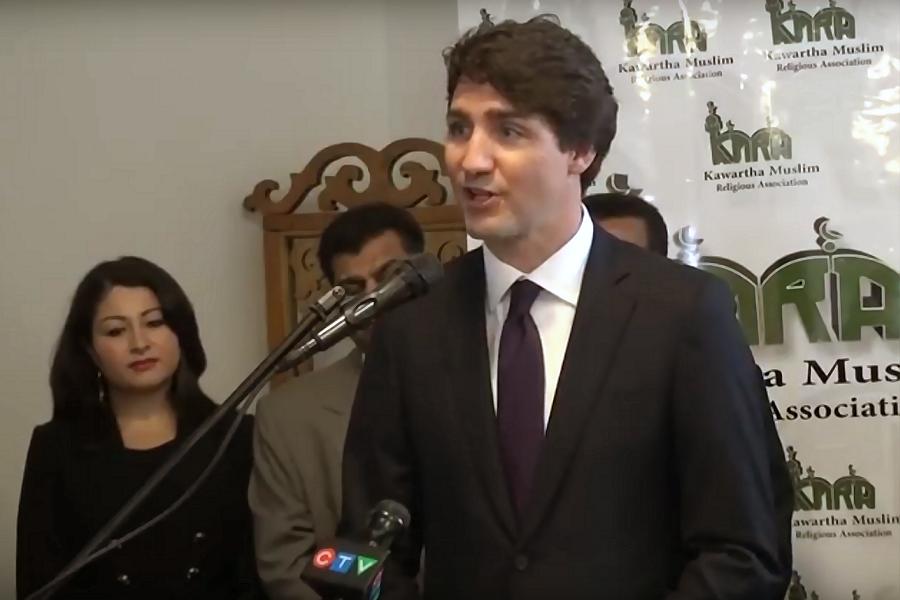 Justin Trudeau has accomplished more for the Islamic community of Canada in four years than would have organically occurred over the course of four decades. Part of the reason is found in the Cabinet Members and Members Of Parliament Mr. Trudeau selected to empower within the Liberal Caucus.

In 2015, Justin Trudeau appointed dual Saudi-Canadian citizen Omar Alghabra to the position of Deputy Minister of Foreign Affairs.  Alghabra, rumoured to be a ex-member of the Muslim Brotherhood, is responsible for all foreign Canadian consulate offices world wide.

In 2015, Mr. Alghabra, a former donut salesman, arranged a Canada-wide tour of mosques for PM Trudeau to visit and preach his pro-Islamic ideological stance. Over 1400 guests joinedspecial guest Justin Trudeau at the Islamic Center of Canada for the first ISNA Canada sponsored Iftaar of Ramadan.  On behalf of ISNA Canada and our surrounding community, they thanked Justin Trudeau and his team– including Omar Alghabra-– for their visit and support.”

Next up, MP Maryam Monsef, Minister of Status of Women. Did you know? MP Monsef’s place of birth is UNKNOWN. It is rumoured to be either Afghanistan or Iran–but no one knows for sure. Are readers aware that at the time Justin Trudeau placed her in charge of the Electoral Reform file,  Monsef had only lived in Canada FOR SIX YEARS. She was thirty-one years of age at the time– a FIRST TIME MP who grew up in a NON-DEMOCRATIC Islamic nation.

Then when she flopped in this position, PM Trudeau moved her to the Minister For Status of Women portfolio. Yet, Ms. Monsef is a supporter of Sharia Law–which includes permissible Child Marriage and female genital mutilation practices. What an incredibly poor choice!

MP Iqra Khalid is another fascinating case. It was she–a dual Pakistani-Canadian citizen, who initiated the M103 “Islamophobia” motion, which effectively elevated the Nation Of Islam to a social status ABOVE ALL OTHER organized religions in Canada.

Are you aware? On May 12, 2018 , Iqra Khaid dedicated  a park in Winnipeg to the FOUNDER OF PAKISTAN, M.A. Jinnah. This man  was responsible for the amputation of historic Hindustan leading to the death of a million lives in 1947, three million in 1971 and four wars.

A park in Winnipeg, Canada dedicated to the founder of Pakistan. WHY? No one knows–it’s a complete MYSTERY–made even more mysterious by the fact that establishment media in Canada BURIED the entire story. Meanwhile, Ms. Khalid has yet to say a disparaging word regarding the murder of Christians and other blasphemers within her beloved Pakistan.

Worst of all is MP Ahmed Hussen, current immigration minister of Canada. Simply put, this fellow does not like traditional Canadian identity, heritage and religion. Hussen is another dual citizen-– a Somali national who also hold a Canadian passport. Since PM Trudeau elevated Mr. Hussen to one of the most powerful government positions in Canada, he has gone all-in on a TRANS-formation of Canadian society into a nation-state dominated by globalist, Third World and Islamic forces.

As a measure of dedication to Canada, Hussen informed CBC that if boss-man Justin loses the 2019 federal election, he will RETURN to Somalia, and push his brethren upon Canada from there. Such dedication to the Great White North, eh? Subsequently, CBC BURIED his comments, never to be found again.

These are just four of the power-players Justin Trudeau elevated within government. Not one of them–as well as Trudeau himself– has ever issued  one word of criticism or condemnation of Islamic religious practices in Canada. This includes female genital mutilation(illegal), child marriage(also illegal) Sharia Law(breach of Charter), ISIS militants, religious misogyny, or any other aspect of Islamic religious practice.

They all place Islam ABOVE Canada, its laws, its culture, identity and heritage. Justin Trudeau understood this from day one. He does appear rather “intimately connected” to the ways of Islam, Sharia and the Koran.

Why does our “progressive” and “feminist”PM support archaic and misogynist religious law in Canada?  Funding, advancing, protecting, insulating, elevating one specific identifiable community above all others. That is not the role of a prime minister. Rather, it is the behaviour of an amateur political IDEOLOGUE— one with so little understanding of the fundamentals of the role of prime minister he had to go off on a political/religious tangent not a single Canadian asked or voted for.