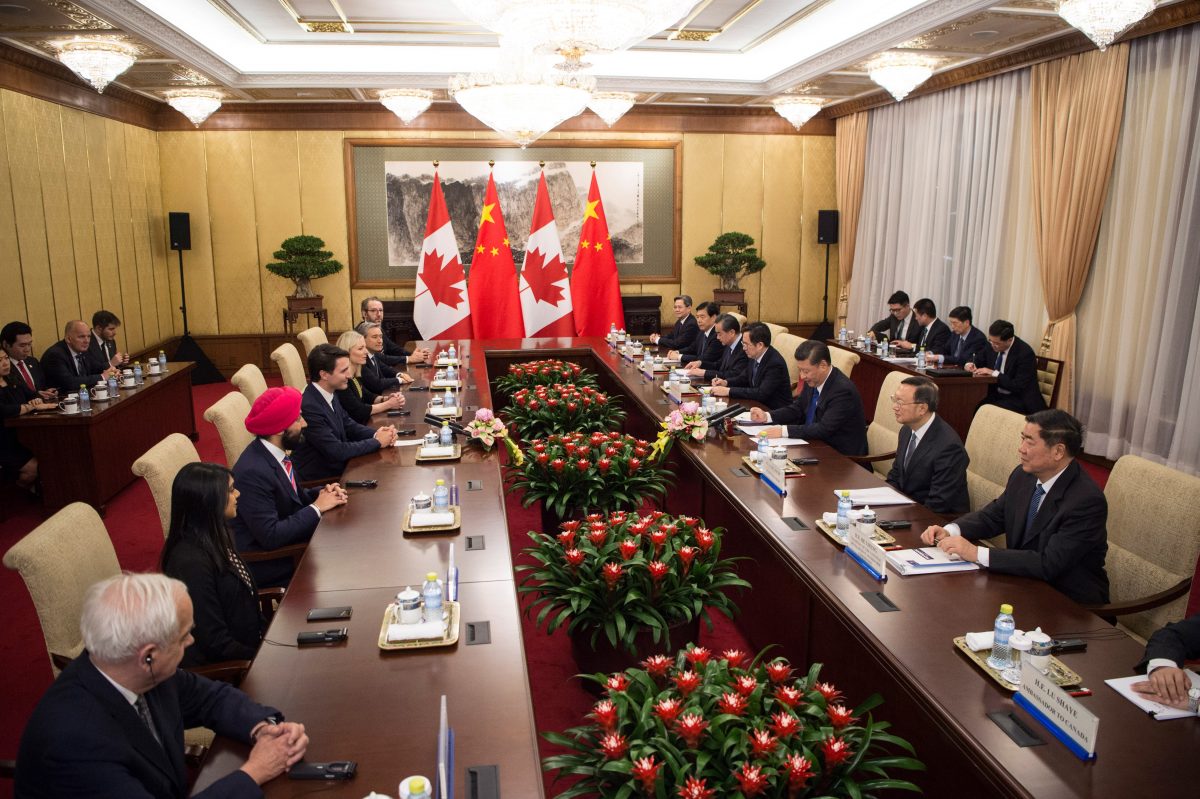 “The former director of the Canadian Security Intelligence Service(CSIS) has calling on the Liberal government to scrutinize the recent takeover of a Nunavut[Canadian] goldmine by a Chinese state-owned company.”

TMAC is among an increasing number of Canadian companies being bought up by state-owned Chinese corporations. In March 2020, the Trudeau government permitted Continental Gold to be purchased by China’s state-controlled Zijin Mining for $1.3 billion dollars.

Richard Fadden, head of CSIS from 2009-2013, told the Globe and Mail that the federal government should keep Canada’s national security interests in mind when examining the purchase.”

Justin Trudeau isn’t worried in the least. Away from public knowledge, our prime minister approved a comprehensive sell-off of Canadian gold reserves. Nearly all of it was purchased by China. Throughout the process, establishment media barely blinked an eye. Important to CSIS— irrelevant to the prime minister of Canada.

Pierre Gratton, president of the Mining Association of Canada, said the TMAC takeover has raised eyebrows because Shandong Gold Group is a Chinese state-owned enterprise.

CAP offer up a piece of fascination: Trudeau’s decision to dump all Canadian gold holdings came mere months after his election as PM in 2015:

Why did Trudeau take this action– especially so early in his tenure? On this basis, it’s near-impossible for this to be a short-term or spontaneous decision. Serious preparation would have been done in advance for the sell-off to occur. Four months into Trudeau’s tenure, our Liberal government divested itself of all its holdings of gold.

According to the Department of Finance’s international reserves data issued on March 19th, 2016, Canada’s gold reserves were down effectively to $0.

Was this done as a favour to the government of China?  Could Mr. Trudeau’s altruism be pay-back for China’s assistance in a successful run for prime minister of Canada?

“For several months, the Trudeau government has been  sitting on briefing notes from the Canadian Security Intelligence Service(CSIS) setting out how Beijing quietly funded 11 candidates in the 2019 federal election.

Down at the Swap Meet:

Did Justin Trudeau strike a deal with China in the following capacity? “You help me become prime minister of Canada, and I will ensure you receive the bulk of Canadian gold holdings.”

It’s a hypothetical, but one which could have serious legs.

“Canada is currently the only G7 nation without any official gold holdings.”

What a revelation this is. Not for 38 Million Canadians, of course. Seems mainstream media in Canada has intentionally held back the news.

“Gold is an antique instrument. This is why Canada sold all its gold reserves”

Don’t be so sure, fellow patriots. In 2020, China was listed as maintaining the largest gold reserves of any country on the planet. Justin Trudeau assisted them in achieving their goal by selling them the lion’s share of Canadian gold.

Smart business, or a return favour for helping to fast-track a former ski-board instructor into the PMO? No matter how you slice it, the Liberal Party of Canada always come out smelling like communist roses.