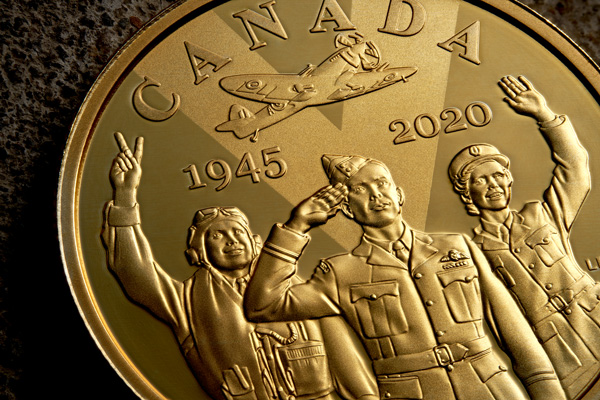 “The former director of the Canadian Security Intelligence Service(CSIS) has calling on the Liberal government to scrutinize the recent takeover of a Nunavut[Canadian] goldmine by a Chinese state-owned company.”

TMAC is among an increasing number of Canadian companies being bought up by state-owned Chinese corporations. In March 2020, the Trudeau government permitted Continental Gold to be purchased by China’s state-controlled Zijin Mining for $1.3 billion dollars.

Richard Fadden, head of CSIS from 2009-2013, told the Globe and Mail that the federal government should “keep Canada’s national security  interests in mind when examining the purchase.”

Justin Trudeau doesn’t agree. Away from public knowledge, our prime minister approved a sell-off of all Canadian gold reserves. Nearly all was purchased by China. Establishment media has barely blinked an eye.

Yes—important to CSIS, but irrelevant to the prime minister of Canada.

In 2019, Cultural Action Party uncovered a curious situation involving the sell-off of Canada’s gold reserves. Unpublished information spoke of the funding of new pan-African currency launched by the government of Libya.

Our Liberal government have maintained a close-bond with the Libyan government, as facilitated through SNC-Lavalin contracts with Libyan authorities.

Pierre Gratton, president of the Mining Association of Canada, said the TMAC takeover has raised eyebrows because Shandong Gold Group is a Chinese state-owned enterprise.

Clearly, the industry is worried. Justin Trudeau is not worried at all. What a shock it is that legacy media let the situation slide by without a word of condemnation.

Trudeau’s decision to dump all Canadian gold holdings came just months after his election as PM in 2015:

Why did he do this– especially so early in his tenure? It’s not as though the move could have been a spontaneous decision. There had to be serious preparation in advance for this to occur– yet the gold was gone four months into Trudeau’s tenure.

It is possible that the approval was made as a favour to the Chinese government? Could Mr. Trudeau’s altruism be pay-back for China’s assistance in a successful run for prime minister?

According to the Department of Finance’s international reserves data released March 19th, 2016,  Canada’s gold reserves were down effectively to $0.

In a related development, in 2016 the Canada-Libya Chamber of Commerce came into existence. Their president is Sara Bronfman, daughter of the man Canadian writer Mordechai Richler branded as “Canada’s Most Famous Bootlegger”— Edgar Bronfman, founder of Seagrams.

According to The Ecologist,“Qaddafi’s government held 143 tons of gold.The gold was accumulated prior to the current rebellion and was intended to be used to establish a pan-African currency based on the Libyan Golden Dinar. This plan was designed to provide Francophone–African countries with an alternative to the French franc (CFA).”

In other words, to establish a African currency based on the currency of Libya. SNC-Lavalin are known to hold major contracts with the Libyan government.

According to the Financial Post, court documents allege SNC-Lavalin offered bribes worth $47.7 million to public officials of the Great Socialist People’s Libyan Arab Jamahiriya — as Gaddafi called the nation he ruled until his murder in 2011.

Did Justin Trudeau sell off all Canadian gold reserves for the purpose of helping to launch in a Islamic-based, French-African currency?

Regardless of intent,“there’s gold in them there hills”— and Justin Trudeau made sure it belongs to China rather than Canada.