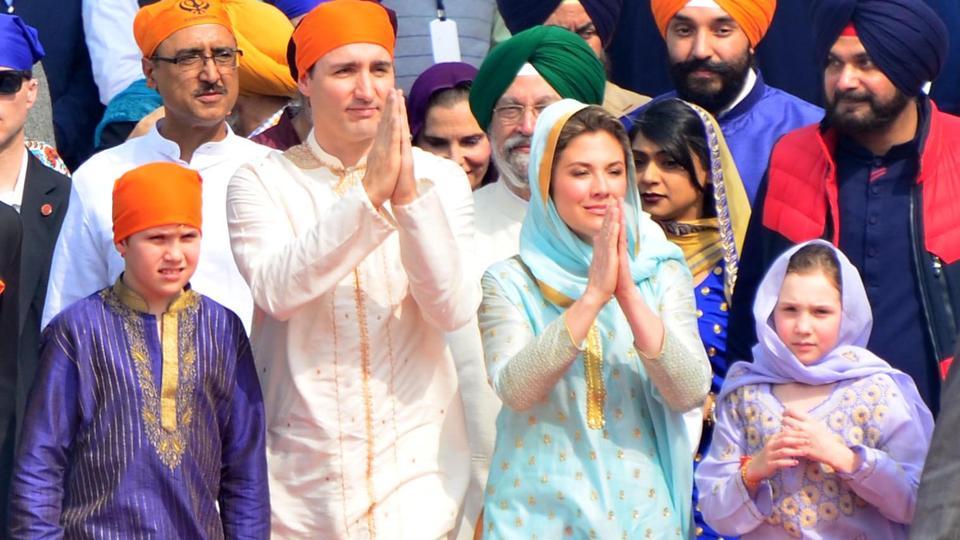 We will, however, give this fraudulent PM credit for one thing: being future-oriented. How does Justin Trudeau see the future for the Liberal Party, as well as the destiny of our nation in general?

It is decidedly Third World, Muslim, and Sikh. Simply extract Anglophone and Christian Canada from the scenario, and bang zoom you have the Liberal Party’s vision for the future of our nation.

This is why Justin behaves in the manner he does.  Trudeau is well aware of the demographic destiny unfolding on a world-wide basis. Over the coming decades, the highest birth-rates and migration rates are found in African and Middle Eastern Nations.

What is going on here? Simply put, it is “out with the old, in with the new.” The “old” is Old Stock Canada, and the “new” is Third World Canada. Based upon projected migrant-intake intake numbers over the coming decades— in tandem with declining birthrates for the Canadian-born– Canada will at some point trans-istion to a Third World-dominated society.

Justin Trudeau’s Liberals are gazing into the future in preparation of being the chosen party of Third World Canada. The goal is to create a demographic resulting in an extended, multi-decade run for future Liberal governments of Canada. In other words, a pseudo-dictatorship.

This is the reason Trudeau goes all-in today on Islam–a community comprising a mere 4% of the Canadian population. He knows it will not be 4% a decade from now, as the Muslim population in Canada grows exponentially over time.

This is the true agenda at hand. The future of today’s federal Liberal Party is Sikh, Muslim and oddly enough, homosexual and transgendered.  Unlike Third World folks, the latter do not have children. In Canada, the LGBT crowd is decidedly caucasian.

This is the kind of schemer Justin Trudeau is. He would be happier than a pig in poop to see this occur. Pourquoi? Because this will accomplish one of his most treasured goals: the decimation of English Canada, and its peoples.

To assist, Justin hired the best in the business– Somalian drop-in Immigration Minister MP Ahmed Hussen. When CAP say “drop-in” we mean it. This Hussen character lives in Canada for one reason only–to trans-form our nation as much as possible into a replication of a Third World nation. A secondary goal is for Islam to supersede Christianity as Canada’s dominant religion.

This is the methodology by which Justin Trudeau is hi-jacking our country. The smirks, smiles, the preening, branding whitey racist, calling out Canada for genocide(false) regarding Aboriginals, pushing no-questions-asked mass abortion, and the rest of the anti-Anglo-Christian malarky.

All of it designed to trans-form Old Stock Canada into a demonized minority community in payback for our predecessors historical  treatment of First Nations peoples. Never mind that present-day Canadians are innocent of all charges. This makes no difference to Trudeau, or anyone else of those who hate Anglophones and Christian Canadians.

What will the outcome be? As CAP perpetually claim, Justin Trudeau is the great divider of the people of Canada. One scenario finds Western Canada entirely fed-up with the whole affair, and as a result possibly demanding to split from Eastern Canada.

Division, anger, resentment, and the possible break-up of Canada. Justin Trudeau is fully capable of achieving this scenario. Another result is  the continual polarization of  left and right-leaning citizens, as Canadians are progressively pushed toward either end of the political spectrum.

Result? Division within society–this time, ideological in nature. Please do tell–where is the unity of Canadians within these hypotheticals? Where can one find a validation of Trudeau’s “Diversity Is Our Strength” mantra within the situation? It is nowhere to be found. In fact, the exact opposite is true.

This is Justin Trudeau. This is Liberal-Globalism. It is the method by which Canada is being stolen from its original founding peoples communities, and the method by which the federal Liberals believe they will succeed in transferring Canada from democracy to dictatorship.

No one in mainstream media is breathing a word of the scenario. It will occur incrementally over the decades–just as the agenda has been in place for decades in preparation for our inevitable take-over by the globalists.

Covertly, by stealth and subterfuge, by way of strategically rolled-out government/media propaganda, the Liberal-Globalists are setting the stage for the end of freedom and democracy in Canada. Immigration, multiculturalism, refugees, Islam, Sikhism are the methods to the madness.

Justin Trudeau has been selected, primed and positioned to become the “Fidel Castro” of Canada. He comes by it in a natural way. His father was a communist sympathizer. His brother Alexandre is an Islamic sympathizer, and a communist. Based on personal behaviour, it is fair to say Justin’s religious identification card would be stamped “UNKNOWN.”

At this very moment, Canada is at a crossroads in its political and historical trajectory. The upcoming federal election will the most impactful  election in the history of our nation--the very reason why media say nothing of the fact.