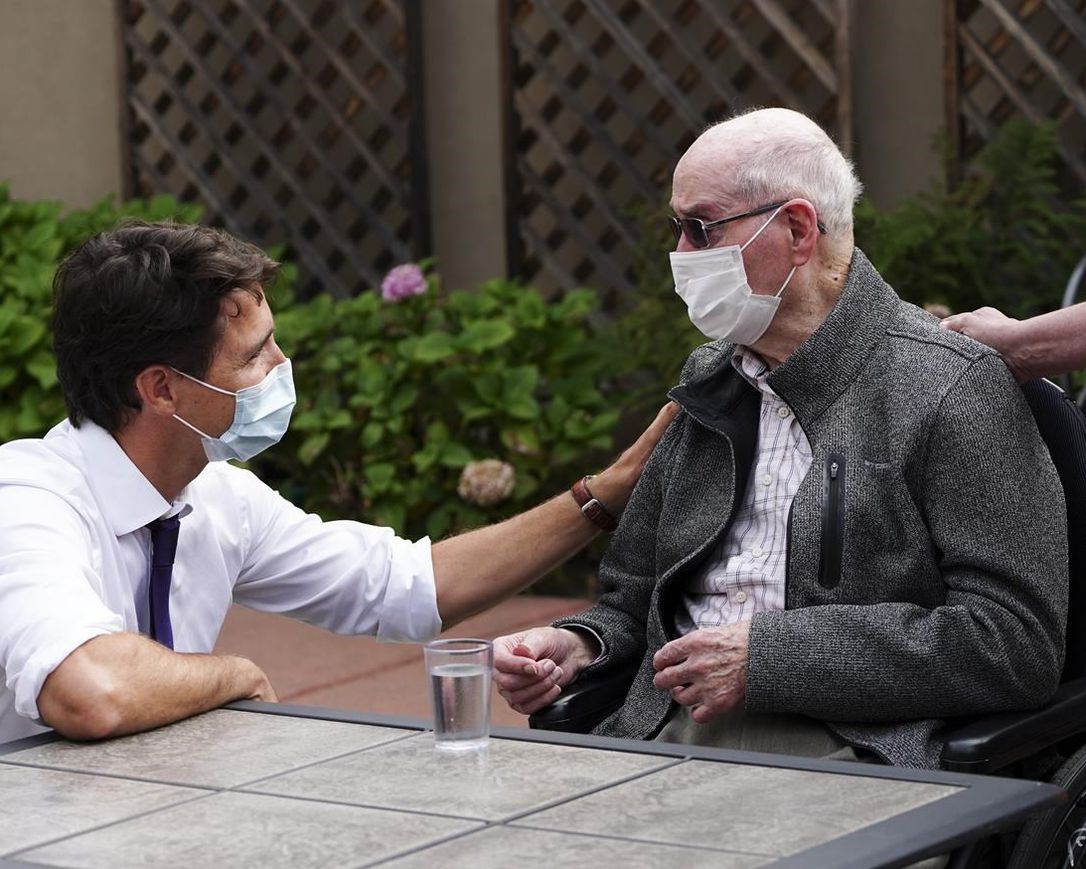 He never made it, and was subsequently put to death.

“We’re hearing about people who are choosing medical assistance in dying or thinking about it more because they don’t have money to live.”

Quite. And let us guess– our Liberal government’s perpetual tax increases, inflation, and personal debt accumulation have helped a whole lot, right?

This is the automated recording Canadian Joannie Cowie got when she called the government to see if she would be eligible for medical assistance in dying, commonly known as MAiD.

“It’s an unmistakable message from the government: if you want to end your life, we’ll help you.”

In 2016, Prime Minister Justin Trudeau chose to establish the most open and permissive assisted dying laws in the world. In 2022, it seems a Canadian can be put to death for just about any reason. The flimsiest of excuses cut the mustard in Trudeau’s “no core identity” nation.

Hearing loss, Depression, diabetes, loss of hearing– all qualify for hitting the deceased button in Canada. Upon which we come to the wonder of it all: the lack of push-back from any element of society.

How is it that Canada fell into a state of slumber regarding society’s most critical issues? Do matters of life-and0-death not qualify as critical social issues? Apparently not. Naturally, CAP has a theory on the development:

Canadians are the victims of a 50-year program of societal pacification. As such, issues which should register at the top of Canada’s societal richter scale barely scratch the surface.

Has our country been primed in advance for political conversion? At this point in time, it’s a question that haunts CAP. The phenomenon has been enforced with intent by PM Justin Trudeau. Fans of Borat’s Subsequent Moviefilm might call it “the running of the Canadian patriot.”

For nearly seven years, Trudeau and the Liberals have instituted a program of self-loathing within society. The result is an eradication of national self-esteem. The result being that government can inflict just about any form of punitive measures against the public, and still remain the government. Does this include termination-of-life for Canadian-born citizens?

“More Canadians are ending their lives with a medically-assisted death, says the third federal annual report on medical assistance in dying (MAID). Data shows that 10,064 people died in 2021 with medical aid, an increase of 32 per cent over 2020.”

“The report says that 3.3 per cent of all deaths in Canada in 2021 were assisted deaths. On a provincial level, the rate was higher in provinces such as Quebec, at 4.7 per cent, and British Columbia, at 4.8 per cent.”

“Bring out your dead?” Unfortunately, this is not a Monty Python skit. Witness as a western democracy begins to track institutionalized death statistics at will.

“It is rising remarkably fast,” University of Toronto law professor Trudo Lemmens, who was a member of the “Council of Canadian Academies Expert Panel on Medical Assistance in Dying.”

Joy to the World, Ms. Academic Thang. Let us welcome in the New Canadian Order. What pray-tell, is next? A euthanasia Pharoah cracking the whip on the backs of health industry workers: “Let’s get those numbers up, we have quotas to fulfill” as the lash cracks down on government civil servants.

A long way it is from Justin Trudeau’s “Sunny Ways” mantra back in 2015. Witness as society transitions to one in which human lives are transformed into human commodities.

Tim Stainton, director of the Canadian Institute for Inclusion and Citizenship at the University of British Columbia, described Canada’s law as “probably the biggest existential threat to disabled people since the Nazis’ program in the 1930s.”

Cultural Action Party has always believed that Justin Trudeau has an affinity with political fascism. And most dangerously, a lethal quantity of communist cognition.

Within the world of the communism, human life is a commodity. Non-productive citizens are a burden. These people cost the government cold-hard cash. Good money that Trudeau would otherwise be shipping to Syria, Somalia and Iraq to improve the lives of their citizens.

Back in Canada, the elderly and useless are targeted in no-uncertain terms:

A feature from the Associated Press quoted secretly recorded audio from a London, Ont. hospital that appeared to show a medical ethicist raising the subject of euthanasia with a disabled patient, Roger Foley, after reminding him that he was costing the system north of $1,500 a day.”

One year from now, in March 2023, Canada will become one of the few nations in the world allowing assisted dying for people whose sole underlying condition is depression, bipolar disorder, personality disorders, schizophrenia, PTSD or any other mental affliction.

Is our Liberal government out to rid our country of elderly and other non-productive members of society?

According to the Washington Examiner, someone might want to ask Justin Trudeau who is standing up and fighting for the rights of vulnerable people in Canada:

“Turns out Canada has become a d*ath factory for the elderly, disabled, and mentally ill.”

CAP has heard of this kind of thing before. Pol Pot of Cambodia was high on the hit-list,  as were Mao Tse Tung and Joseph Stalin.

Turns out Canada is undergoing a socialist revolution of our own. The leader’s name is Trudeau, and his financially spoon-fed media partners are Ministers of Propaganda.

Employing political scare tactics drawn from totalitarian societies of history, Justin Trudeau set out to re-make Canada in the image of the nation he most admires– China.

With media in the pocket, Canada’s transition to a communist state is all-but in the bag. Devaluing human life in its basic form, Justin Trudeau transitions Canadians into commodified widgets.

Useful Canadians, to the left. The rest take the path to the right. Welcome to Justin Trudeau’s “sunny ways” society.