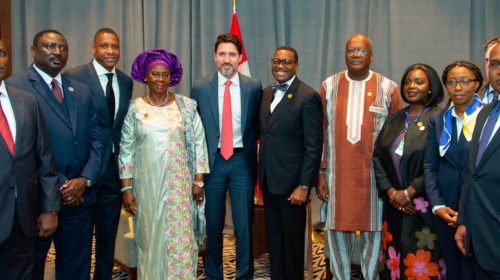 The Supreme Court’s chief justice is calling for more diversity in Canada’s legal system as protests mount around the world over anti-Black and anti-Indigenous racism.

During an end-of-session news conference in Ottawa, Richard Wagner said the top court has wrestled with cases that have underscored racial bias and the use of degrading stereotypes — and that a lack of diversity in the justice system is part of the problem.

“All Canadians should be able to see themselves reflected in their justice system.”

Does CAP have the gumption to try to “school” Canada’s Supreme Court Chief? Possibly, because here is what we think about this “see themselves reflected” attitude:

Canadian “diversity” is, in reality, a non-democratic social condition. No Canadian asked for it, voted for it, or endorsed it. Therefore, the equal representation story is sketchy from the get-go.

It’s the angle the globalists always play. Let us offer a quick inversion story: 10 Million white people move to Somalia(okay, this is stretching it). They now comprise 50% of the population. Next, whitey demands they have 50% of all government positions. What happens next?

Patriots can guess what comes next. Did you know? Somalia— a nation of which MP Ahmed Hussen(AH- Ed.)currently holds citizenship– has NO democracy, NO diversity, NO multiculturalism, NO immigration, NO refugee intake, while the population is 99% Islamic.

Time to face the facts, fellow patriots: Multiculturalism is institutionalized prejudice against one community, and one only: Anglophone Canadians. Media have covered up, buried, twisted and obfuscated this fact since Pierre Trudeau forced this piece of non-democratic globalist ideology upon our society beginning in 1971.

How awful for our people. Yet, in a case of extreme irony, it is our communities which are in 2020 branded with a “white privilege” and “white supremacy” tag.

Okay then–kindly point out the white privilege in this scenario:

The Chief Justice of Canada’s Supreme Court informs 38 Million citizens that the hiring of white Canadians must be cut-back. Moving forward, a white judge, lawyer or court worker who applied for a promotion will be refused the position.

The reason? Try the colour of his skin. It’s too light. The fellow speaks perfect English. He was raised in a secular Christian home, while his family heritage is European-Canadian.

Sorry pal– “there’s the exit door” says the legal industry in Canada. Fair and equitable? An example of the wonderful world of multiculturalism? Not a chance–this situation is pure racism, straight-up.

And now the bad news. This is not some hypothetical situation–it is Justin Trudeau’s Canada–right at this moment. Anti-white Canada has arrived. Our PM’s “post-modern” proclamation is hereby revealed:

Canada is an anti-Anglophone, anti-Christian nation.