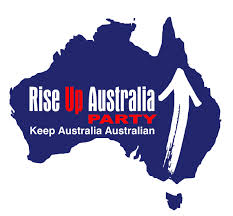 The ADL is one of myriad groups, including Reclaim Australia, the Patriots Defence League of Australia and the United Patriots Front – formerly led by “Great Aussie Patriot” Shermon Burgess – that make up the burgeoning anti-Islam movement in Australia.

The speed with which the movement has gathered pace, and an increasingly militant attitude, in recent months has alarmed some observers.
Link To Article