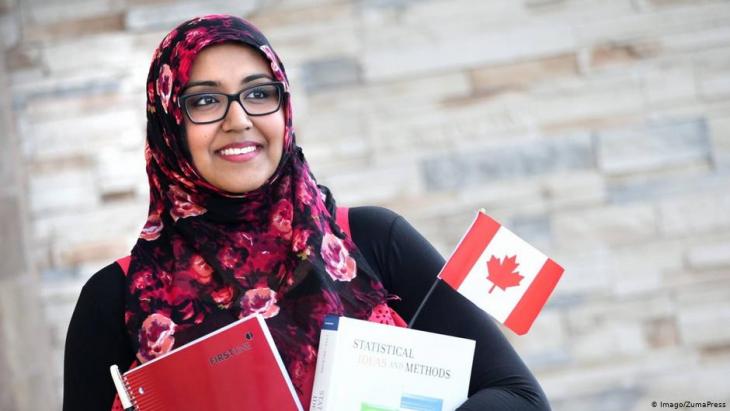 The firing of a Hijab-wearing school teacher has Canadian society in an uproar. The outrage comes from all walks of life: white politicians, Sikh NDP party leaders, Prime Minister Justin Trudeau, National Council of Canadian Muslims, and countless others.

The controversy is super-charged. So much so that city mayors are gathering funds to fight the issue in court. Earlier this week, Calgary Mayor Jyoti Gondek joined an effort created by Brampton Mayor Patrick Brown to fight Bill 21, which bans  government workers in Quebec from wearing religious symbols on the job.

“Gondek said she would spend city funds to support the legal challenge. It’s suggested the amount would match the $100,000 put forward by Brown in his original proposal.”

Nowhere in the discussion is a vital point articulated. It is not the role of municipal politicians to assume responsibility for issues falling within provincial jurisdiction. It’s no surprise that mainstream media have not pointed this out. Canada is at present engaged in what can be termed a “Woke Revolution.”

Like all historical revolutions, individual citizens must take precaution regarding their words and actions. To dwell outside the parameters of established political dogma is risky. Scorn, accusations of racism, and even jail time may result.

Revolutions may come from the left or right, yet basic principles remain. Didactic group-think is standard. Whether applied to socialist revolutions or right-wing fascism, the commonality remains.

Despite media obfuscation, this is our Canada. Signs and symbols of our country’s transformation to a quasi-totalitarian state are plentiful. For our immediate purpose, Cultural Action Party point to one of them:


A blending of federal, provincial and municipal levels of government into one unit. Suddenly, Canadian mayors are working for the province of Quebec. The line between federal and provincial jurisdiction is being blurred. Let us be precise in our messaging: this convergence applies to political ideology– Wokism, Great Resets, Globalism.

If CAP didn’t know better(we don’t), we would say that these three levels of are synthesizing into a singular unit. A decade more of this trend, and what do we have? How about an elite political class in full control of society?

Just as it is in communist societies. This is exactly where Canada is heading. Not that our citizenship will never come to understand it. We will– after it is too late to prevent it.

As far as the Hijab issue, we point to another element annexed from the discussion. The teacher in question could remove the head-covering. To do so would deflate the controversy. It would be a positive step for society as a whole.

Yet one must understand reality. It is not an option for the teacher. Nor is it for the school boards, Mayors, CBC, Globe & Mail, University of Toronto, multicultural organizations, immigration lawyers, or any other element of woke society.

Why not? The removal of her Hijab would resolve the problem. It’s what “inside that counts,” isn’t it? To offer flexibility is not a crime. So the lady doesn’t wear the heading covering at work, just as she doesn’t wear it at home.

Outrageous, isn’t it? To think that migrant communities would make an adjustment of this nature is borderline insanity. What an evil, racist concept! We speak of a situation where a piece of cloth is dividing our entire society. There is a way to resolve it–accomodation to the larger society.


It will never happen, and there are definite reasons why. Apart from an obstinate nature, Multicultural policy says not to. Institutionalized diversity mandates that our greater society accommodate the minority, and not the other way round.

Of course, it helps a great deal when our prime minister is a prime mover in support of the social structure.

In a year-end interview with the Ottawa bureau of The Canadian Press, PM Justin Trudeau said the Charter of Rights and Freedoms is supposed to be “a bulwark against popular measures that attack the rights of …minorities.”

Try this test: go and read it, and see if it says this. What we have here is a subjective interpretation of the statute. The only reference to “minorities” pertains to English language rights in Quebec.

“It’s basically a loophole that allows a majority to override fundamental rights of a minority. And that’s why I agree with my father that it’s not a great thing to have in a Charter of Rights and Freedoms.”

So, according to Justin Trudeau, the majority should not take precedence over the minority. Too bad Canadian jurisprudence disagrees:

So Trudeau is wrong. The degree to which this makes a difference is, of course,  nothing. What can we learn here? Apart from our PM’s erroneous conclusion, the answer is that so-called “minorities” have greater power than the majority. It began with Pierre Trudeau.  It has been driven into the stratosphere by Justin Trudeau. Stand in opposition, and you are a racist.

All of this being 100% locked-in to the fabric of Canadian society. Translation? Canada has transitioned into an inversion of traditional totalitarianism. CAP refer to it as “Pink Fascism.”

It is every bit as dangerous as historical totalitarianism. Government, media, academia, the courts– all controlling institutions are today aligned in ideological dogma. The result is a continuous loss of personal freedoms that more than likely will never return to Canadian society.