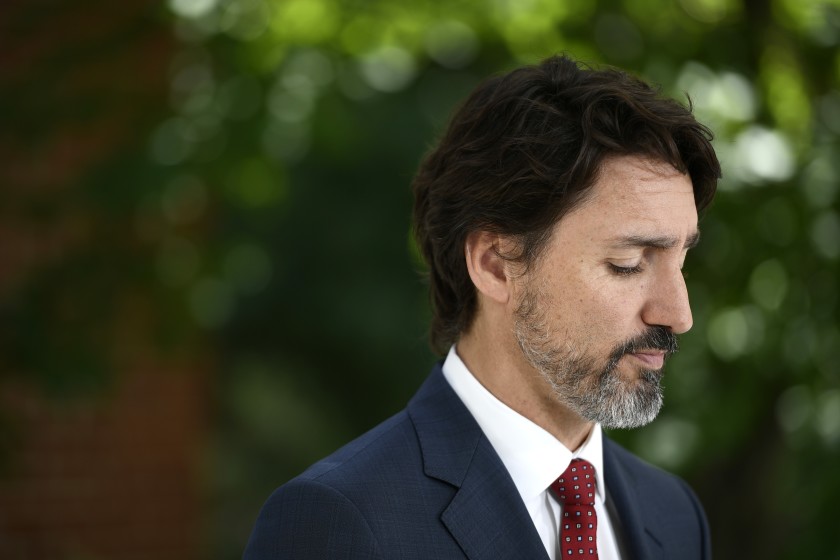 A Canada with Justin Trudeau as prime minister is a country awash with oddities unprecedented in the history of our nation.

Over the past five years that  PM Trudeau has been in office, Cultural Action Party has published over 500 articles pointing out a plethora of bizarre political decisions made by Canada’s “post-modern” prime minister.

To recap would fill up a tome on the level of Tolstoy’s “War and Peace.” Running a close second place is Canadian media’s obfuscation of these realities. Indeed, CBC, CTV, Globe & Mail and the rest have in 2021 transitioned to a collective of Trudeau-Liberal “protectionist” organizations.

Let’s now get specific: thinking back on Justin Trudeau’s initial term as PM–2015-2019— any astute political observer would conclude that the Trudeau Team was inclusive of multiple Liberal Cabinet members, as well as various MP’s and caucus members.

Catherine McKenna, Jody Wilson-Raybould, Bill Morneau, and a half-dozen others functioned as prominent voices for the ruling Liberal government.

Upon re-election in October, 2019, all this seemed to die a sudden death. Even Trudeau’s all-around “clean up person” Chrystia Freeland has all-but disappeared from sight.

Granted, this is a very odd situation. Yet, what is even more bizarre is found in the fact that not one mainstream media outlet has referenced this reality.

What gives, fellow Canadian patriots. For CAP’s money, this is one heck of an odd-ball political circumstance. Bill Moreau is long gone. Freeland is out-of-commission.

Ironically, all that seems to remain is a Liberal-related representative who is not an actual party member– non-elected Health task-master, Dr. Teresa Tam.

Anything to be learned from this scenario? Of course there is–but you will never learn about it from National Post, Toronto Star or Calgary Herald.

Think this a nasty revelation from CAP? No surprise, we become even more caustic than this.

What ever happened to “family time” for PM Justin Trudeau? The facts should speak volumes–but they do not. It has been two years since our PM’s wife and children have been a component of Trudeau’s public and media image.

Think this to be a minor factor? Not a chance. Viewing the role of a national leader from an historical basis, spouses and offspring have played an integral part of the political game.

Not so for Justin Trudeau. CBC has not a problem with the disappearing act of Sophie Trudeau and her children. CAP can only conclude what we have concluded ad nauseum since Mr. Trudeau became prime minister– Canadian media are in the “protectionist business” regarding the Liberal leader’s public image.

Let us now wade into the waters of another contentious political issue– Donald Trump versus Justin Trudeau.

Say what you will about ex-President Trump, but one thing cannot be denied. Mr. Trump’s family stuck with him to the bitter end. For CAP’s money, Trump was crucified for being an American patriot. Communist globalism and media hate this kind of thing.

Conversely, Justin Trudeau’s family has been invisible for the past two years. Media say not a word about this profound contrast.

So what is it that remains within the circle surrounding Prime Minister Justin Trudeau? Bill Morneau is long gone. A disaster of a Governor General appointed by Trudeau has rocketed off to outer space. Cabinet are quiet, family are non-existent.

On this basis, why is Trudeau still Canadian prime minister? Even more suspect is the horror of a thought that an actual PURPOSE may exist in this situation.

Here it is: within nations ruled by a dictator, said leaders can and do function alone. While back-room partners in planning surely exist, Mao Tse Tung and Fidel Castro functioned just fine as stand-alone despots.

Is this the fate that Canada can expect as a result of one of the most suspect political dynamics in history? Dare say–are Canadians being conditioned to accept a pending dictatorship with Justin Trudeau as “supreme leader?”

If it is, citizens of our country can take one thing to the bank–if they have still have any money there– Canadian media will never enlighten our population on a single aspect of what is contained herein.

5 thoughts on “Solitary Man: How And Why Justin Trudeau Became The Last Liberal Standing”