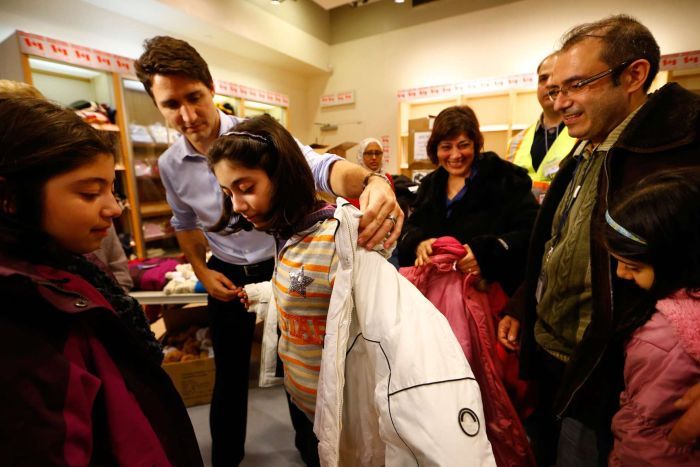 Aref Alshteiwi came home to discover the body of his daughter, Amal, in her bedroom. They are now a family of six and are still dealing with the sting and shock of the tragedy.

The family came to Canada as GOVERNMENT-SPONSORED refugees three years ago. Sources claim the young girl was bullied by classmates. A statement from the Calgary Board of Education says it “found there was NO INDICATION of bullying, nor was any concern RAISED TO THE SCHOOL” following an investigation.

The death of the innocent is always tragic, and suicide at such a young age is a truly sad event. However, this is not the only case of of the fate of Justin Trudeau’s Syrian Refugee intake ENDING IN TRAGEDY for young children. At present, a Syrian refugee migrant in on trial for the murder of 13-year old Vancouver resident Marissa Shen. In Danforth, Ontario, a Syrian refugee with militant ties murdered two teenage girls last year.

When the Syrian Refugee program was first rolled out in 2015, Justin Trudeau  announced he would take FULL RESPONSIBILITY for this particular group of refugees. He has done NO SUCH THING. Apart from an off-handed comment on the Shen murder, Justin has been silent-as-the-lambs regarding negative fallout related to his refugee intake program.

What to conclude? Was the purpose of the intake to help improve the lives of these individuals? Or rather, was it an international virtue-signalling event designed to SEDUCE THE WORLD into believing Trudeau is a post-modern hero of the downtrodden of the Third World. With the current unravelling of the Trudeau-Globalist brand, the latter seems likely to be the answer.