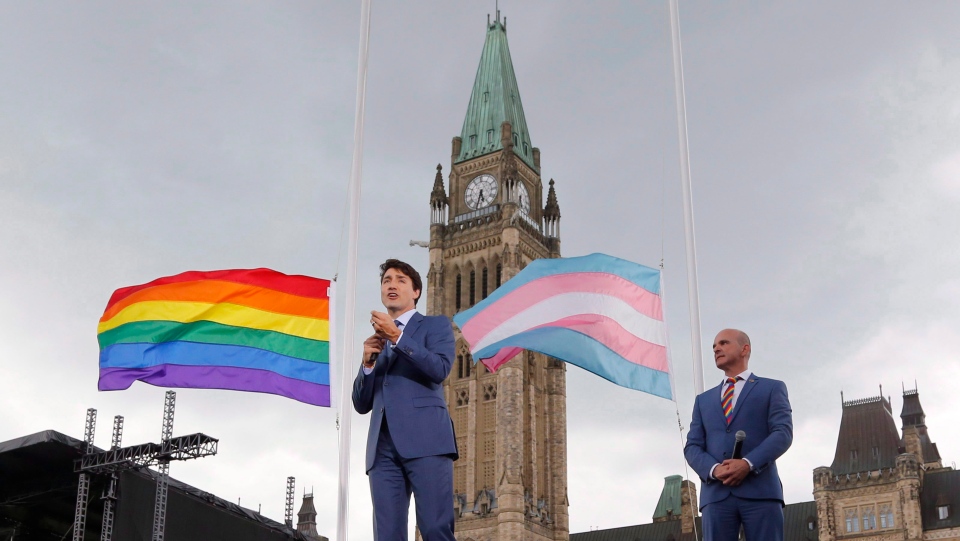 Justin Trudeau has unveiled a “women-only” task force that will help advise policymakers on the economic recovery due to the Covid pandemic. The motive comes from what has recently been coined as a “she-session.”

It comes as little surprise that the prime mover in this agenda is Prime Minister Justin Trudeau:

“This year’s theme, #FeministRecovery, reminds us that women and girls have been disproportionately affected by the consequences of the global COVID-19 pandemic. This crisis has created a she-cession and has threatened to roll back the hard-fought social and economic progress of all women.”

“This is especially true for many marginalized groups, including Indigenous, Black and racialized women as well as women living with disabilities, and those who are members of LGBTQ2 communities.”

It was none other than Sir Isaac Newton who stated that “for every action, there is an equal and opposite reaction.”

What transpired in the process is what government, media and our academic world never speak of– anti-Racism results in racism against those who are accused of perpetrating the original hatred.

The fact that not a single leading institution in Canada has even once alluded to this concept speaks volumes. What it intimates is the existence of a  coordinated social agenda to evade the “spin-off” effect. Are Canadians to believe that media such as CBC, CTV and Globe & Mail are incapable of drawing such an obvious conclusion?

How about the “intellectuals” at University of Toronto, Ryerson, York, McGill and Dalhousie? Too daft to entertain the “reverse-racism” inherent in this scenario?

Of course not. Now, let’s apply the dynamic to gender politics. What we have here is nothing short of an anti-Male social phenomenon. As with racism, PM Justin Trudeau plays a most curious role.

Frankly, CAP do not understand this man at all. The issue lies in his incessant promotion of an anti-masculine ethos. Whether gender equality, LGBT promotions, Pride Parades or transgenderism, Mr. Trudeau remains an evangelist for all.

Call us old-fashioned, but our organization believes in the virtue of masculinity. Justin Trudeau, however, believes in men parading down the streets of our cities in pink Lu-Lu Lemon tights.

The issue here is not feminism. CAP love and respect Canadian women— at least the ones who are not dedicated  to trashing our nation in name of the “Great Reset” agenda.

Let us cut off the critics at the pass. This messaging is not anti-female. It is anti-Trudeau. It is opposed to our PM’s denigration of the male species. Believe it or not, Justin, not every Canadian male is intended to be of the “twinkle toes” variety.

It certainly appears that PM Trudeau has a giant problem with masculinity. He also has a problem with Anglophone-Canadians. Narry a week goes by when our PM is not promoting inverted racism against “Old Stock” Canadians.

Now, put one and one together: what we have here–mostly incredibly–is a prime minister with a prejudice against Anglo-Canadian males.

As supporting evidence, consider the fact that Trudeau rarely appoints an Anglo-Male to high level government positions. If they are male, they are Quebecois. If they are Anglophone, they are female.

Check the list of the 39-member list of his Liberal Cabinet to see what we are driving at. The irony is palpable–or would be– if establishment media did not obfuscate the situation.

Mr. “She-session”— as if Canadian men are not reeling from the devastation that is the Covid pandemic. As if bread-winners of the Anglophone variety are not experiencing anxiety and stress over providing for their families.

Justin Trudeau is a selective prime minister– Racialized and white females are top priority, while Anglophone males are disparaged on a perpetual basis.