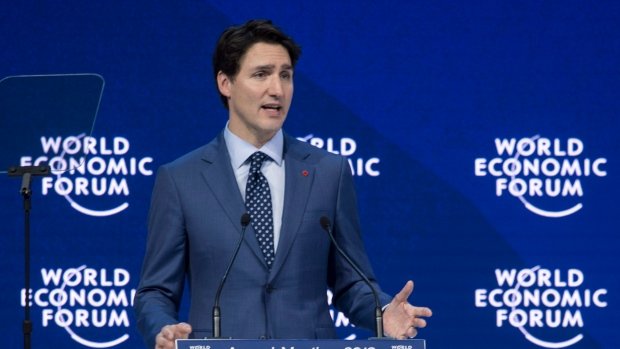 The startup said opening up investment is meant to offer the public a chance to own a piece of Manzil, which calls itself “Canada’s first neo bank offering halal-certified products.”

Manzil says it has created financial products designed to be participatory, “rather than predatory.”

Manzil claims Canadian Muslims have a spending power of $20 billion dollars, yet have low participation in homeownership. The startup said this can be because many financing products don’t always conform with the ethical and religious obligations of the Islamic faith.

“For far too long, Canadian Muslims have not been able to access financial products that comply with their faith,” said Mohamad Sawwaf, Manzil’s CEO and co-founder.

Such hardship, isn’t it? Imagine the pain and suffering of not having Canadian society conform to the exact standards demanded from a single identifiable community.

“Here, the lender is not purchasing the property, but is simply making money by lending you money,” the startup said. “This is called usury or riba in Islam, and it is not permissible and heavily frowned upon by the Muslim community at large.

CAP Response: Why thanks for the clarification. Fortunately for you and your community, most anything frowned upon in this regard will be rectified by Prime Minister Justin Trudeau.

Such skill, such talent at working your way into the fabric of Canadian society. At what point will the globalists inform our nation that a level of social equality among our citizenship has been achieved?

Of course, the answer is never. Within the power-grab structure of Justin Trudeau’s post-modern Canada, insatiability is integral to community success.

“In addition to home financing, Manzil also offers a mortgage income fund that is used to invest in halal mortgages and share the profits from financing payments with its investors.”

“Although products are designed for the Muslim market, Manzil’s products are available to all consumers in Canada.”

Bet on it. Then count on it. Look– if the ruling government of Canada has mandated that Islam is to permeate Canadian society, than at least INFORM the people of Canada this is  the future of our nation.

CAP Prediction: Government and media remain “Silent As The Lambs.” On this basis, wthin one or two decades Canada’s Islamic community will perhaps become the most powerful social and economic force in Canada.

Canadians do not know this, because Canadian media refuse to expose it. CBC are working diligently to hide this from 37.8 Million Canadian citizens. Globe & Mail, CTV, Toronto Star are all playing the globalist game:

Suffer your way into power. Seems just about “everyone” is doing it these days. Except, of course, for Anglophone Canadians. By way of Justin Trudeau and his Liberal-Globalists, this community only oppresses. Never is the concept of anti-white racism, or anti-Christian bigotry, a part of the societal narrative regarding racism in Canada.

What a trap for our people. Truly, Canada has entered an era of “social vengeance.”  The collective of “multicultural warriors” are gunning for their “pound of Old Stock Canadian flesh.” CBC are helping them fight the battle.

BURIED BY CBC: Agenda of Racism Against EUROPEAN-CANADIANS Follows Murder Of George Floyd

“Manzil’s financial products and services are built on the principle of sharing the risk equitably among the parties, not charging interest, and not investing in industries deemed “sinful” such as alcohol, gambling, and weapons.”

Right– save the weapons-– we hereby speak of the bad habits of “traditional” Canadians. How convenient. According to the prime minister of our nation, traditional Canadians have nothing but bad habits-– we are oppressors of non-whites, bigots toward Islam, as well as genocidal toward Aboriginals.

Add to this a plethora of leading social and political figures in Canada–most of whom are themselves of a Anglo-Christian heritage. Globe & Mail agree. Toronto Star concur. Our institutions of “higher learning” teach our children to hate their own country.

What a formidable opponent! Talk about a stacked deck. Post-George Floyd murder, the Canadian reverse-racists are calling for blood. “Systemic racism in Canada MUST FALL” goes the globalist refrain.

CAP has spoken ad nauseum regarding the incremental nature of our national seduction. “One step at a time” goes the agenda. Quietly, while Canada “sleeps,” our nation is being systematically transformed.

When will Canadians of European heritage come to recognize this? Simple as Nova Scotia apple pie–when it becomes TOO LATE to do anything about it.

Such is the “globalist way”–for ever and a day.