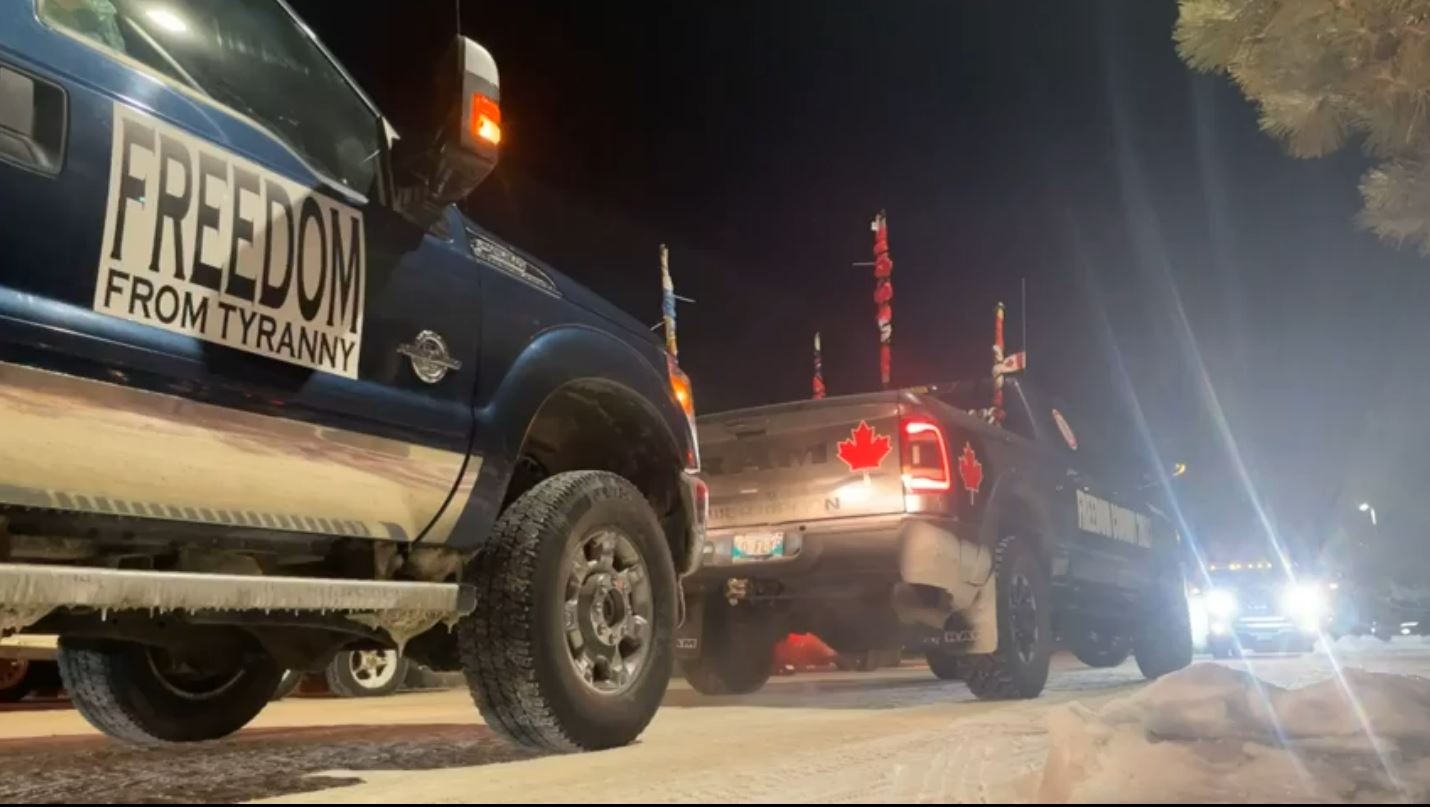 All 70 kilometers of it? Trudeau hereby delivers one of his canned comments. Followers of Liberal government machinations should be familiar with the process.

It works like this: label all viewpoints contradictory to Liberal ideology as racist and bigoted. Follow up by branding the dissenters a fringe group. “It’s a small, but vocal minority,” goes the refrain.

“The small fringe minority of people who are on their way to Ottawa, who are holding unacceptable views that they are expressing, do not represent the views of Canadians,” Trudeau stated.

In contrast, we have what appears certain to be a reality:

“There are estimates the Canadian convoy could comprise 50,000 trucks from the West, East, and even from the United States. It’s 70 km long. If the convoy holds together — it could be 10 times larger than the world record.

So reports the Toronto Sun, in contrast to our PM. Will Trudeau get away with this intent to deceive? Of course– he’s been doing so since day one.

How does such a condition manifest? The answer is not complicated. Due to a profound yet poorly understood social transition, Trudeau is a prime minister like none before.

The crux of the issue is a fusing together of government and media. Having the two function as a unified force has shifted society on its political axis. In terms of Mr. Trudeau himself, he is Canada’s first quasi-dictator.

One must come to terms with how media function in this structure. CBC and the rest used to survive based on advertising income. In 2022, they survive based on government contributions– another change downplayed within society.

Under this format, a silent covenant exists between the two. You scratch our back, we scratch yours. The result being an end to objective news reporting, and a move toward media presentation found in communist societies.

Through this dynamic Canada arrives at a condition where a 70-kilometer long, Guinness World Book Of Records-setting truck convoy can be presented as a “tiny fringe group.” It’s a lie, but nothing different than what Canadians have been spoon-fed since Trudeau came to town.

There is only one way to break the spell of the woke Liberal bubble. It is found in the very behaviour the truckers are presently exhibiting.

The protestors are not up against Justin Trudeau and his globalist cabal. They are up against 50-years of political entrenchment of Liberal-Globalism. It is not the Liberal Party. It is government, media, academia, corporate world, foreign policy, immigration, multiculturalism and diversity.

An opponent such as this does not easily whither. The institutions controlling Canada stand united in opposition to every move made by the truckers convoy. Cast-in-stone, the opponent remains formidable.