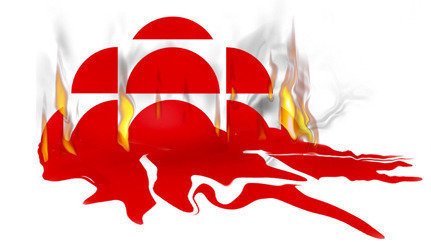 Veteran CBC journalist Neil McDonald has a bone to pick with the heritage from which he derives. He is far from alone. In a recent op-ed, McDonald states that “when the word is modified with a racial adjective, though, any distinction dissolves. A white nationalist stands with white people, advocating for white prerogatives and the protection of white governance.”

Thinking Canadians–as opposed to robotic Liberals– would do well to ask themselves a question in this regard: Why is it that when Third World communities advocate for ethnic or cultural recognition or preservation, it is labelled ” diversity” –yet when European-Canadians behave likewise it is branded virulent RACISM?

Another salient question– Are Anglophones REALLY ASKING TO BE SUPERIOR to other ethnic communities? Yes, some on the fringe do, but in the main what interests them is the PRESERVATION of their identity, way of life and demographic– the very things Justin Trudeau wants to erode within society.

There is a HUGE difference between superiority and preservation. Additionally, within current society IMAM’s in Canadian mosques preach what can accurately be described as community supremacy on a regular basis. Why is it journalists like McDonald–as well as CBC, Globe & Mail and Toronto Star– NEVER call this out? Why is racism in Canada perpetually a ONE-WAY STREET of Anglo versus non-Anglo animus? Don’t any other forms exist?

Not for the “anti-racism” non-profit organizations of Canada. Rather, the order of the day is SELECTIVE racism–we choose, YOU LISTEN AND ABIDE. In a world of increasing tension between various ethnic and religious communities in Canada, this  only results in an increase in social discord.