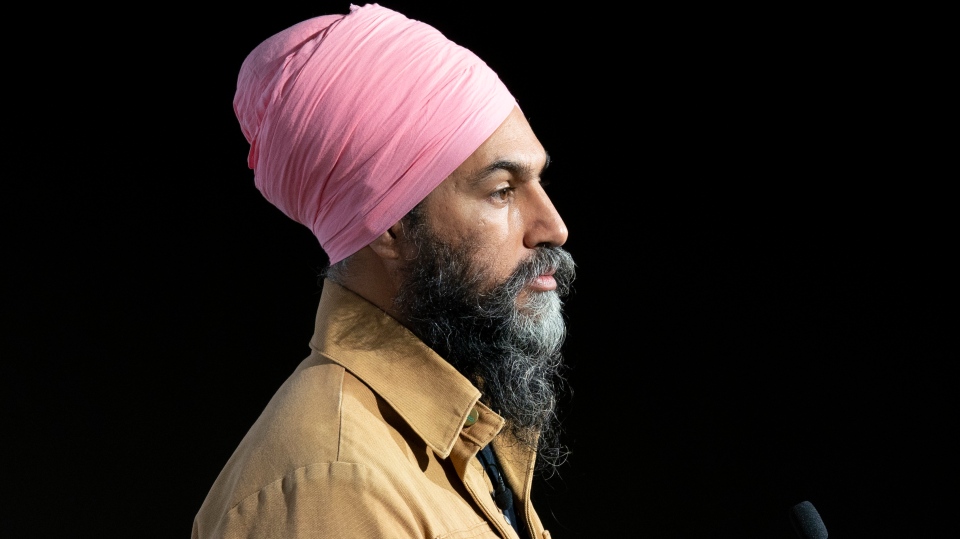 NDP Party Leader Jagmeet Singh recently stated that a visit to Peterborough, Ontario, was one the “most intense, threatening, insulting” experiences in his political career. Video clips on social media show protesters approaching him, yelling vulgarities, and repeatedly calling him a liar and traitor.

In reaction, journalist Gary Mason of the Globe & Mail wrote that “it’s shameful that Pierre Poilievre has remained silent about the nasty recent mobbing of Jagmeet Singh in Peterborough, Ontario.”

Interested parties may want to note what Gary Mason and other Canadian journalists have themselves remained silent about:

“Seeing Jagmeet Singh flee in his car away from members of the Sikh community calling him “Sellout Singh” demonstrates that his leadership of the NDP has become shaky.”

“Most would assume Singh would have strong ties to the Sikh community seeing as he is a Sikh man himself, but Singh’s metropolitan political attitudes have seemingly alienated him from a lot of different communities.”

Including his own. Fortunately for Mr. Singh, media are today employed by Justin Trudeau. Meaning that indirectly, they also work for the NDP Party leader.

What to conclude? When legacy media uncover an example of racism which fits the government narrative, they publish the information. When an incident occurs that negates the power of the race card, media remain silent.

“A couple of weeks ago Singh was calling protesters in Peterborough hateful and threatening for heckling him, but [he] cannot smear members of his own community in the same manner.”

Exactly– therefore, media bury the incident. Let CAP attempt to decipher the circumstances. In terms of ethnic community relations, is exposure of racism–and therefore an attempt at its remedy– the primary motive for media?

Or rather, are media picking and choosing among incidents to validate a pre-conceived conclusion? If the incident adds fuel to the fire for verification of government narrative, it’s full steam ahead on publication. Jagmeet Singh’s Sikh-on-Sikh incident does not fit the narrative– therefore it is omitted.

CAP break it down to binary terms: either media are working to heal racial and ethnic conflict, or they are not. If not, their collective approach smacks of exacerbating racism and bigotry in society.

Why would media intentionally do this? Considering that PM Trudeau and the Liberals fund CBC and corporate media, perhaps there is a connection.

At this point in political history, both Jagmeet Singh and Justin Trudeau are highly unpopular. Behind closed doors, Singh likely recognizes that his propping up of Trudeau’s quasi-dictatorship served as the catalyst for public backlash.

The “Sellout Singh” motif speaks directly to the partnership agreement between Trudeau and Singh to lock in a minority Liberal government until late 2025. Not only are media’s nemesis white working class Canadians in his face. Sikh-Canadians have joined the protest party. Good on them. Regardless of source, it’s encouraging to witness acts of patriotism. Seeing as Justin Trudeau hates Canadian patriotism, CAP chalk this up as a victory.

Justin Trudeau and Jagmeet Singh are not federal party leaders due to their popularity. At this point in time, they hold these positions because under a globalist directive, they are supposed to hold these positions. As Canadians grow weary of them, what is to be found on the political horizon?

His name is Jean Charest, member of the World Economic Forum and the globalist choice for Conservative Party leader. The string pullers want a triple-play– all three federal party leaders as WEF affiliates.

Time will tell if their dream comes true. In the meantime, Jagmeet Singh and Justin Trudeau are so far past their due-date they have progressed to political toxins.