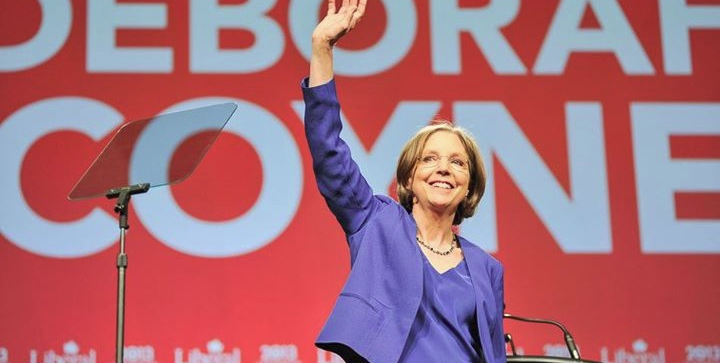 Asked to speak to the Toronto Star on the 10th anniversary of her father’s death, the young lady replied: “I have no comment. Thank you for your interest.”

Thus came the response from 29-year old Sarah Coyne. Hers is the untold story of the only daughter of ex-Liberal Prime Minister Pierre Trudeau — a man described by the Star as a “provocative aristocrat with a dazzling charm who captivated this nation in 1968 and led it for 16 years as prime minister.”

According to the article, Sarah Elisabeth Coyne was just 9 when her father, Pierre Elliott Trudeau passed away. “Born May 5, 1991, Coyne’s birth evaded the public spotlight that was shone on her three half-brothers who were born during Trudeau’s years as prime minister.”

“It’s known that Trudeau did, on at least one occasion, travel with his young daughter. It was on an outing in Niagara Falls in 1996 that a 5-year-old Sarah had a chance encounter with Jimmy Carter, the former president of the United States.”

According to a February, 2013 article from CBC,  mother Deborah Coyne maintained a 15-year relationship with Pierre Trudeau, during which she would have liked to marry him, but he balked at the 37-year age gap between them.

In an e-book titled Unscripted, Deborah Coyne was described as a constitutional advisor fighting the Meech Lake and Charlottetown accords. She is the cousin of leading Canadian journalist Andrew Coyne, and the niece of former Bank of Canada governor James Coyne.

It was at her father’s funeral in September, 2000  that the public first caught a glimpse of Sarah Trudeau-Coyne.  Upon entering the church, she nodded assurances to both [U.S. President Jimmy]Carter and Cuban leader Fidel Castro, who reached down to embrace her.

How fascinating. Seems every child of Pierre Trudeau ends up in the arms of Fidel Castro. Justin Trudeau venerated him. Brother Alexandre Trudeau praised him. Deceased son Michel Trudeau was described by mother Margaret as Castro’s “close friend.”

And the former Cuban dictator is all hugs and kisses with out-of-the spotlight daughter Sarah Coyne. The only family member who refrained from drooling on Castro’s shoulder is half-brother Kyle Kempler.

All in the family is the way the Trudeau-Castro clan have rolled for the past half-century. A privileged lot they are. For 50 years, media have hidden all this extra-curricular activity from the purview of the Canadian public.

“While her half-brother is touted as a future leader of the Liberal Party, Sarah Coyne seems content to remain out of the public eye.”

One can understand why. Considering brother Alexandre’s dedication to communism, along with the mysterious death of youngest brother Michel Trudeau, Ms. Sarah Coyne makes a most prudent choice.