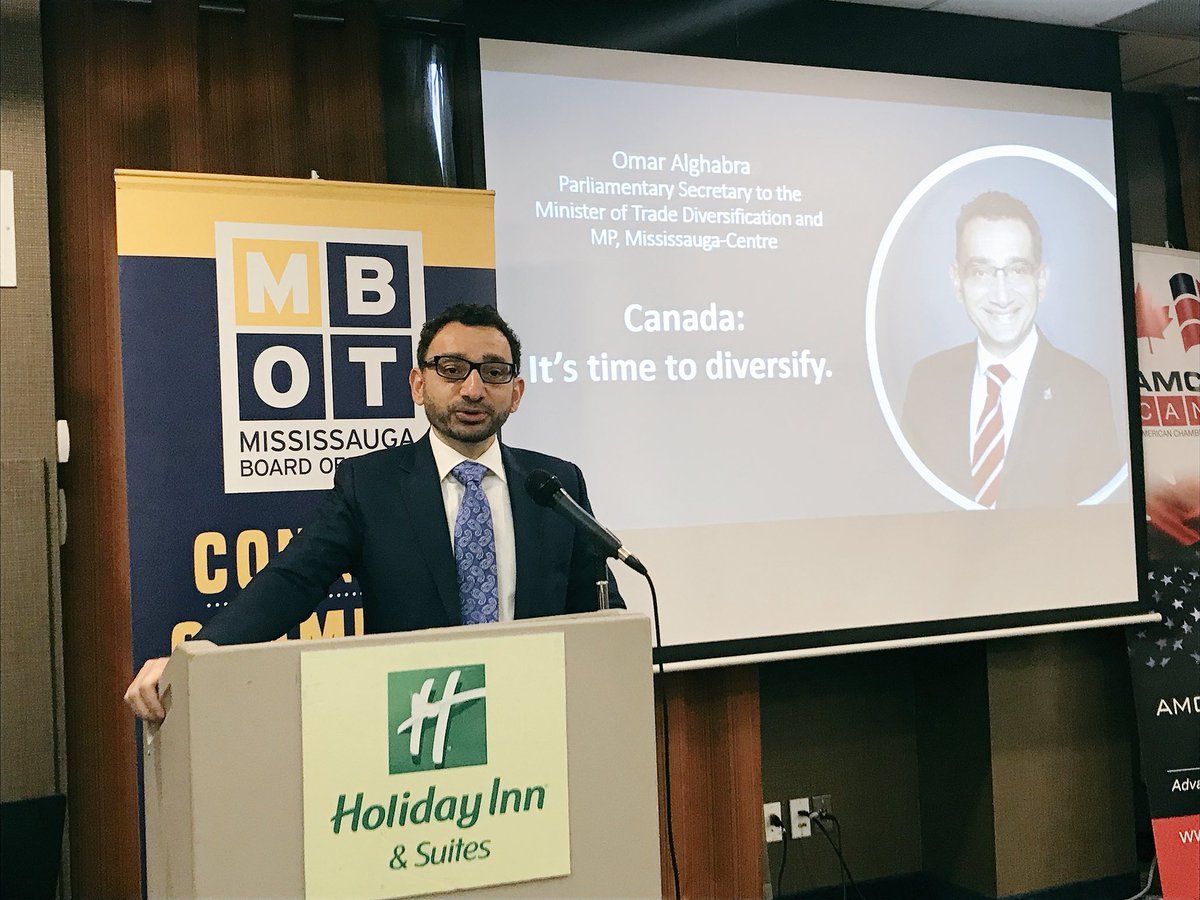 This is how it’s done, fellow Canadian Patriots. Immigration policy has created a white minority in the riding of Mississauga Centre , Ontario.

Statistics inform Canadians that in the year 2011, 60% of this Mississauga riding was Third World-Canadian. Obviously the percentage is much higher in 2019.

No wonder this rumoured ex- Muslim Brotherhood member has won a third term in office–there are not enough Old Stock Canadians for a First World Canuck to win. As it happens, this dynamic played out in dozens of ridings after the recent election. Media say nothing about it whatsoever.

CAP Conclusion: Trudeau’s immigration policy–which he shifted to the highest intake of migrants in over a century--directly results in the disempowerment of Anglophone and Christian Canada, and a corresponding empowerment of Third World, Sikh and Muslim-Canadian communities.

Then, politicians like Mr. Alghabra inform our people that for every day we reside in Canada, our communities benefit from “white privilege.”

Please do tell–where is the white privilege in this situation? Does it appear this so-called “privilege” is a growth market for Anglophone Canada– as in, our communities can look forward to increased privilege as the decades pass, as more and more ridings fall into the pattern we witness in Alghabra’s  Mississauga-Centre?

Justin Trudeau is increasing immigration intake from 305,000 per year to 340,000 per year. Is this a privilege for Canadians of European Heritage?

Frankly, CAP see not a single speck of privilege in any of this. What we see are punitive damages inflicted by government upon Anglophone and Christian-Canadians. What media see is something entirely different.

As in, they may see the truth in this, but they are prohibited from communicating such to 37.5 Million Canadians by government. Coffee? Tea? Communism?  CBC, Globe & Mail and Toronto Star do not want some 25 million Old Stock Canadians comprehending the damage Trudeau, Gerald Butts, and Ahmed Hussen are inflicting upon our people–so they BURY the entire affair.

This, fellow patriots, is the true Canada. Anyone else notice how Canadians are seeing less and less of the Canadian flag? Notice its lack of prominence during the federal election debates? Pick up on how King Justin rarely appears with a Canadian flag pin on the lapel of his $4000.00 suits?

CAP do. Here’s a wild guess– Trudeau and Butts-boy are sublimating our flag. Pourquoi? Because major changes are coming to Canada. In2019, does the Canadian Mountie always catch their man? Not at all–this symbol of traditional Canadiana has disappeared, has it not?

See where this is leading? How unfortunate 98% of Canadians do not--because mainstream media are also on board with the dissolution of 152 years of Canadian identity.

Now, one thing CAP believe to be factual is Old Stock Canada’s collective dislike of MP Alghabra. Why wouldn’t we, when this half-citizen from Saudi Arabia is known for the comment he made upon boss-man Trudeau’s victory in 2015: “It’s a win for Islam,” Omar enthusiastically proclaimed.

Is three terms as MP in Mississagua not a victory for Islam in MP Omar Alghabra’s mind? Of course it is. Winner: Islam. Loser: Anglophone Canada. Simply put, this is the Trudeau way– every day, all the way.

Majority or minority governments–it makes no difference. In King Justin’s “post-modern” Canada, it appears that Liberalism is Islam, and Islam is Liberalism.

These two are today walking arm-and-arm, steam-rolling straight over the rest of Canada– except for Sikh Canada, and oddly enough– homosexual and transexual Canada.

What an odd-ball, unprecedented state-of-affairs! CBC, Toronto Starand the rest of our ene-media say not a single word about what is trans-piring within Trudeau’s “no core identity” Canada.

As CAP stated from day one– “no core identity” informs our people that a NEW core identity is sure to come along. What is this pending“new” core? Seems to CAP it is exactly what is outlined in this article– a post-modern Canada is in reality, a “post-Anglophone Christian” Canada.