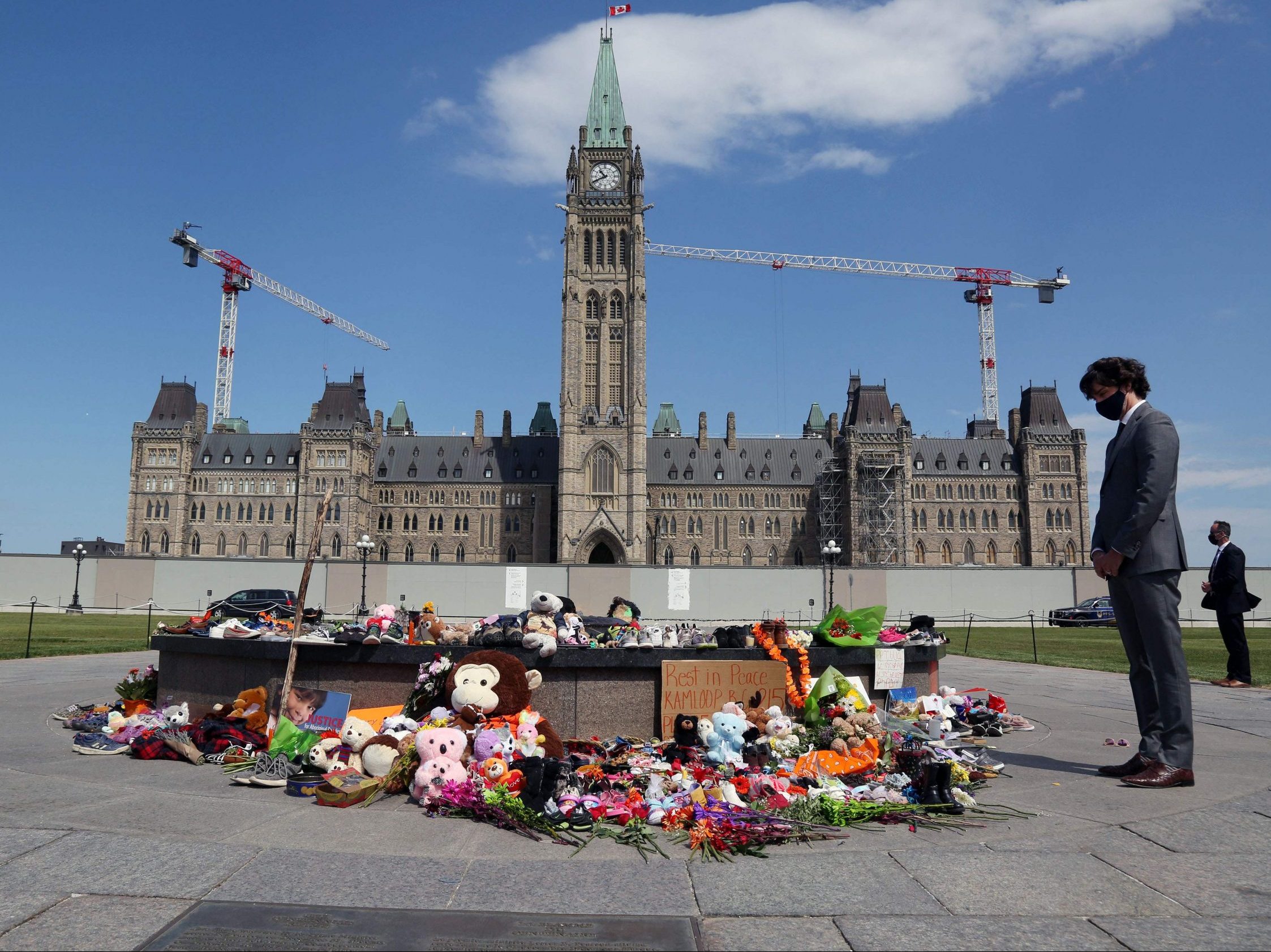 Away from mainstream media presentation, an “alternate universe” continues to develop regarding the discovery of Indigenous residential school graves in Canada. Much irony is found in those who are poking holes in the Liberal government’s residential school theory.

The push-back against accepted theory happens to be coming from First Nations leaders. On June 24th, 2021, a discovery of an unmarked grave site was reported by Cowessess Chief Cadmus Delorme which identified a total of 751 unmarked graves.

As reported by True North News, “establishment media were quick to characterize the graves as belonging to children who attended the nearby Marieval Indian Residential School. According to a band councillor, that’s not necessarily the case. Because many graves are unmarked, it’s difficult to tell if any children from Marieval were buried there.”

What a revelatory finding this is. Which, by default, indicates Canadian media organizations such as CBC, CTV, Globe & Mail and National Post will never reveal it. Regardless, what we have here is a clear refutation of government and media positioning on the residential school discoveries.

How thought-provoking it is. This suggests intentionally hyperbolic presentation from both government and media. From here, logical tells us there is a reason for this. After all, there is no question that Prime Minister Justin Trudeau’s public statements are unequivocal in presentation:

Back to True North News:

“Like the Cowessess cemetery graves, the Lower Kootenay unmarked graves are within an existing cemetery — and again the cemetery was used by the broader community.”

Perhaps this is why former chief Sophie Pierre told Global News: “there’s no discovery, we knew it was there, it’s a graveyard. The fact there are graves inside a graveyard shouldn’t be a surprise to anyone.”

Why then has the Trudeau government vehemently positioned the findings as an act of mass murder perpetrated by the Church? A damn good question it is– meaning one that shall never darken the door of any mainstream media outlet.

Fortunately for our readers, an answer can be given based on Cultural Action Party theory: The motive is found in government malevolency. Simply put, our Liberal government does not like the Church. Being the cornerstone of Christianity, it is fair to state the Liberals do not like the Christian faith either. Certainly the Covid pandemic brought this to the attention of astute Canadians– the crackdown on church service gatherings serving as evidence.

Fair to state that this social dynamic has reached into the stratosphere under the leadership of Justin Trudeau? Of course it has. Why the “coincidence?”

Because it is no coincidence at all. Canadians should, in fact, expect this kind of thing as PM Trudeau continues to nudge our nation along toward a fulfillment of the Woke Revolution. Communism is the end-game of which we speak. Within communist nations such as China, Christians are a persecuted community. In 2021 Canada, an emulation of this has become a way of life.

Justin Trudeau has therefore intentionally maligned Christian Canada. The story of the residential school situation has been leveraged to blacken the eye of the Church.

Let us be clear about what is being expressed herein. This is not a questioning of historical accuracy. It is rather an attempt to illustrate the present-day structure of society under Liberal pseudo-dictatorial rule.

What we have here may best be described as a giant propaganda campaign. As perpetrated by government in coordination with media, it is a distinct possibility the agenda is an attempt to manipulate the “collective consciousness” of our citizenship.

Just as George Orwell called it in his dystopian novels 1984 and Animal Farm. Just as it was in the former Soviet Union,  in 20th century fascist Europe, and within communist China.

Speaking of the behemoth nation, has the residential school situation not deflected public scrutiny of the Liberal-Wuhan-Chinese Scientist controversy? What a convenient “side-benefit” for Justin Trudeau. To deflect Liberal Party culpability– along with Pierre Trudeau’s personal involvement– will surely assist our current PM in winning a future election.

Based on scheming and subterfuge of this nature, one has to wonder how much longer Canada is to function as an authentic democracy. Then again, perhaps these days are already gone with the wind.