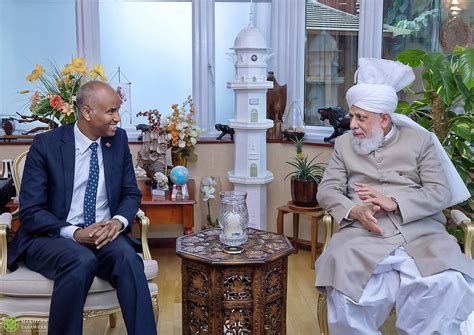 The Trudeau government and media cronies have turned a blind eye to the “refugee” crisis that has been growing since Justin Trudeau put out an invitation for illegal, fake refugees to cross the border from the United States to settle in Canada.

In the single hour a Rebel Media reporter sat  near the white obelisk alongside marking the 49th Parallel, she saw half a dozen SINGLE men cross the ditch that separates the two nations. The illegals are booked, their bags are searched,and then they are put in a bus operated by a security guard.

While having a cigarette break between busloads of illegals, he spoke with the reporter about the type of people he has been ordered to chauffeur. He said that they were “usually well off, taking a flight from the USA to a nearby airport”. They then hop in a taxi and waltz across the ditch.”

My, my–how the real world differs from Liberal-Trudeau-Globalist government media propaganda. On the topic of  Third World refugees, Immigration Minister/Third World refugee, MP Ahmed Hussen, speaks of these folks as if they are worth their weight in gold. Hussen holds a most curious position on the matter–  these illegals not simply illegitimate new arrivals–they ARE Canada.

For Trudeau-puppet MP’s like Hussen, Iqra Khalid and Ralph Goodale, Canada now exists for a single purpose: To function as a “Salvation Army National Repository For The Troubled Of The World.”

Strange. CAP do not recall anything along these lines being purported as Trudeau government policy. Did Mr. Trudeau run for office on a platform for the importation of 50,000 illegal, fake refugees?

Let’s get real. These ethno-centrics have NO IDEA what Canada means for 20,000,000 or more Old Stock Canadians. They don’t know for one simple reason–they do not care. Rather, what counts are refugees, Third World migrants, Islam, Sikhism, and the will of the refugee-obsessed United Nations.

Basically, the Trudeau government do as their string-pullers instruct. They never vary from the program regardless of what trans-pires within society. Proof positive–SNC Lavalin. No matter the accusation, condemnation and even breach of Canadian law, Trudeau & Co. deliver the exact same program of cultural eradication.

Example: Erode national sovereignty by way of illegal border jumpers. Result? The value of Canadian citizenship becomes undermined as we morph into the vision Justin Trudeau maintains for our nation.

No compromise, no variation, no adaption. To be blunt, one would be remiss not to point out that Trudeau’s favourite religious community behave in the very same manner. Perhaps a coincidence–maybe

It is critical to understand what Trudeau, Morneau, Hussen and Khalid have done to our nation. For the purpose of ideological victory, Justin has sacrificed the rule of law based upon the finding of Ethics Commissioner, Mario Dion. For the purpose of re-imagining Canada as Third World/Islamic-dominated nation, our government has circumvented the law by way of illegal refugee entry.

This is the way these people roll. One of most curious of political appointments in this regard is MP Ahmed Hussen being placed in charge of immigration and refugee policy. This man lies to Canadians. The bus driver says most of Hussen’s chosen are “well off” financially. In this case, we learn of the truth via a “ground zero”, non-partisan public employee.

Does Mr. Hussen concur? Of course not–he has a goal to achieve, and nothing-– not even the law–will prevent him from re-imaging Canada in his personal image— namely, as a Somalian/Islamic half-citizen planning to return to Somalia if boss-man King Justin looses the election in October.

This is the “post-modern” Canada Justin Trudeau informes us we now live in. It is an inversion of traditional Canadian society. Together, Justin and Ahmed work to drive our Anglophone population to the periphery of society. These folks become disempowered by way of Third World quotas for government positions and  corporate appointments. Add to this their branding as xenophobes and bigots.

It is fair to say would be nearly impossible to achieve this social inversion without lying, deceiving and propagandizing the people of Canada into meekly sitting back while the globalists  steal Canada away from our founding peoples communities.

In Shakespearian terms, both Trudeau and Hussen want “their pound of flesh”–meaning they want REVENGE for the colonial manner in which our nation was founded.

Law, order, justice, truth damned. They want it all, and they want it now.