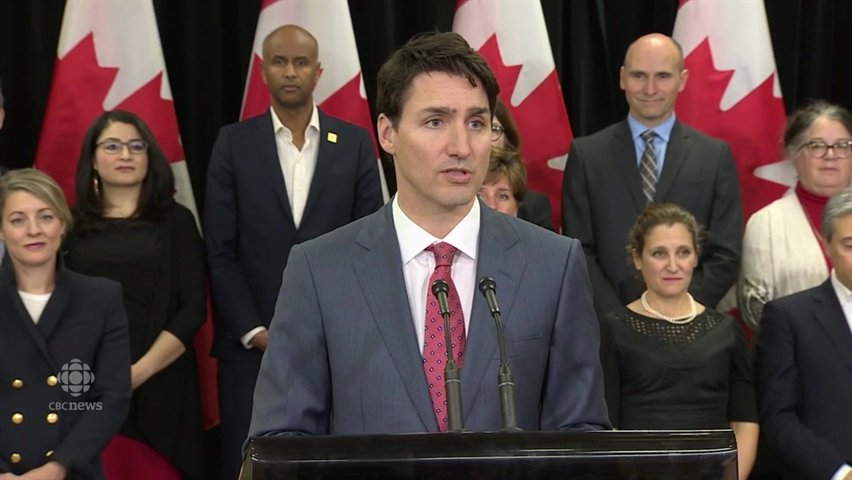 Ontario’s Attorney General is taking his fight for more money for refugee legal aid to Prime Minister Justin Trudeau. Doug Downey says the number of refugee claims in Ontario has soared by nearly 160 PERCENT since 2013 — a phenomenon he blames on the Trudeau’s government’s immigration policies.

Downey says he has received no response to his requests to federal Justice Minister David Lametti and Finance Minister Bill Morneau, calling on Ottawa to “properly fund” immigration and refugee legal-aid services in his province. Downey has now written to Trudeau, asking him to instruct his ministers to reply to Ontario’s requests to fill what he says is a funding gap of $25 million.

Welcome to the world of the Trudeau government. They REFUSE to fully compensate the province of Ontario for the GIANT screw-up our PM made with his reckless “Come One-Come All” refugee tweet. So Justin Trudeau will open the door for tens of thousands of FAKE, ILLEGAL refugees to come to Canada–but he will not provide sufficient funds(our tax dollars) to finance their existence in Canada.

Not that CAP agree with refugee in take in the first place. If it were our decision– hypothetically speaking– the doors for these so-called refugees would be SLAM SHUT. Not for some, but for ALL. Until this globalist refugee nightmare debacle is resolved, their would be ZERO refugee intake.

Unfortunately, our government does not base decisions on these kinds of opinions. Rather, decisions are based upon a long-term, big picture agenda for the future of our country. In this regard, MASS refugee intake  is a CORE COMPONENT.

The federal Liberals have been eager to criticize the Ontario Tories since Doug Ford became premier a year ago. A spokesperson for federal Justice Minister David Lametti’s office said he is “deeply disappointed” with the Ford government’s sweeping cuts — reductions that “will ONLY PUNISH” those who are seeking safety in Canada.”

Such concern Liberal MP David Lametti has. Not for CANADIANS, but rather for Third World refugee-shoppers looking to find the best welfare system PAYOUT they can find within a western democracy.

This is Trudeau-brand governance– their top concern in this area is the health and welfare of non-Canadians. Last time Cultural Action Party of Canada checked, Canada was not created for the purpose of ELEVATING Third World Refugees into a top priority for the Canadian government. Why should it be, when the result is a NET LOSS to the Canadian economy?

Yet, under King Justin–along with his ready-to-order Somalian demographic assassin, MP Ahmed Hussen, it’s a REFUGEE, REFUGEE, REFUGEE WORLD. Canada exists for the purpose of importing and funding Hussen’s Third World, Islamic and African brethren. For Ahmed Hussen, this is the SINGULAR purpose for the existence of our country. No wonder Trudeau appointed him immigration minister.

Myopic, ethnocentric, religiously superior, entitled, anti-Anglophone, and arrogant describes the attitude of this half-Canadian, drop-in refugee from Somalia. Therefore, by way of the mind-set of Justin Trudeau, he is PERFECT for his job description. This man will have Anglophones trans-formed into a minority community if it KILLS HIM.

What a crazy situation Canada finds itself in due to Justin Trudeau. Under his command, Islam is top priority. Fake refugees are pouring into our country. Our government supports re-instatement of citizenship for CONVICTED ISIS terrorists. Our government REFUSES to condemn worldwide oppression of Christians. Trudeau is providing copious amounts of tax dollars to a plethora of Third World and Islamic non-profit organizations in Canada.

Justin Trudeau and his Minister of Status of Women, MP Maryam Monsef– a mysterious Middle Eastern import of unknown origin— remain SILENT regarding illegal and Charter-breaching practices such as Child Marriage and female genital mutilation. Sharia Law is tacitly accepted by the Liberals. The Trudeau government have not issues a SINGLE STATEMENT critical of any aspect of Islamic ideology, militancy, fundamentalism, religious practice, or any other element of the impact of an archaic 7th century religion upon Canadian society.

Then, they label themselves PROGRESSIVE. And they get away with it! POURQUOI? At this stage of the game, informed common-sense Canadians know EXACTLY WHY– it is due to establishment Canadian media. If it were not for the JUSTIN TRUDEAU MEDIA PROTECTION AGENCY, the cat would be out the bag, and Justin Trudeau would be FINISHED.